New York isn’t cheap. I realized this abruptly as New Year’s Eve was approaching and my budget looked rather slim. I needed a plan that allowed me to have a memorable day of sightseeing, exploring, and celebrating the New Year without breaking my budget.

So I made it my mission to only spend $60 the whole day, but would that be enough to survive the cost of the subway, food, sightee, drinks, accommodation, and still manage to save enough money to ring in the New Year properly? Was it possible?

I bought the $10 metro card for two reasons.

This allowed me to travel to parts of the city that had a few sights that I could walk between and still have enough trips for the rest of the night.

My plan was to choose quantity or quality. My breakfast consisted of two New York hot dogs with a glass of mango juice, not the best breakfast in the world, but a New York tradition. The whole meal only cost $5, definitely the cheap option. I bought $3 worth of snacks which held me over until late afternoon. For dinner, I ate at Outpost café in Brooklyn. I ate a large portion of delicious chilli mac for $6. The food cost for the day clocked in at $12. In a city where a cheap meal runs between $15 and $20, that’s an accomplishment. 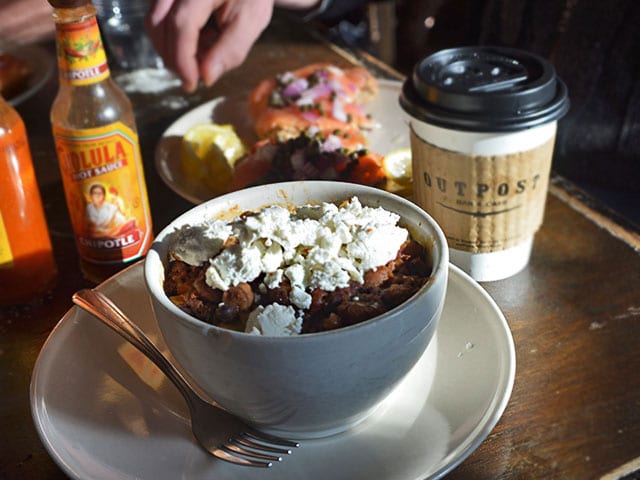 I knew in order to keep my cost low, free sights would be all I could afford for the day in order to make it until midnight. Luckily, New York has some great free options to explore.

Highline Park stretches across the west side of Manhattan. Like the name suggest, its New York’s old Highline, once the above ground metro system the city turned into a park. Scattered trees and plants across the old railroad tracks add a rustic charm. It’s one of my favorite places in New York and it’s completely free. 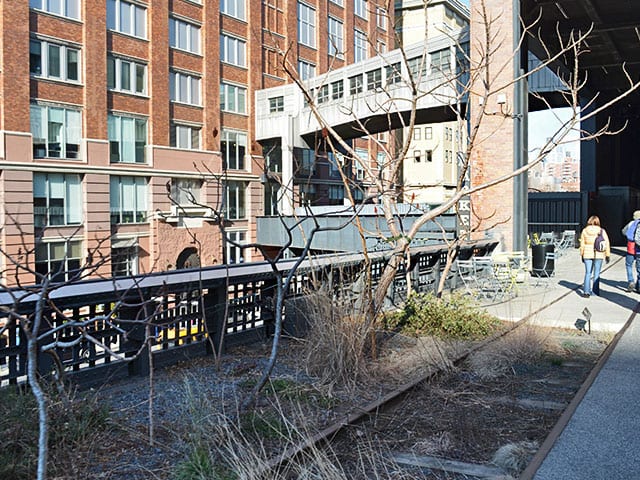 Chelsea market, located right below Highline Park, is a place market if you are on a budget. The smell of spices and food fills the air. Everything looks so amazing, but I held fast to my budget and didn’t spend a dime (that day). Even if you don’t spend any money here it’s a great place to check out. All the vendors along with the spectacular display of Christmas lights during the holiday season add an unique atmosphere. 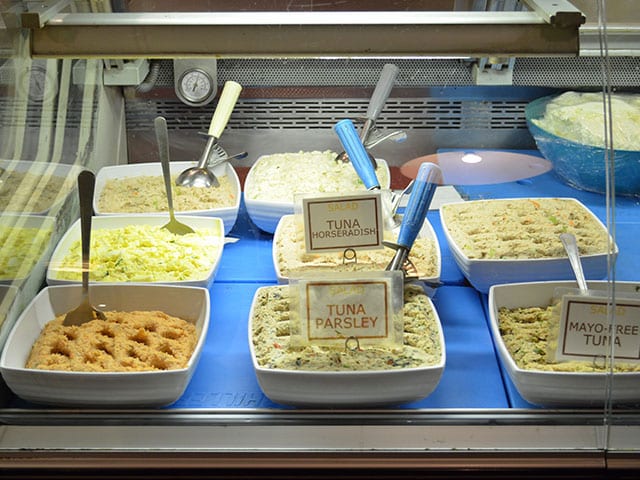 While there are boat tours that will take you close to the Statue of Liberty, I knew going on one would break my budget. Instead, I hopped on the Stanton Island Ferry. It’s free and gets you almost as close as the paid tours, plus it offers some great views of lower Manhattan. 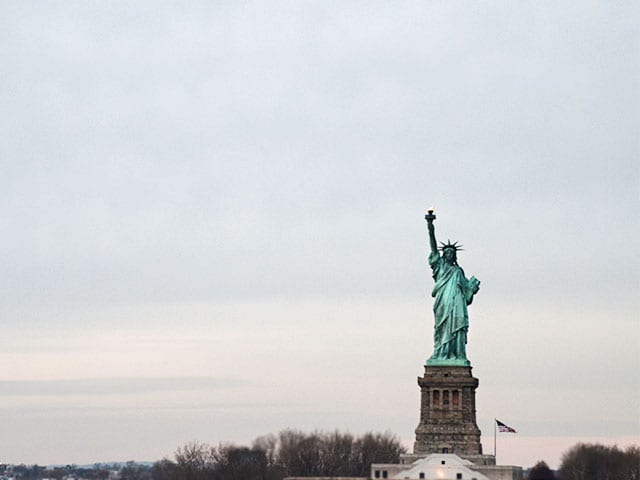 I rang in the New Year away from the madness and overpriced vendors of Times Square. Instead, I headed to Prospect Park in Brooklyn. It’s a free venue that offers bands, a great atmosphere, and fireworks that light up the sky at midnight. I only used a couple of my subway rides for a whole day of sightseeing. Now that’s sticking to my budget 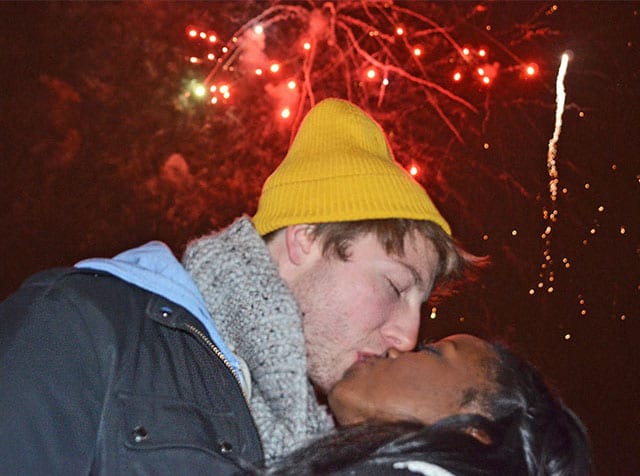 As you would imagine on New Year’s Eve, drinks were my biggest expense; but in city where a beer cost anywhere from $6 to $10, I did well. I went to the continental bar and enjoyed some of their cheap drink specials. We bought five shots and a glass of coke for $10 which I used to make my own mixed drink. This was cheaper than buying a $16 rum and Coke. I had a couple of rounds and bought a 10 dollar bottle of champagne to ring in the New Year. 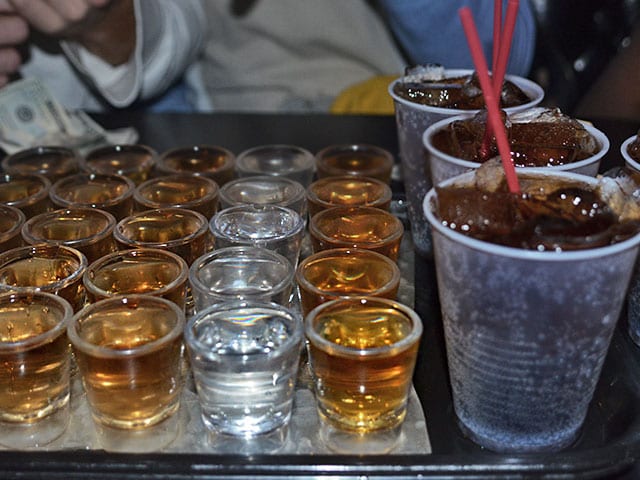 I stayed with a friend in Brooklyn, which definitely helped me keep to my budget. If you don’t have a friend in the city, don’t worry you still have great options for free accommodation. Websites such as Couchsurfing, allows you to crash on other people’s couches. Other sites such as, Trusted Housesitters allow you to house sit for someone who’s gone for the holidays.

Yes! I only spent $59 the entire day, without cutting out to many luxuries. My small budget, still allowed me to sightsee, eat good meals, and go out with my friends for a few drinks one of New York biggest days. So if spending New Year’s in New York is on your bucket list, but you don’t think you have the money, this is one way to celebrate cheaply, visit a few classic landmarks, and still get the most from your money. I did it and had one of the most memorable New Year’s Eves of my life.

Stephen Schreck is a world traveler, nomad, and mistake prone backpacker. Knowing traveling the world full-time was the only life for him he set out to make his dream his reality. He is currently trying to tackle his bucket list, a quest that leads him to many entertaining misadventures, and random locations. Website: A Backpacker's Tale Twitter: @mywanderlustlif Facebook