Those closest to me joke that I’m “unmurderable” because I travel by myself to “scary” places and, like Blanche DuBois, I always rely on the kindness of strangers. I have found myself in some dicey situations. I’ve been kidnapped and held for ransom in Arusha, drugged and blacked out in Nassau, and had my passport stolen at the airport in Sydney, delaying my flight home by a few days. I made it out of all of these situations and avoided several more by remembering a few travel and life rules to keep you safely enjoying your time on the road.

Safety seems to be the top concern when traveling solo, especially as a female. Like it or not, women in our culture are conditioned to be victims. We are taught very early on to keep a look out for the threats constantly surrounding our tiny weak bodies. This can be confusing on the road when you find yourself in new situations, where you’re forced to trust relative strangers. Forget everything your mom taught you about stranger danger! I’m not suggesting that safety isn’t important, I’m just suggesting that we stop treating everyone like they’re out to rape and murder us. 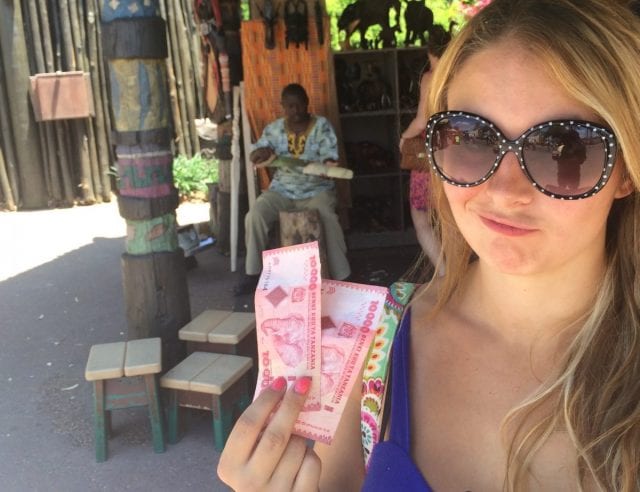 Most people don’t want to harm you.

Come to terms with this concept and your world will be a lot less terrifying. The more I travel, the more I realize that we are all basically the same, and we are all basically good. Yes, there are bad people everywhere; some set out to murder hitchhikers and some are just opportunistic enough to snatch your wallet when you’re not paying attention. These people are the exception and not the rule. Keep your wits about you and always know where your wallet is, but don’t let fear color your interactions with people. Have you thought about getting that stranger across the bar alone and stabbing him? No? Then odds are he hasn’t either. 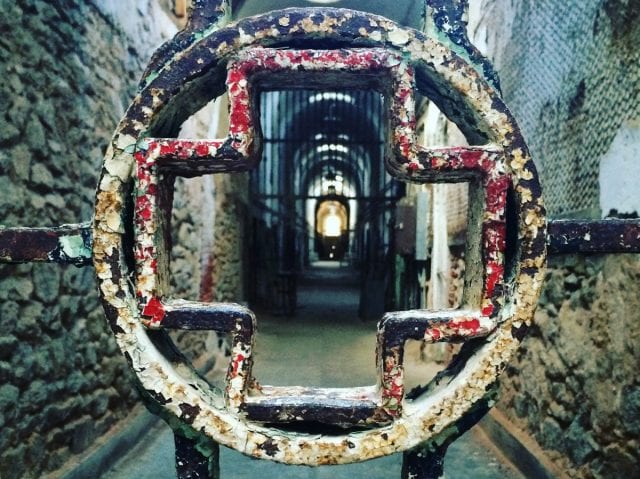 This is my biggest rule for safety on the road, or at home for that matter. At the risk of sounding a bit metaphysical, we all have intuition. It goes by many different names, “intuition”, “a hunch”, “a gut feeling”, “instinct”, however you want to identify it, the most important thing is that you listen to it. We are animals and we have evolved instincts that have helped us survive for thousands of years. In the modern world we are conditioned to ignore it or explain it away, but don’t! If something is telling you not to walk down that road, or go to that bar, or be alone with that person, heed it. Sometimes your body knows something’s not right even if your brain doesn’t yet. 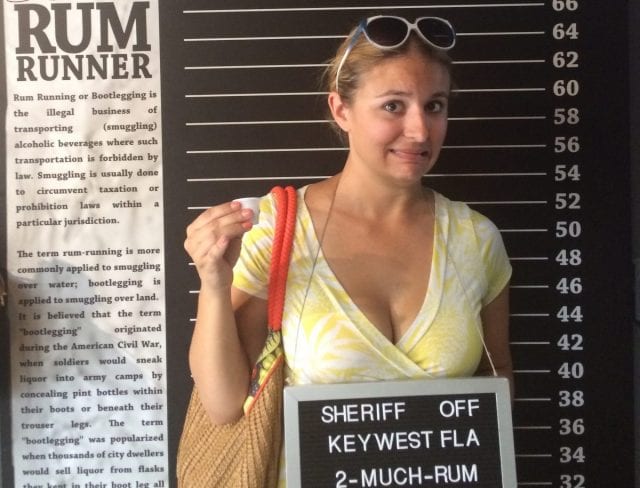 Don’t be a victim.

This one may seem glib, but hear me out. Obviously no one wants to be a victim, but some people are. I have a cousin with a bad case of what I call “victim face”, she walks around a new city wide eyed like a lost puppy. I would never suggest that she travel solo because I can already see the milk carton. To reiterate, the vast vast majority of people are good and have no intentions of harming anyone, but some people do. Those that do usually pick the easy targets; the tourist walking around lost, the drunk girl by herself at the bar, the guy counting an unfamiliar currency in a sticker from an earlier bus tour. The easiest way to not be targeted is to not stand out. Don’t seem like a victim. This includes the person I discussed earlier, that lives life as though everyone is out to rape and murder them. Not only are they missing out on some amazing interactions with fellow humans, they could be inviting exactly what they fear. Call it the law of attraction, or a self fulfilling prophecy, but walking around scared of everyone and everything makes you look weak, and looking weak makes you easy prey. I’m not victim blaming or jumping on the “they brought it on themselves” bandwagon, there is no excuse for violent actions, but why not take every step possible to prevent it in the first place?

Make light of the situation.

Make jokes about rape/murder/robbery. Sounds awful I know, but this has been a tactic of mine for years and I haven’t been murdered yet, so you could call that a 100% success rate. Once someone has passed the initial “trust your gut” test and you find yourself alone with them, start crackin’ wise. You can be as direct or elaborate as you want. Here are some of my go­tos; “You’re not going to rape and/or murder me are you?”

“I’m going to be really mad if I wake up and you’ve made off with my wallet.”
“Don’t bother stealing my identity, you’ll just get a lot of collections calls.”
“I almost never wear sunscreen, my skin would make a terrible lampshade.”
“I just want you to know that I drink so much that my organs are worthless on the black market.” “Just remember, people get really mad when blonde American girls go missing.” 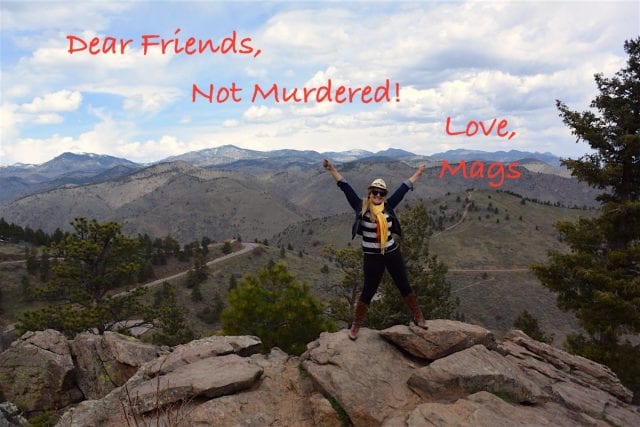 Check in with someone.

Even if you don’t have someone traveling with you to check in with, check in back home. My friends at home have grown accustomed to receiving facebook messages at all hours of the night with descriptions of who I am with and what I’m doing. I’m sure it’s annoying, but if anything happens there is a virtual paper trail. I also make sure to send a “not murdered” message at least daily. That way, if no one hears from me for a day or so, they can open their messages and see, “not sure this is a cab. Driver looks like Yul Brynner but Ethiopian. Check

on me in an hour.” Ethiopian Yul Brynner’s goose is cooked. “Check in” and “make light of the situation” work well together. If I’m going to someone’s house or I’m going to be alone with a stranger, I’ll get a full name and then say, “hold still. I’m sending your photo to my friend so she can identify you in case you murder me.” No one is going to try anything after that. 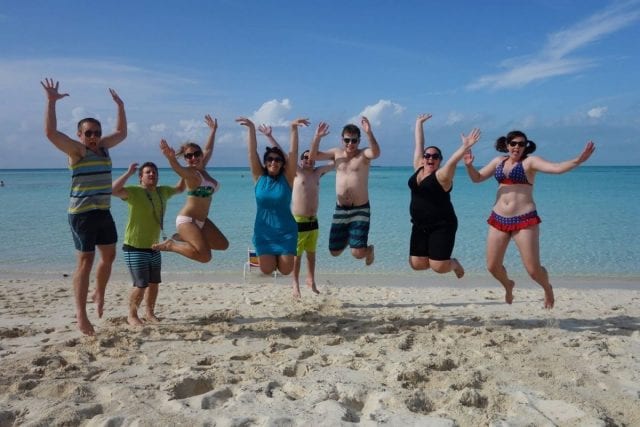 There are ways to live each day as if it were your last, while ensuring that it’s probably not. These rules may seem silly, but they’re a hell of a lot more fun than spending your entire trip clutching your bottle of pepper spray. So go out, meet new people, have fun, take chances, trust others, but most importantly trust yourself.

Maggie Garvin started Mags on the Move back in 2013 after years of guiding guest through exotic rivers and making jokes about plastic animals at the World Famous Jungle Cruise in Walt Disney World. Eager to see the world, she now guides her readers through even more exotic locales, this time with real animals and just as many bad jokes! Did you know that in the jungle bamboo can grow up to 6 stories high? Some people say 7, but that’s a whole ‘nother story.

18 thoughts on “How Not to Get Murdered Abroad”