At times like this, talking about travel can seem trivial. Of course, traveling abroad is about so much more than pretty vacations and sightseeing. One of the most important things that travel does is put a human face on foreign people. This seems more important now than ever.

For the next few weeks we will be intermittently running articles by travelers who have visited the “controversial” countries that have been targeted by Donald Trump’s travel ban. I’ve asked bloggers I know to contribute something large, or small, about their experiences in places like Iraq, Iran and Syria.

To often when we discuss politics on a macro level, the actual individuals impacted are forgotten. The goal is to bring a sliver of humanity back to the discussion, and to remind people the world is not as scary as the news might have you believe.

Understand: I’m not recommending everyone go on holiday in Iraq. I’m simply encouraging you to think a little more critically about these dangerous countries and the people who call them home, and hopefully to remember that people are people, everywhere you go.

Disney.  Vegas.  Jamaica.  Paris.  Iraq.  What is on your list to visit in 2017?  Many people would contemplate a visit to the first four places listed here, but most vacationers are not considering a holiday in Iraq.  Despite warnings, I spent five days in Iraq last spring, on holiday.

Initial research began with reading the State Department’s travel warning: “U.S. citizens in Iraq are at high risk for kidnapping and terrorist violence.  Numerous terrorist and insurgent groups are active in Iraq, including Da’esh (also known as the Islamic State of Iraq and the Levant, or ISIL.)”   The alarming warning goes on for several paragraphs.  This warning would abruptly sober up the average globetrotter on future plans to visit these historic lands.  But, I had already traveled to four (Syria, Yemen, Iran and Somalia) of the seven banned countries on Trump’s list.  Referring to the citizens of these countries, Trump stated “we don’t want them here” and need “to keep radical Islamic terrorists out of the United States of America.” So I felt comfortable practicing my own extreme vetting in determining Iraq’s safety level. 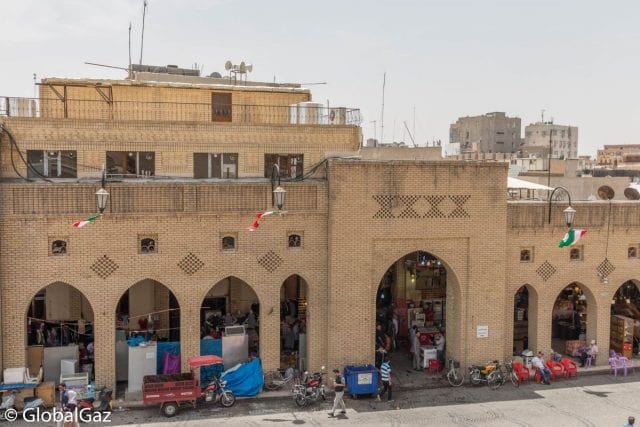 I began my secondary research for my holiday in Iraq which included message boards like Thorn Tree Forum and reading Wikitravel.  Next I reached out to friends and friends of friends who have travelled to Iraq.  And finally I was introduced to two Iraqis still living in the country to receive real time updates on the safety situation.  I had no desire to be roommates with an ISIS fighter during my vacation.

I planned on my holiday in Iraq to travel to the Kurdistan area which is a semi-autonomous area in northern Iraq.  And in country with 40 million people, there are both safe and dangerous regions.  Just like my former home city of Chicago, there are very safe neighborhoods and those which have numerous shootings.  The more I researched, I felt more comfortable with the safety and stability of Kurdistan which is populated with Kurds, the US’s ally in fighting ISIS.

A short flight from Dubai to Erbil, the capital of Kurdistan, and I began my exploration of this city and my holiday in Iraq.  Erbil is one of the oldest continually inhabited cities in the world and dates back to 5000 BC.  On a raised hill in the center of the city is the fortified Citadel, a UNESCO World Heritage site.  And at the foot of the Citadel lays the souk (marketplace), a large expense of shops selling everything from socks to cellphones to baklava. 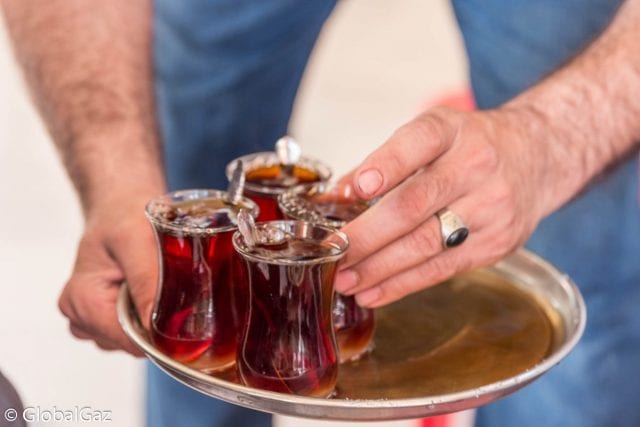 I sauntered over to the souk to hide from the scorching sun.  I shaded myself at the corner tea house and had the first of many sweet and hot teas.  Dozens of men, young and old, shared smiles, laughs and teas.  No women sat in the teahouse.  I slurped my sugary tea in its dainty glass as I watched dozens of people glide by.  Upon exiting, I noted a distinguished gentleman in a grey suit with a red tie.  I approached him with a salaam and asked if I could take his photo.  He obliged. 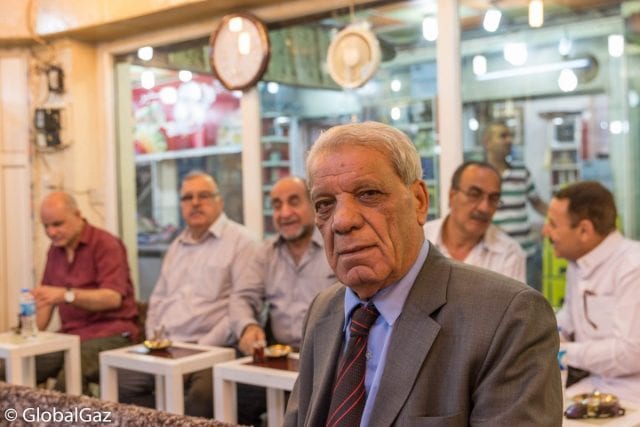 The next day, I passed the same tea house.  And I saw the same gentleman seated in the same seat.  I smiled and said hello.  He grabbed my arm and abruptly pulled me down into an empty chair.  The first tea was ordered.  I had just met the unofficial Mayor of the Citadel, Abu Ali.  For the next four hours, an English-less Abu Ali hosted me at the souk.  He accompanied me to three different tea houses.  He brought me to his favorite kebab restaurant and treated me to lunch.  I met his friends and drank more tea at the pharmacy and the luggage store.  I was introduced dozens of times throughout the souk as a friend and guest.  We sat and socialized the entire afternoon yet did not share a common language.  So despite any preconceived generalizations or concerns I felt like a welcome guest in Iraq.  And I was glad I looked beyond the stereotypes. 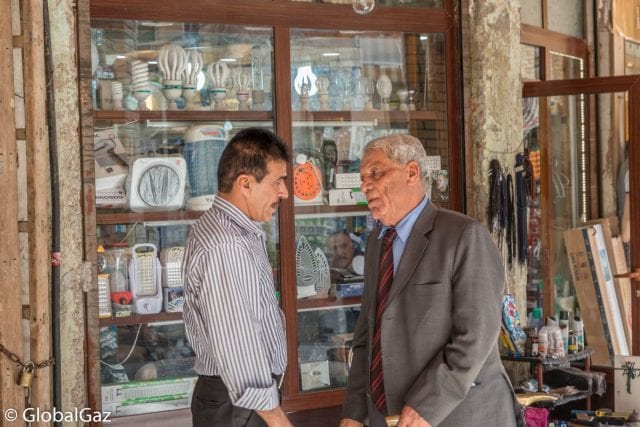 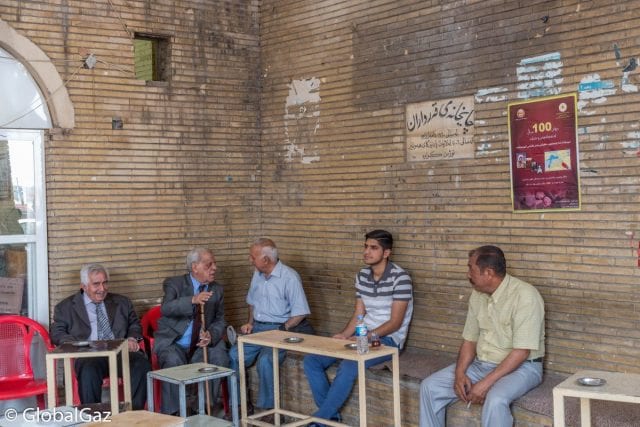 Gazarian has visited all 7 continents and has been to over 100 countries. He is on a quest to visit every county in the world.  He writes about off-the-beaten path locations, unique experiences and must-see places 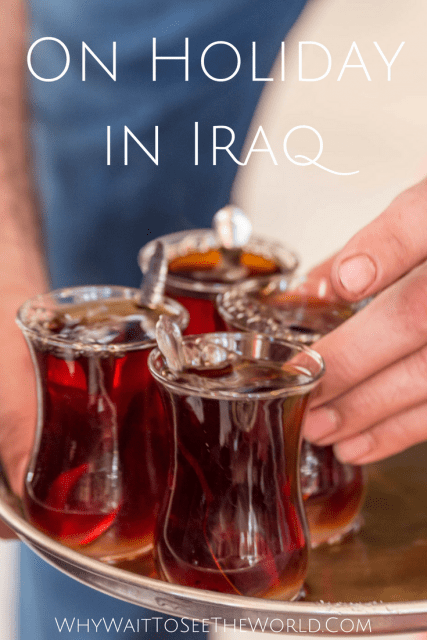 3 thoughts on “On Holiday in Iraq”