There’s an area southwest of Cairns that is a strangely pleasant hybrid of the lush tropical coastline that borders one side and the mountainous outback that borders the others. This area is known at the Atherton Tablelands, and consists mostly of miles of lush green hills dotted with floppy Brahmin cattle. Liz and I spent a day exploring this interesting region, and here is what we found: 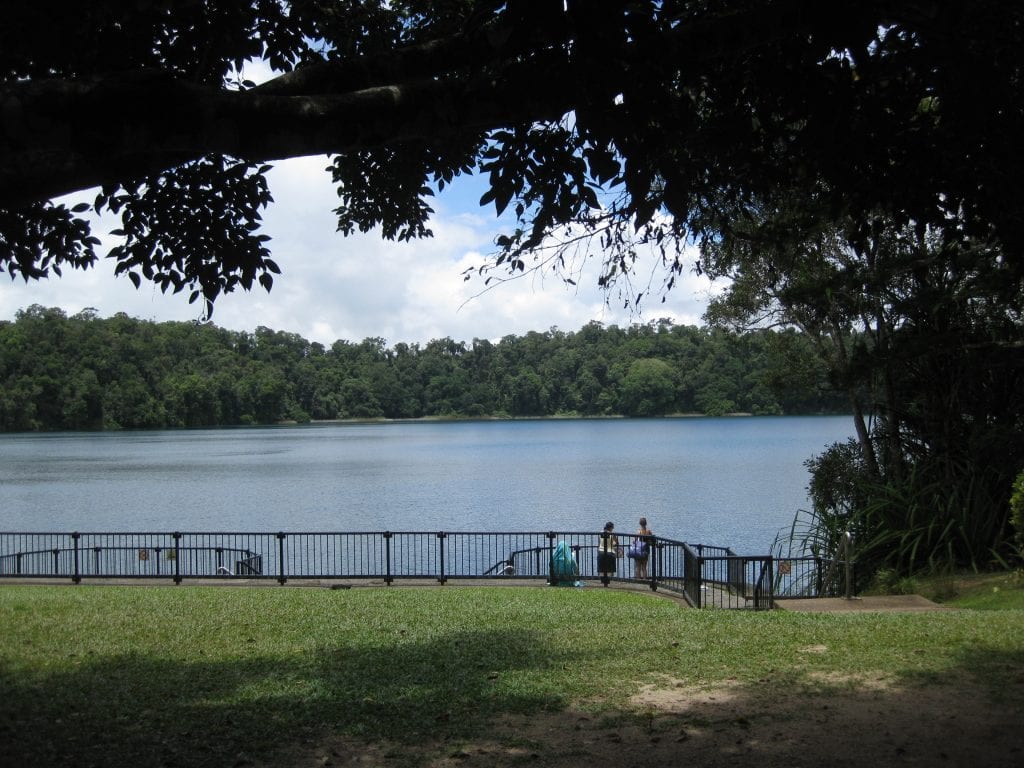 There are two lakes in Crater Lakes National Park, and it’s difficult to decide which is prettier. Both are set in swatches of tropical rainforest and both are a calm calm blue. Both have lots of hiking trails and interesting birdlife. Lake Eacham has the advantage of being swimmable, and was full of people on the morning we visited. Lake Barrine was quieter and surrounded by tropical flowers.

Lonely Planet claimes this treet looks like something from Lord of the Rings, and I’d say they are pretty spot on. A barely marked turn off the main road took us down to one of the most enormous and weird looking trees I have ever seen. 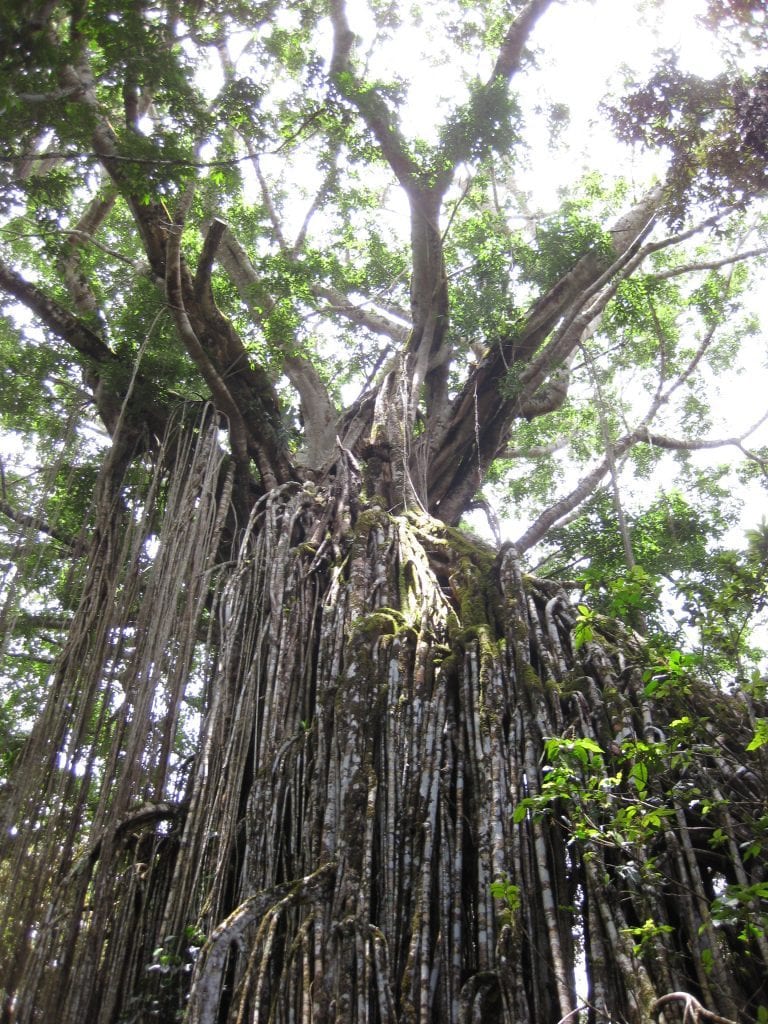 The dastardly Strangler Fig operates by growing in the branches of a host tree then reaching it’s tendrils down towards the ground. Eventually enough tendrils grow and thrive that the host tree is strangled to death and the Fig stands alone. Give on 300 years and this is what you end up with. Evil I know, but pretty cool to see. 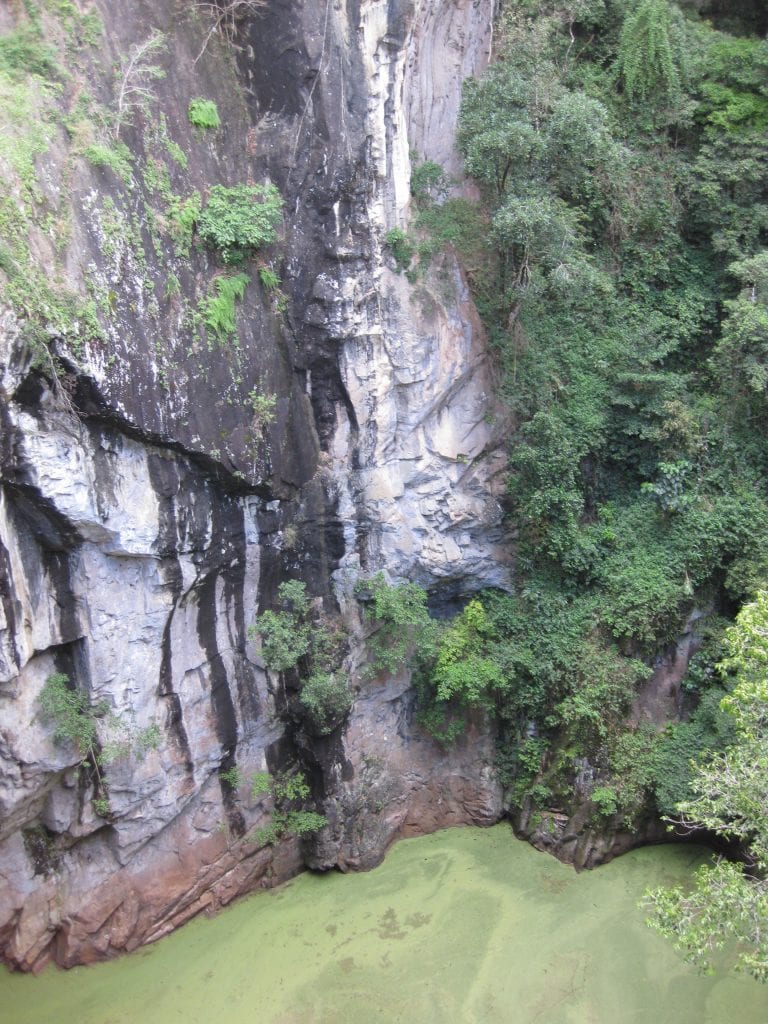 Besides being SUPER fun to say, Mt Hypipamee Crater was probably the most impressive thing I saw all day. A sudden release of volcanic gas split solid rock to blow out a hole the size of a football field, 138 m deep. It’s a dizzying drop down to a flat green, duckweed infested surface. Underneath the weeds the water leads… well nobody quite knows.

Liz loves waterfalls (Iceland link) so, despite the now pouring rain, we were excited about the self-proclaimed waterfall circuit, outside the town of Milla Milla. There were three waterfalls along the 20 km drive. Milla Milla Falls was our favorite for the fact that you could swim right up under the falls. I saw a snake at Zillie Falls, although I was far too freaked out to take a picture. The final falls, Ellinjaa, was a bit of a hike, but worht the effort. 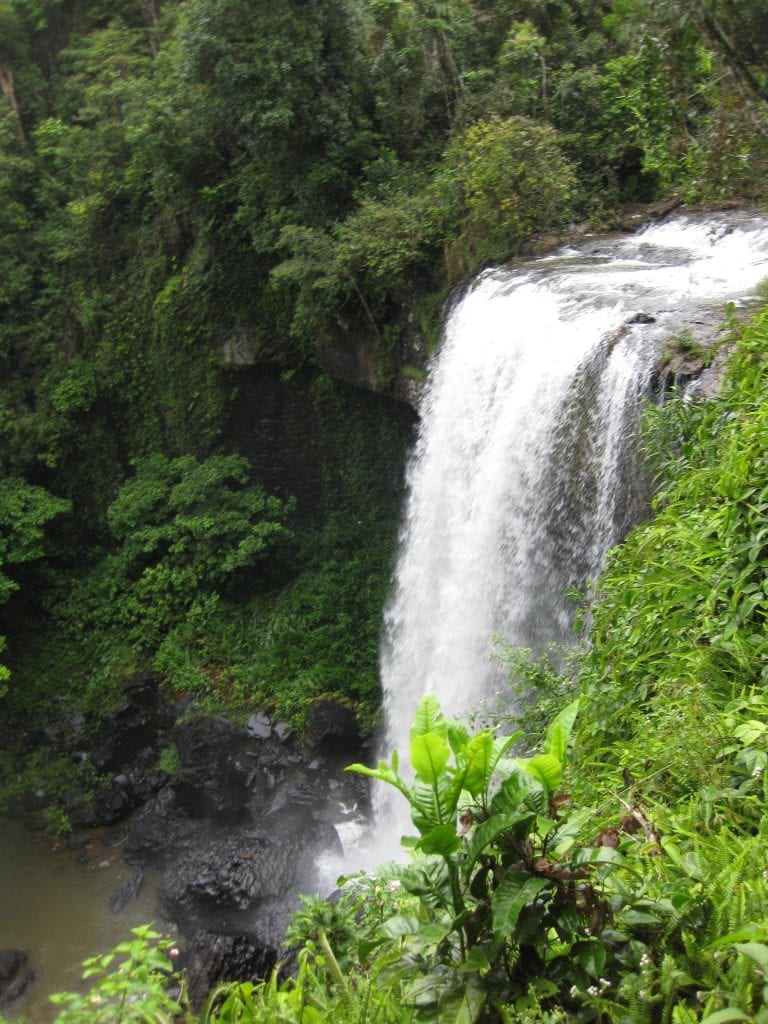 If you have transportation, the Atherton tablelands are definitely worth a day trip out of Cairns. It’s such an interesting paradox of a place: half tropical, half pastoral. There are wineries and mango orchards, sheep and crocodile parks. After a couple of days inland however, we were seriously starting to miss the beach, so it’s back to the coast we go…

5 thoughts on “Perusing the Atherton Tablelands”