I’ve never been to the Philippines but I find it to be an absolutely fascinating place: All of South East Asia’s beauty and far less of the BS. A guest post by Josh Haggars:

South East Asia has long been a haven for some 18-22 year olds who believe that partying and traveling are one and the same. Thailand, Loas, Vietnam and Cambodia all play different roles in the experience which can sometimes end with little more than hazy, drunken memories, a de rigueur piranha tattoo and a yearlong financial hangover.

How did it get to this? When did the seemingly exotic become so free of adventure? And where do you go if you want to experience those same feelings that backpackers just a few decades past would have enjoyed upon discovering incredible locations, foods and people? The answer my friends is the Philippines.

I have visited the Philippines twice over the past three years and on both occasions I felt my month long stays were far too short to fully appreciate this remarkable country made up of an archipelago of 7,107 islands. 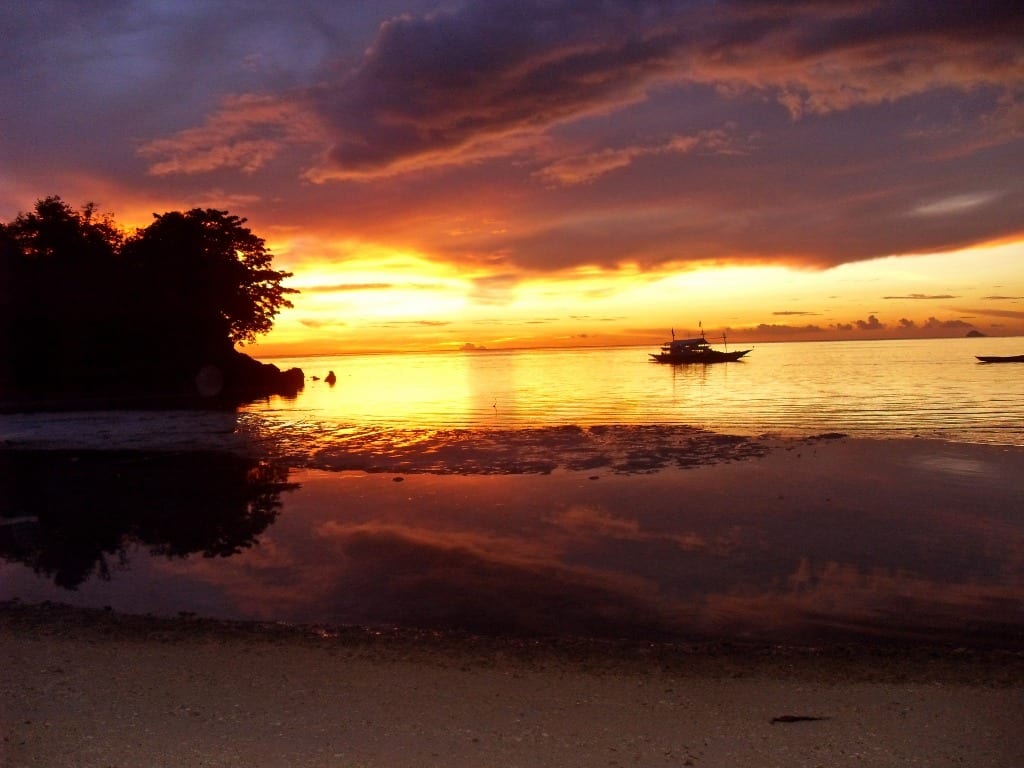 On my first visit I quickly left the country’s bustling, filthy, yet captivating, capital of Manila and flew to Caticlan, Panay Island en route to the popular beauty spot of Boracay. Landing on a runway carved between palm trees, our luggage was carried off the plane by two men, who placed it on a small, worn away table (baggage reclaim) before changing hats and casually checking our passports. Duties over they then motioned us towards a boatman who was on hand to take us across to the island. Officialdom Britain this was not and I instantly loved the flavor of the place.

Our boatman, Bong, told us everything we needed to know about the activities and adventures that the island had to offer whilst giving us a glowing run down on his family and job. Such openness and warmth from a complete stranger was but a foretaste of what was to come as he led us around town to find accommodation suitable for our budget.

This show of generosity and kindness was compounded when Bong refused to take any money for his efforts explaining that his services were covered by the Tourism Board for Boracay.

After some warm goodbyes we made our way to a beachfront of bars, scatter cushions and lanterns. The picture was stunning and serene at the same time, an un-spoilt idyll of beauty and wonder set against the light blue of the Pacific. As such it was not hard to discern why Boracay was voted as having the world’s best beach two years in a row by a number of prominent publications, including Yahoo Travel.

For despite its stark differences to Thailand’s hectic, westernized way of partying, we soon found out that Filipinos know how to have a good time, so long as it’s done their way. We made friends with a host of locals in the bars and restaurants in the coming days and nights in a way that repeatedly escaped me on any number of stays in Thailand. It soon became apparent that tourism in the Philippines isn’t separated from the local scene. Instead the two are merged in a way that makes cultures blend and interact in the same locations and it’s all the better for it.

After 2 weeks on the 7km island it was time to move on so move on we did to the land of The Chocolate Hills and the Philippine Tarsier, Bohol. 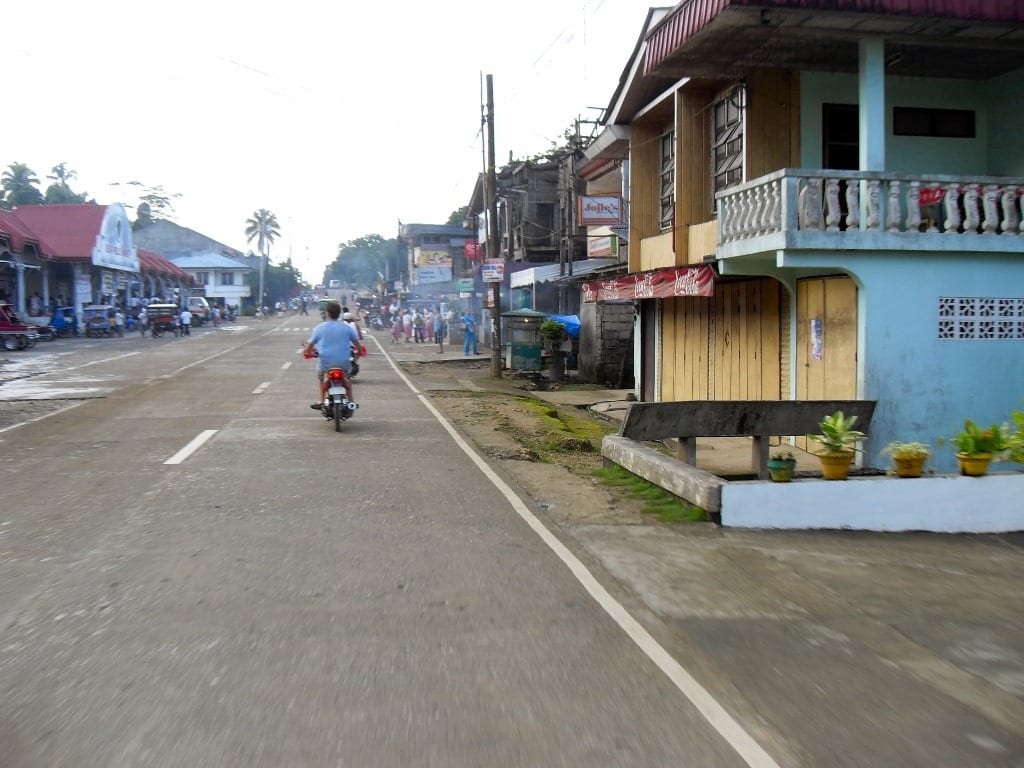 Our first few days in Bohol were spent in a rented beach hut on the white sand beaches of Panglao Island before adventure got the better of respite and we set out to drive across the interior on a rented motorcycle.

As we made our way through each isolated village in the mountain range we would routinely be joined by a gaggle of excited and laughing children who would run alongside the bike. Each village therefore required a brief courtesy stop to exchange greetings and salutations, a charming way to spend an afternoon.

The friendship was not limited to the children either as each passing paddy field would elicit a barrage of waves from the workers. This was privileged territory indeed for two such self-deprecating humbletons as ourselves.

After a night stop at a small hut like hostel in the heart of the jungle and on the shores of Loboc River we continued our ride until we reached The Jewel of the Philippines, The Chocolate Hills.

These unusual geological formations look like upturned Hershey Kisses thanks to their conical shape and are an incredible sight to behold. They alternate between a green and brown grass coverage, depending on the season, hence their name. Their natural wonder is enjoyed all the more by the sound of bellowing water buffalo in the valleys below and the fact that mass tourism is still held at bay by the break water of local villages. Long may it continue. 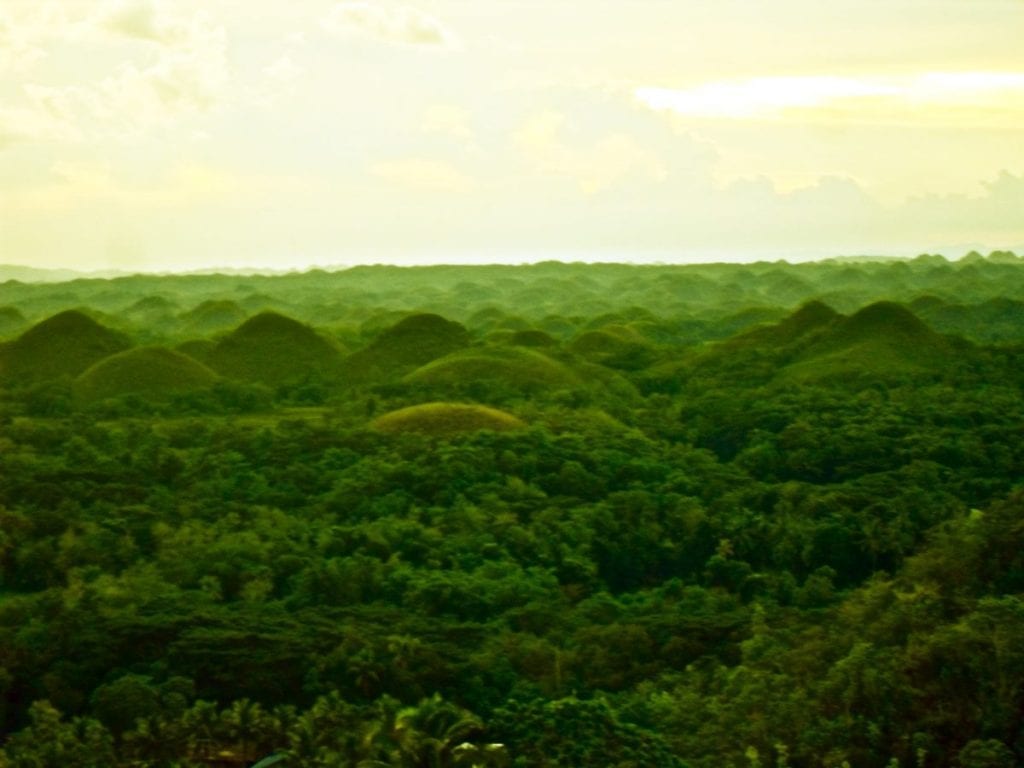 Before departing the area we snuck in a whale and dolphin boat ride off Pamilican Island. Whereas they were once hunted by Boholanos today they enjoy the protection of Philippine Law with many of the hunters now plying their trade as tour boat operators. Once again we were graciously welcomed and made to feel like one of the family as tea was poured and stories swapped on cricket, football and Queen (the Freddie Mercury kind!).

Whether because of culture or a sheltering from the worst effects of mass tourism the Philippines remains an endearing and welcoming country. It reminds me of the Thailand I only fleetingly knew in the mid 90’s before a souring of relations took hold. I find many Thais to be more focused on payment rather than service and who can blame them having witnessed some of the worst excesses of many Western cousins. But still it feels as if the general Philippine welcome remains warm and open and full of pride in their blessed geography. At times the experience can be humbling.

My advice, hurry before it’s too late! 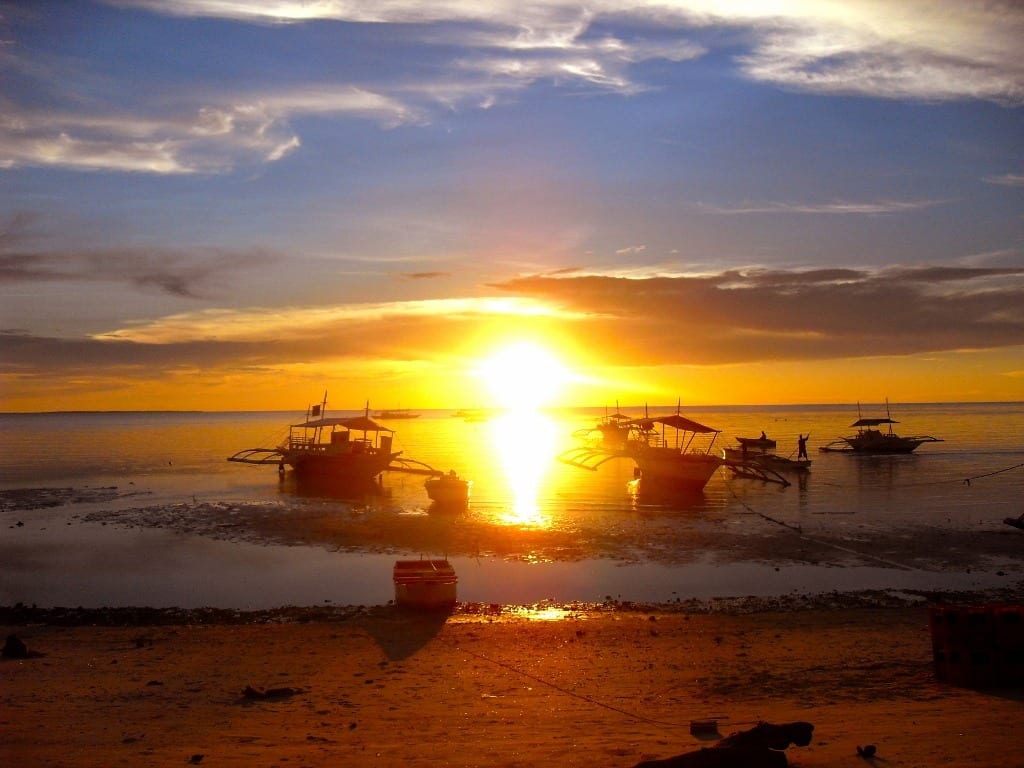 Josh writes about surfing and travelling in equal measure with his twin passions taking him to some exotic places that he likes to share. He travels everywhere in his animal flip flops as he hurriedly files his latest copy for the Flip Flops City Surf blog. Connect with him on twitter.com/joshaggars or facebook.com/josh.aggars at any time

43 thoughts on “Is the Philippines the New Thailand?”