For me, solo travel is a choice, not a circumstance. I didn’t decide to do the majority of my 15 month trip around the world alone simply because there was no one to come with me.

Rather I craved the freedom and independence that solo travel brings. Solo travel means being able to wake up every day and do what you want.

But there is no denying that solo travel can get lonely. It’s a lot easier to sit in a bar with new friends than to nurse a beer by yourself. This loneliness is one of the reasons I almost always stay at hostels. I’ve always said that even if I were filthy rich, I’d still choose a dorm bed over a fancy hotel room.

The main reason being that hostels provide a great opportunity to meet people and get that social interaction you sometimes crave as a solo traveler.

Meeting people in hostels is sometimes a matter of luck. At any type of hostel, you could meet your new best friend just because they have the bunk on top of yours. But I’ve never been one to leave anything to chance, and thus I always seek out the hostels that provide more opportunities to make new friends.

After eight months of travel and more than 75 nights in hostel beds, I’d like to think that I’ve got finding the best hostels for solo travelers down to an art form.

So here are my tips for finding the best hostels for solo travelers where you are bound to have loads of fun.

Look for hostels with activities and events 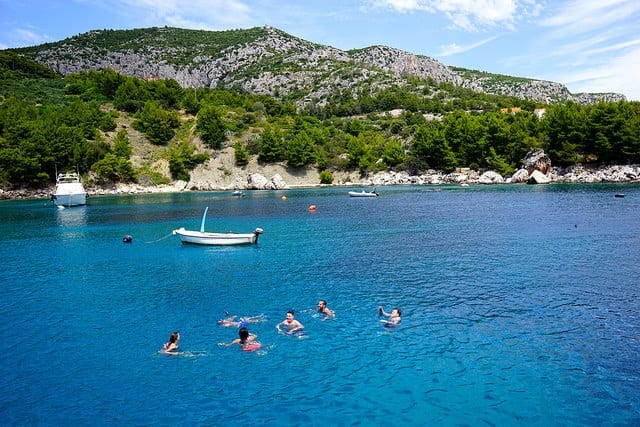 Many hostels run activities that make it incredibly easy to meet people. The number one thing that makes me immediately book a hostel is if they offer ‘family dinners’.

The Yes Hostels I stayed at in Portugal offered a three-course meal with unlimited beer and sangria for two hours for only €10! Other than a great way to save money, there is nothing that makes meeting people easier than all sitting together at a table sharing a meal.

Other hostels might run specific tours to nearby towns, walking tours, or even boat trips (such as the one I took with Earthers Hostel in Hvar). Such events bring the hostel together and make it easier to meet people and obviously makes them some of the best hostels for solo travelers. 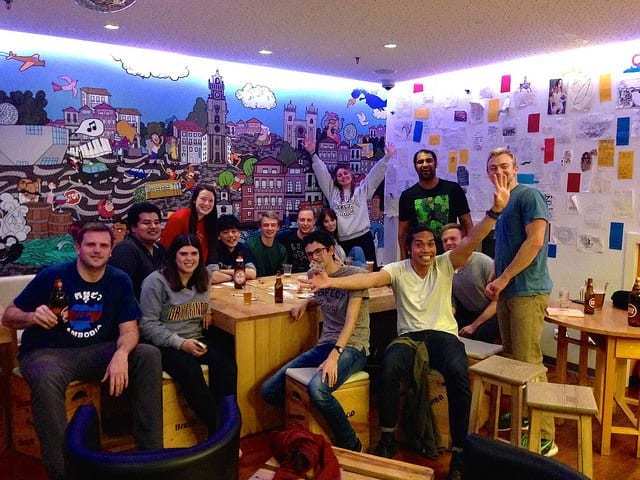 If there are hardly any common areas outside of your dorm rooms, your chances of connecting with people fall. If there are no common areas, the only opportunity you have to meet people is in your dorm room. There have been so many hostels I’ve stayed in where I haven’t even seen my other dorm mates, but met so many great people in other parts of the hostel. I’ve forged so many friendships in the hostel kitchen or out on the hostel rooftop.  So look for a common room when looking for the best hostels for solo travelers. 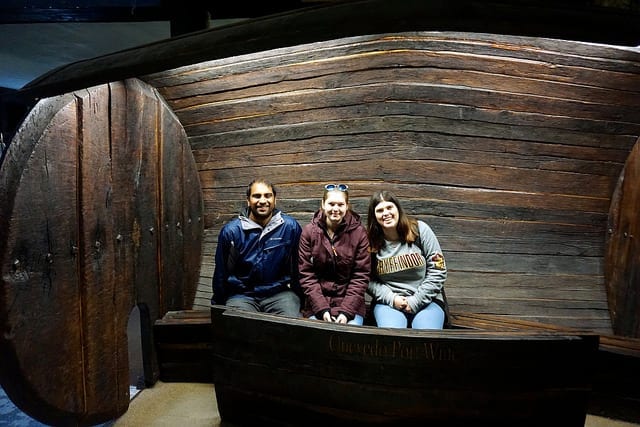 I always check out the size of the hostel when I’m booking it, and I avoid large hostels at all costs. I find large hostels are really commercialized and impersonal. The staff at the front desk won’t know your name and it’s easy to get lost in the sea of people.

All of the small hostels I’ve stayed at have been amazing, as everyone just seems to hang out together. When I was staying at Surfing Extea in San Sebastian, there were only eight of us in the hostel so we all ended up bonding in the lounge room before going out to celebrate San Sebastian Day. I had a similar experience at Split Guesthouse in Croatia when all fourteen of us joined the pub crawl. 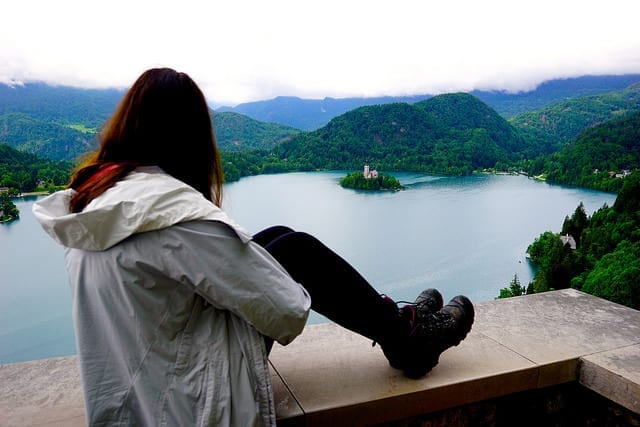 “This hostel was amazing. Sam, George, Penny and all of the staff were amazing and it was really easy to meet people.”

Whenever I’m searching for hostels these are the sorts of reviews I’m looking for, as they give me some kind of indication of what the hostel is like. That doesn’t mean you can always trust reviews- some people have different expectations than others, but they can be useful. I specifically look for mentions of the names of member of staffs.

I find hostels that have really good staff are always going to be more solo friendly. I’ve had staff immediately introduce me to people upon arrival, others have invited me to sit and eat lunch with them and other people from the hostel.

In Kotor at Montenegro Hostel I had trouble meeting people because there were not many people around. Instead, I ended up going to the beach with some of the staff from the hostel and went out for a beer with them. 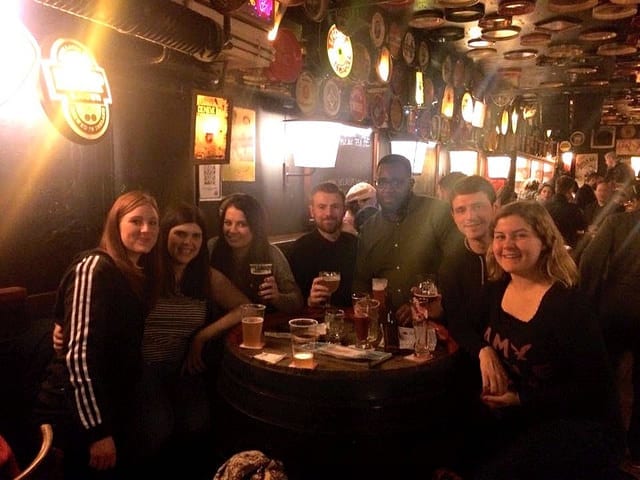 I feel like ‘party hostels’ come with negative connotations. They invoke images of people who drink all night, of vomit-covered bathrooms and loud, drunken and obnoxious dorm mates. But in most situations, party hostels are a great way to meet people and can be some of the best hostels for solo travelers.

Party hostels always have events on, they always have common areas where people are drinking and getting to know each other, and thus they make it easier to meet people. That said, I’ve never stayed at the huge, extremely popular party hostels like the Flying Pig in Amsterdam or Retox in Budapest.

Instead, I’ve found a happy medium where hostels encourage people to go out but still have a curfew so I can sleep when I want to. Caste Hostel in Bled closed its patio at 11 pm at which point most people headed out. The same curfew existed in Hvar at Earthers Hostel.

On the road, you’ll bump into lots of well-travelled people. Chances are some of them have been to cities that you might be planning to visit in the future. Don’t be afraid to ask them if they have any recommendations for the best hostels for solo travelers.

This has helped me in booking lots of hostels over Europe, and in some circumstances not booking certain hostels. People are very quick to tell you NOT to stay somewhere if they had a bad experience.

I have a constant note in my phone full of cities and hostel recommendations!

Be open with yourself and other people

As a final note, no matter where you stay you are going to find it easier to interact with people if you put yourself out there a bit. Don’t be afraid to ask the group of people in bikinis slathering sunscreen on themselves if you can join them at the beach. No one is ever going to say no because chances are they have been in the same situation themselves.

But it’s a two way street. If I’ve already met people and we are going out for dinner, I always extend the invitation to people in my dorm bed. I’ve been that lonely traveler before.

This is not a perfect list. You might follow all of these rules and still end up in a terrible hostel. But since I really began to evaluate hostels, and not just search out the cheapest price, my strike rate has improved. I very rarely find myself alone when staying at hostel.

Well unless I want to be!

How do you pick the best hostels for solo travelers?

Looking for more advice on solo travel?  Be sure to check it all out here!

For two and a half years Britt worked two jobs while studying a law degree in order to achieve her goal of traveling through Europe, Central and South America for 15 months. By combining her trip with a study abroad program, and a small break from university she was finally able to set off on her adventure in November 2015. Her aim is to prove that with the right determination, work and planning travel is accessible to everyone, even students. You’ll find her travel stories and other travel tips specializing in student travel at her blog- Adventure Lies In Front as well as her latest updates on Instagram and snapchat (brittytt). 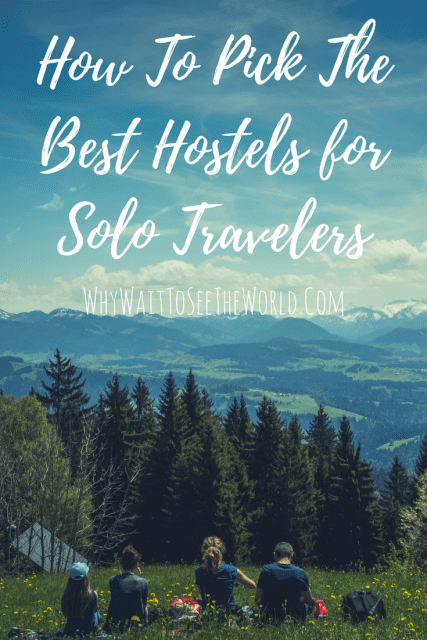