Last week I asked you what places you would like to re-visit and boy did you ever answer! I can’t remember the last time I got that many responses on a post- and they were all so thoughtful! Here were the highlights:

Some of you guys wanted a second chance in order to be more thorough in your exploration:

India for sure. We spent 6 weeks in India at the end of our yearlong RTW trip. Our thoughts were that we would be professional travels and would be able to more easily adapt to the chaos that is India. While part of that was true, we were also tired and ready for some comforts of home after being on the road for so long. It’s not that I didn’t like India, it’s just that I was so tired of the annoyances that travel sometimes brings, that India was probably not the best place for me to be at that time. I know it deserves another chance, and I can’t wait to go back someday.

I spent 5 months in London and embarrassingly hardly ever left the city. There’s a LOT more of Great Britain I want to see… Scotland, Wales, the highlands… And a lot more of London, too!

(Those are two different Adams by the way). I can definitely agree on the wanting to see more of the UK. 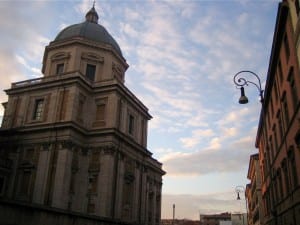 Some of you wanted to return to a place in order to make up for a missed opportunity:

…if I had to choose it would be Leh in northwestern India. My husband and I did a three-night trek up to the peak of Stok Kangri. He made it to the summit, while I only made it to the second base camp. I had to give up due to altitude sickness.

Yes, if I were to go back anywhere it would be to that peak – slowly this time, to ensure I could stand with him on that mountain.

I would definitely like to go back to Paris because the first and only time I went I sprained my ankle and it was raining all the time. I’d love to go back in the spring or fall and give it another shot. 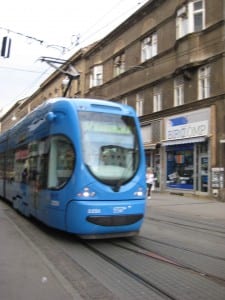 Some of you just flat out fell in love:

Although we spent 3 months in India it’s a place that always calls us back. After our round the world trip it was there and Cook Islands that we missed most- aah those crystal clear waters…

I have to go back to Estonia one day. My first trip ever outside of the country was there in 1995 and 1996. I am sure a lot has changed but I wouldn’t have the desire to travel if I hadn’t gone there in college. Something inside of me stirred – a passion I never even knew I had. It was a divine trip for me, in many ways. Estonia will always hold a special place in my heart. Your “first” always does.

Sevilla, Spain. I studied abroad here and I loved it.
Granted it might not be the same going back, but there is just something about the Andalusian lifestyle. Maybe it is better to live than visit? However, I worry that if I went back it would not be the same and the romantic nature of the city would be lost. Perhaps it would be better to state that I wish to travel back in time to when I was there before and live it again, in my early 20s. As you can see, I am conflicted between the desire to revisit and the worry of (to quote Thomas Wolfe) You can’t go home again. 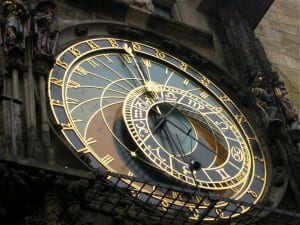 Oh and also a lot of you spoke up for poor maligned (by me) Prague:

After living in Prague for 4 months I find that is comes close to my favorite city, which also happens to be London. If you ever get around to revisiting I can provide a bit of “insight” into what I found spectacular…

Although I’m a bit biased since I lived there for five years, I’d definitely give Prague another go. Let me know if you’re going so that I can steer you away from those awful souvenir streets that have taken over parts of the old town.

You guys have convinced me that Prague really DOES deserve a second chance. Hopefully I can give it another shot when I am in Eastern Europe next year, in which case I will definitely be asking all of you for advice.

It seems like everyone has at least one place they want to return to- and most of you have several. In the end I have to agree with Sasha who says:

I think nearly everywhere I’ve visited I want to go back too. Unless I live there or spend a lot of time somewhere I always leave feeling like I saw it all but did I really experience it? did I get to the heart of it!?

That’s the kind of true exploration that really can take a lifetime.

6 thoughts on “What Places Deserve a Second Chance? YOUR Answers”