There are so many things I could say about Plitvice Lakes National Park, but none of them do it the justice that this pictures does: Doesn’t it look like some sort of lost world? I half expected to see a dinosaur lumbering out of the bushes at any moment. In actuality, Plitvice is one of Croatia’s most popular tourist attractions. It’s a sort of wonderland of lakes and waterfalls, big and small. The lakes are created by runoff from nearby mountains running through travertine rock, a kind of dissolvable limestone. There are 16 lakes total, although it’s difficult to tell where one ends and another begins. The water changes color from pool to pool and based on the sunlight, but all of it was eerily translucent the way only water that is completely untouched can be. Pathways wind around, over and behind the waterfalls, allowing you to see the lakes from every possible angle. Water runs everywhere in an endless cascade. Even through the steps: 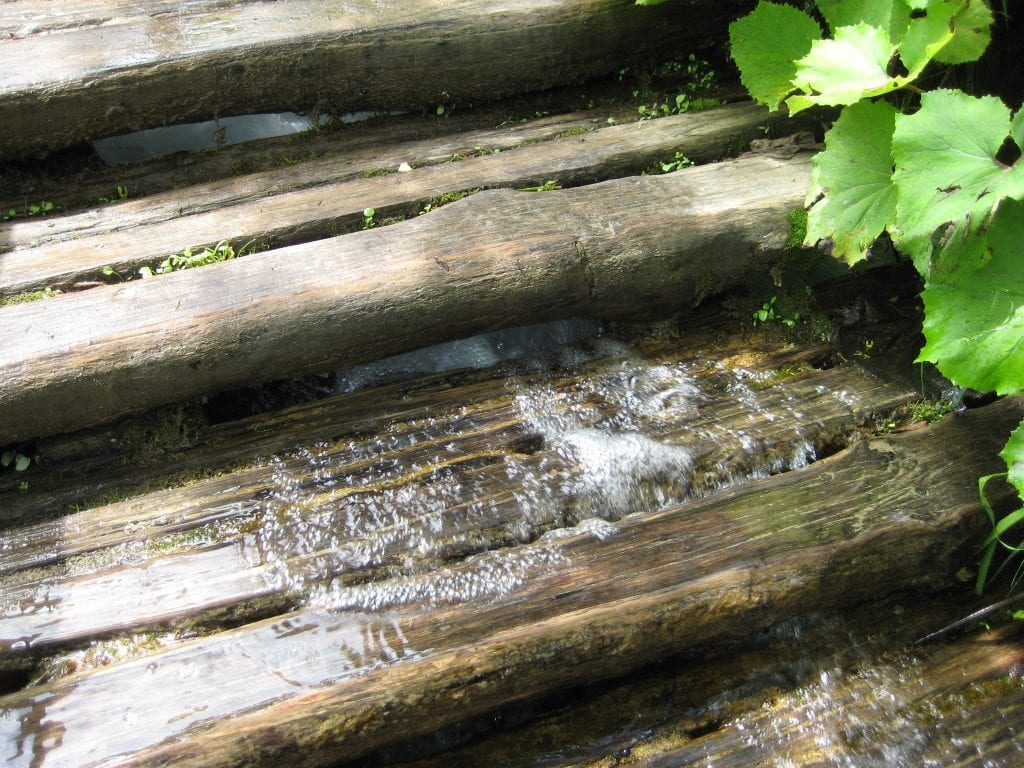 I visited Plitvice with some of my new Australian Party Cruise friends and we spent a full day wandering the trails, above water pathways and caves of the park. In mid-June the park was busy- mostly with local Croatian tourists and buses of Japanese  travelers, but not annoyingly so. There was plenty of space to walk peacefully and enjoy the beauty of the park. It won’t surprise you to know that Plitvice is a UNESCO World Heritage Site. Somehow, despite being incredibly popular within the Balkans, it’s mostly unknown outside of the region. It’s one of my favorite places I’ve visited and I really can’t recommend it any more highly. 34 thoughts on “Plitvice National Park: The Land Before Time”