A couple weeks ago I featured a round up of cute dog pictures from around the globe. It was such a hit, and I received so many more pictures that I decided to do a part two. Here’s my contribution: a cute and lonely puppy on a sunny day in Prague. 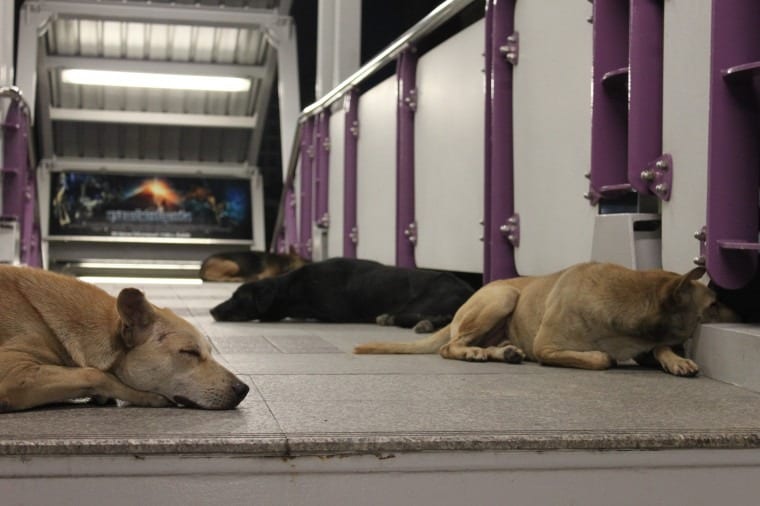 From Adventure Rob: a photo I took in a monorail station in Bangkok after dark, as it turns out, it is a refuge for stray dogs at night, where they all huddle up. Here we have Moose, Jillian’s dog, on an American road trip: Notice how he just sat there sleeping and panting. He didn’t even offer to drive, pay for gas or tolls – freeloader! 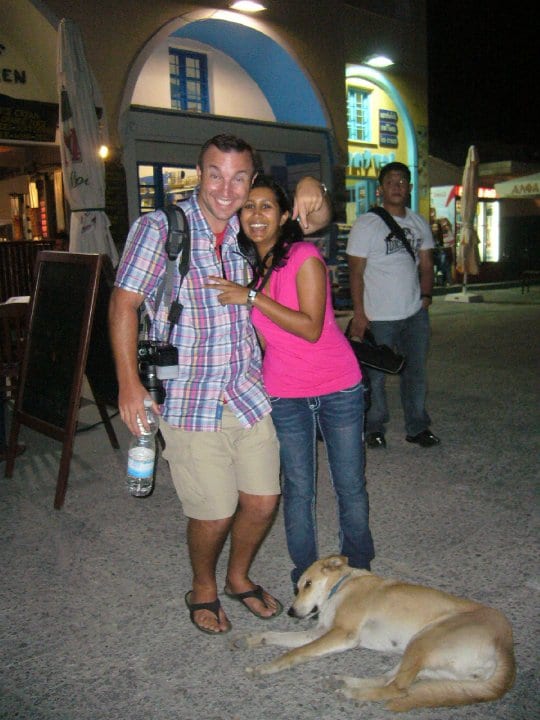 Manali and Terry cuddled this sleepy pup while waiting for a bus in Santorini, Greece. Santorini must be full of friendly street dogs, because Matt from LandLopers befriended this little guy there as well. 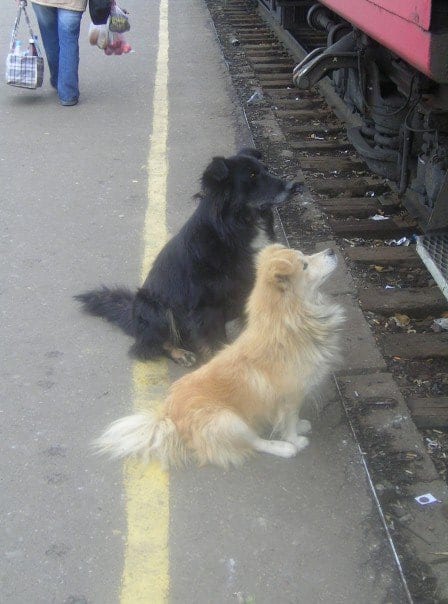 Tom, from Heading There, and his wife shot these two eager guys waiting for the Trans-Siberian Train in Russia. 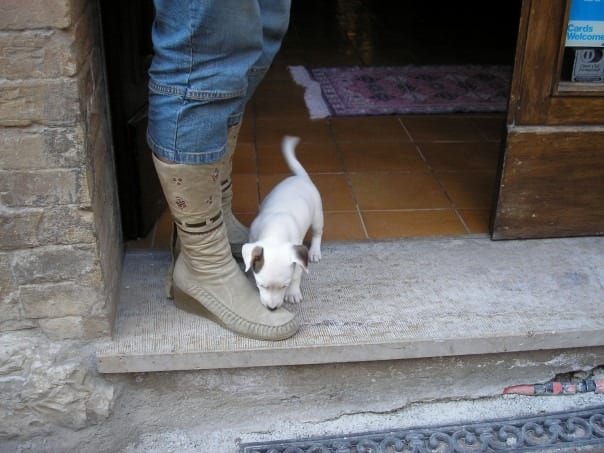 In Assisi Adventurous Kate found this guy: I saw this puppy in a shop on one of the side streets that you traverse while climbing up to Rocca Maggiore, the tower that overlooks the town and the surrounding Umbrian countryside.  He was so tiny — not even a foot long! 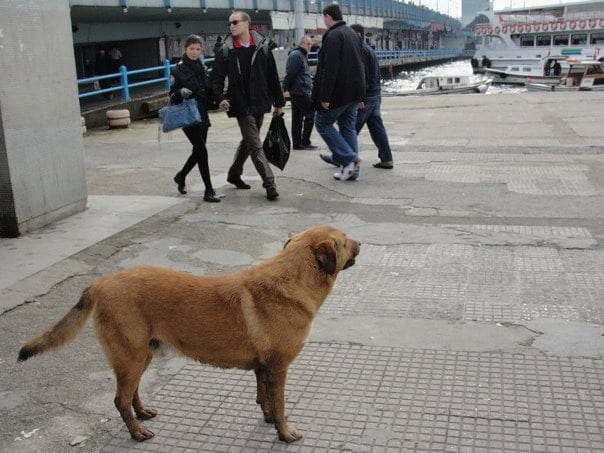 This homeless dude was spotted by Emily from Maiden Voyage, in Istanbul. 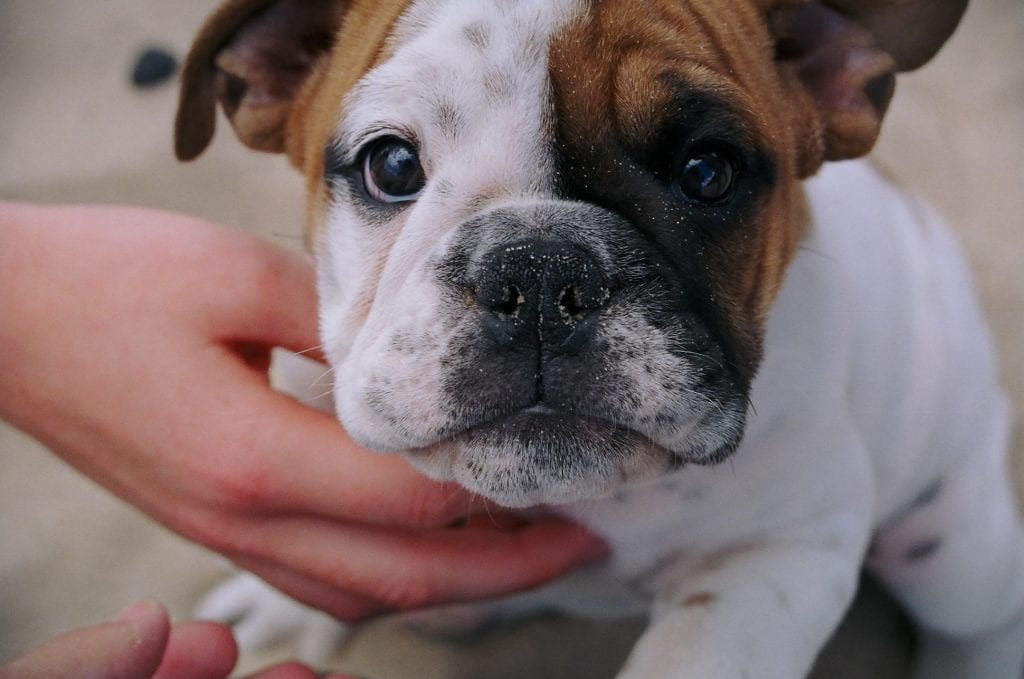 This one just KILLS ME, he’s SO CUTE! He’s got a good story too. Says Kirsten: I was on a trip with my mother and another of her boyfriends, a total third wheel.  I wanted to escape the small house we were all sharing so I went for a walk on the beach, which always cheers me up.  I ended up spotting this guy alone and stopped to hang out with him for quite a while.  At that time, I wasn’t a huge fan of dogs but this little bulldog kind of melted my heart that day.  He convinced me of the “man’s best friend” label because I couldn’t be upset anymore when I looked into his smiling face!

So there you have it, more cute puppies. I do realize that most of the dogs are street animals though, and there is a certain element of sadness in that.  However, Matt has pointed out to me that we don’t HAVE to be passive observers of this seemingly worldwide problem.  Many local SPCA and animal control associations welcome volunteers and donations. It’s something I plan to look into during my RTW, and I encourage others to as well!