Spend a little time in El Salvador and I am sure you will come face to face with a thing called a pupusa. No, it isn’t an innuendo, no it isn’t a type of rodent or insect, and finally, no it isn’t a form of transportation.

It’s actually a REALLY popular dish in El Salvador and throughout other countries in Central America. 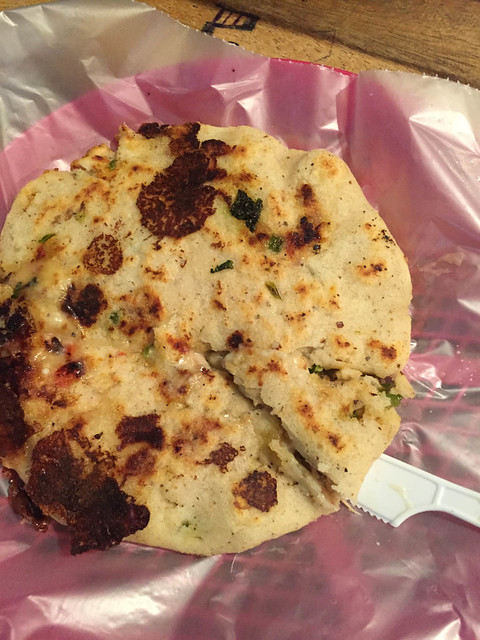 I recently made my way through the backpacker trail of Guatemala and Nicaragua. A common stopping point that I heard about time and time again between the two countries was El Tunco, a sleepy surf town, in El Salvador. Once I figured out that the trip from Antigua, Guatemala to Leon, Nicaragua would require a stop over in El Salvador anyways, I decided El Tunco and a couple days at the beach was a perfect stopping point.

Even before setting off for El Tunco, I started hearing about the elusive pupusa. This is probably because street food is rare in Central America and even more rare was GOOD street food. Food often was my biggest expense during my time in Central which was quite the shock to my system after spending ample time in Southeast Asia with $1 USD street noodle bowls, and $.50 street meat kebobs.

As the shuttle dropped us off in El Tunco, I was excited to try out this street food everyone couldn’t stop talking about. I did a little research ahead of time to make sure it was something I could eat because I couldn’t eat gluten or eggs due to food allergies. Luckily, it seemed to be a safe food so I was free to indulge. 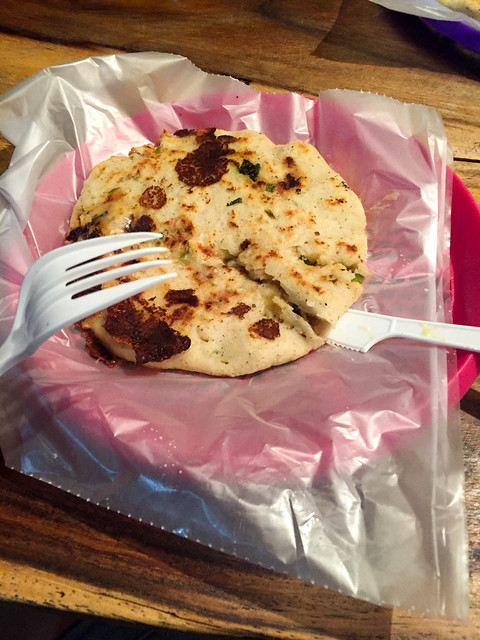 In its most simple form, a pupusa is a savory cornmeal pancake of sorts. It’s made with masa harina (cornmeal flour), salt, and water. The mixture is hand kneaded and fried on a hot skillet or griddle. It resembles its close cousins the arepa and the gordita; the fillings, however, are completely encased within the papusa instead of spilling over the top like the arepa and gordita.

Fillings include cheese, beans, pork, chicken, garlic or even loroco, a Salvadorian edible flower. They tend to be rich and very cheesy. Because of this they are usually topped with a pickled cabbage, radish and carrot mixture. In addition to the pickled veggies they often topped with freshly made mild salsas that aren’t too spicy.

The best part of pupusas? You can eat them for breakfast, lunch AND dinner! Pupuserias in El Tunco ranged from little stalls in the markets to a stand next to a church that were manned by nuns to full on restaurants with menus and matching chairs. The favorite of the travel crowd? The pupusas served up by the nuns at the church of course! They were a good price at $0.50 to $0.75 depending on the filling. The fillings were a little more creative than the typical cheese, beans and pork. And they were served by nuns.

Depending on your hunger level, 2 was usually enough, sometimes 3 made their way onto my plate somehow. At the very maximum that was $3 USD for a meal, thus solidifying its place as the cheapest meal I had during my two months in Central America. 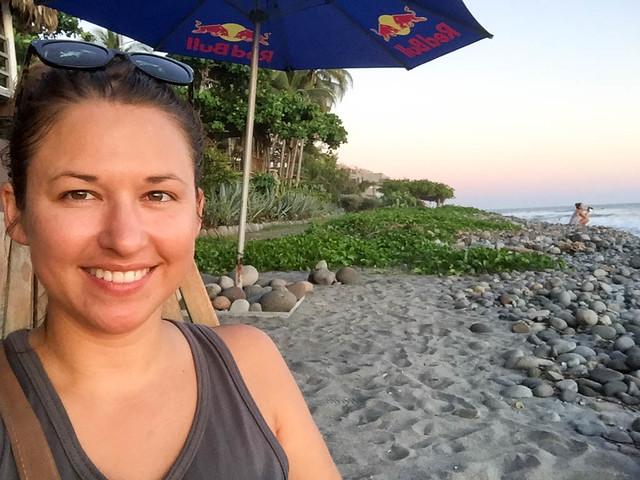 Pupusas also became a way to bond with fellow travelers. I don’t know how, but sometimes travelers would show up in town having never heard of pupusas, the nerve. I’d take these unknowing individuals under my wing and ease them into a stool at the closest pupuseria. I’d show them the toppings and talk them through the fillings. By the end of the experience, I made them a pupusa lover and a friend.

Everyone had his or her pupusa breaking point though. Still to this day, I crave them. I don’t think I have a breaking point. But I watched many travelers get to the point where they were literally dry heaving or tearing up at the thought of another pupusa. My word of advice: keep pupusa meals to once a day, it’s easy to overdo it. 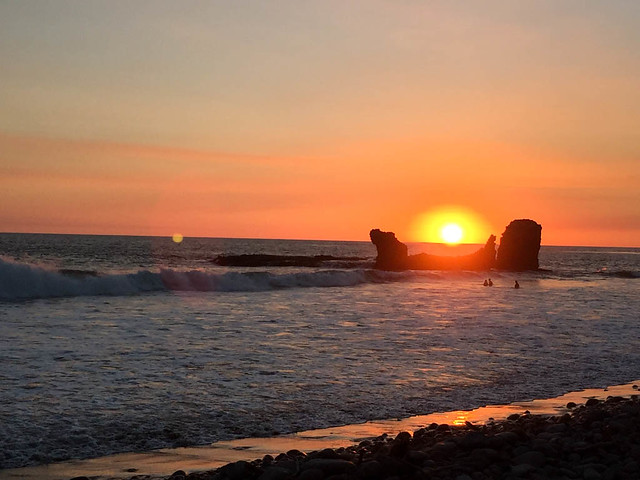 If you’re in a major city in the US like DC or LA or NYC, look for pupuserias in the area! I’d give you a recipe for you to try at home but the texture is wicked difficult to replicate so just try one in a restaurant first. Then maybe we can talk about a recipe. Maybe.

14 thoughts on “Pupusas: An Ode to the Perfect El Salvadorian Dish”