Before last week, I had never been to a state fair.

Is that really so weird, I ask you? Because my husband (from New Jersey) and my best friend (from Washington State) both seemed to think it was really weird.

It’s not that I have anything against them, I just grew up in DC, the only non-state in the nation so of course we didn’t have a state fair. Virginia does have a state fair which is apparently in Caroline County, which to be honest, I have no idea where that is. I grew up on the Arlington County Fair with it’s pupusa stands and Unitarian church booths, but no, I’ve never managed to make it to a state fair.

Until now that is! A couple of weeks ago we all piled in a rental car and drove south to Puyallup, Washington and the Washington State Fair. 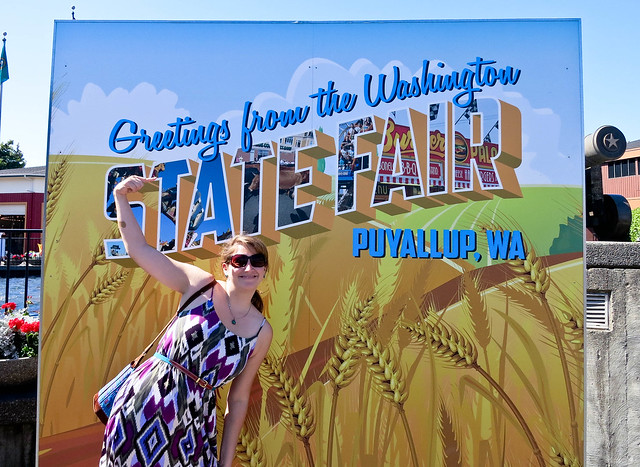 It was everything I dreamed of and more. The Washington State Fair is one of the top ten biggest state fairs in the country and it showed: the scope of the place was enormous. Over 160 acres of amusement park rides, giant barns and shopping pavilions. Honestly, we barely scratched the surface in our afternoon of wandering (it was also the hottest day of the Seattle summer, well over 90, which slowed us down a bit).

So what are state fairs all about? 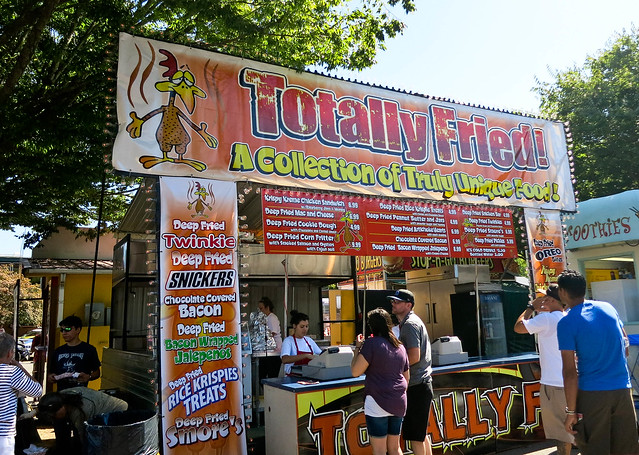 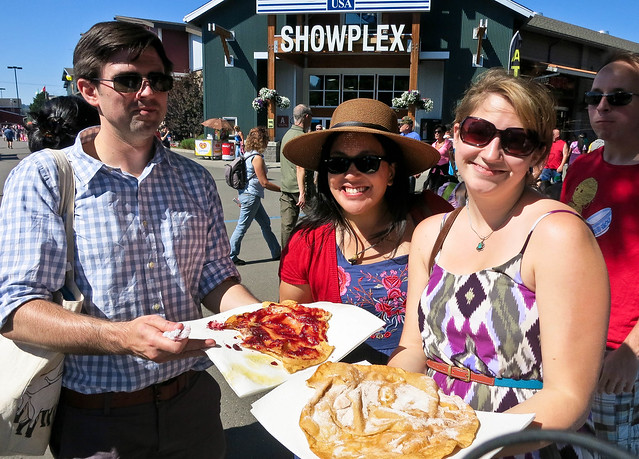 My one real impression of State Fair’s going in was that they were a great place to sample fried foods. Unfortunately the stand pictured above was out of nearly everything. I very much wanted to sample a fried s’more- for you know, the blog, but I had to settle for the incredibly popular and ubiquitous elephant ears: fried dough covered in butter and sugar or raspberry jam. Nom.

About half the fairgrounds was taken up with barn after barn of various livestock. One was dedicated to cows, another to pigs, another to “animals from around the world” (mostly foreign looking cows and some goats), and half a dozen other animal barns including a kind of unsettling 4-H Cat Barn where the children displayed their cats as the living centerpieces of weird dioramas. 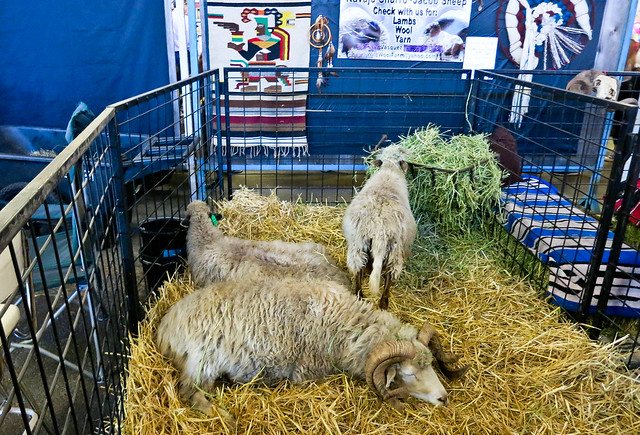 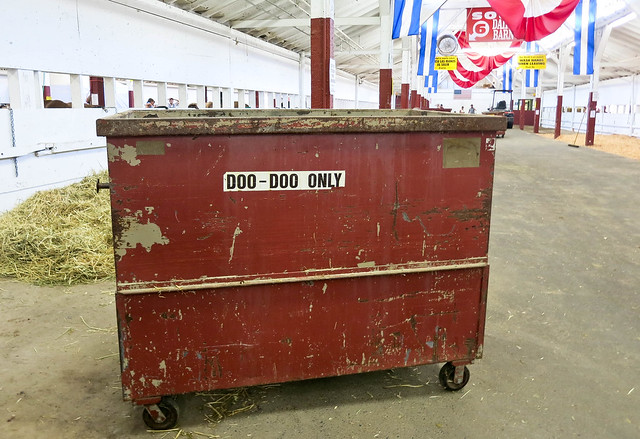 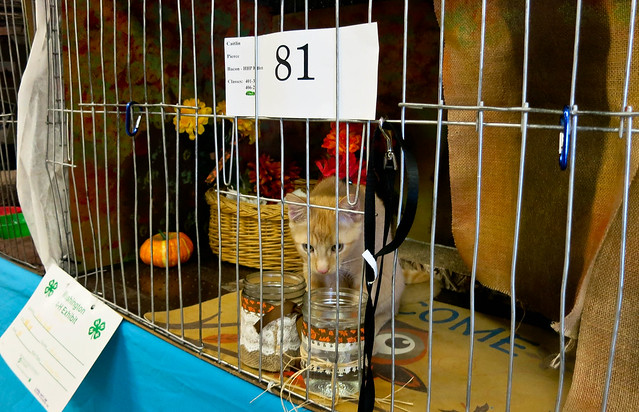 We never made it close to them, but they were definitely there. 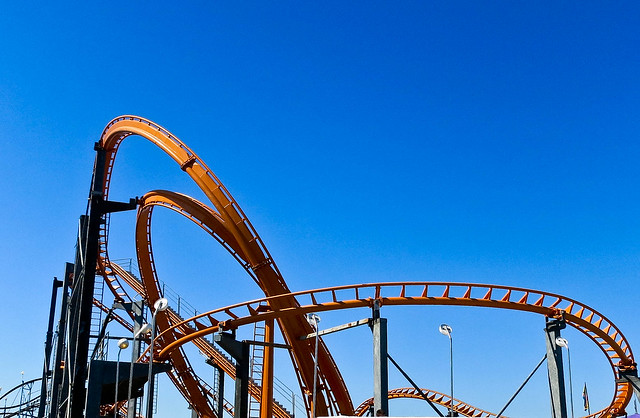 My other state fair idea was that there would be tons of giant vegetables. You know, zucchini baseball bats and eggplants the size of cars. There were a couple fairly massive pumpkins on display, but the produce section seemed to be more about vegetable arrangements than size. Various businesses arranged massive amounts of produce into dioramas and visitors voted on the winners. Weird, but kind of neat. 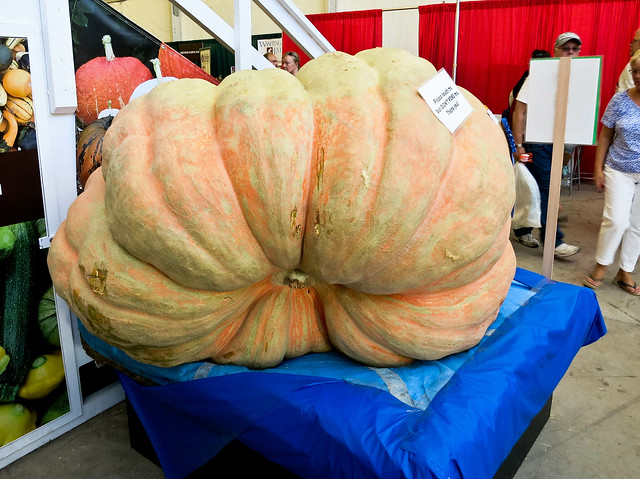 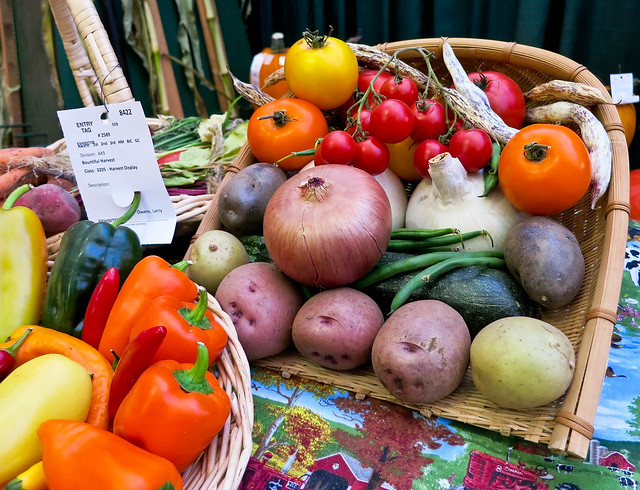 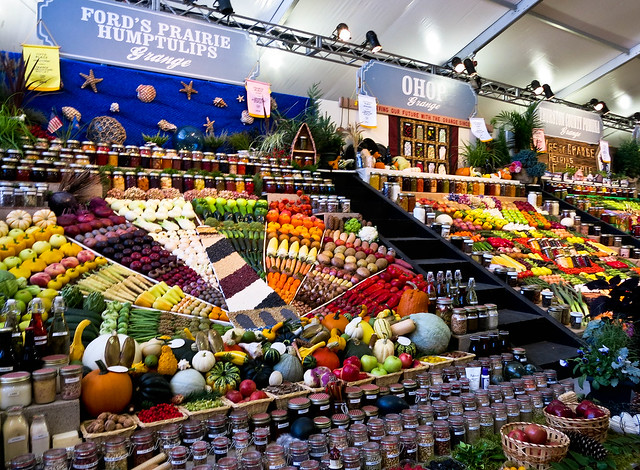 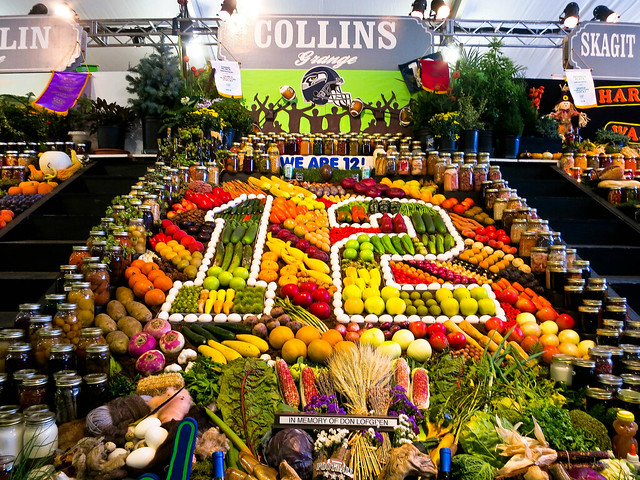 Probably a Bunch of Other Stuff

There was an enormous shopping center we never set foot in, and a dairy that we breezed through (free chocolate milk!). In retrospect we probably missed a lot. It was just a taste. A good taste. Next year maybe I’ll see more (and get there early enough to have a damn fried peanut butter and jelly sandwich). 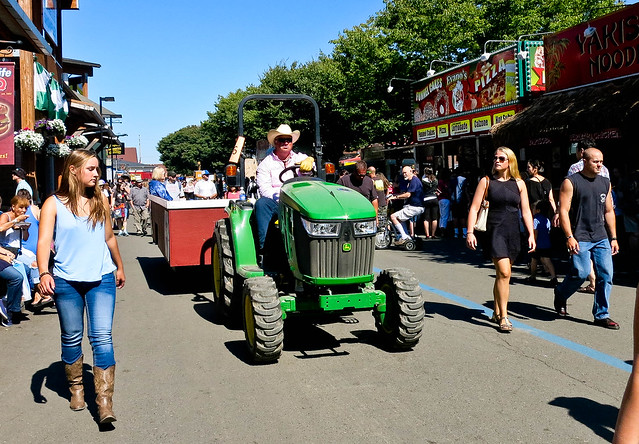 Have you ever been to a state fair?

6 thoughts on “I Did the Puyallup: Impressions from the Washington State Fair”