Hey guys! When I last left you in November we were still sleeping off jet lag and desperately apartment hunting (have I mentioned how much I hate apartment hunting? It’s definitely my least favorite part of any big move).

A lot has changed since then, mostly for the better!

We Finally Found a Home

Finding an apartment was more challenging than we expected. This was partly due to the language barrier, partly due to a lack of renting culture in Italy (owning is much more common than renting here) and partly due to good old AirBNB.

AirBNB had become quite popular in Bologna recently and has really put a dent in the supply of available apartments for rent. You can make a lot more money renting your apartment to tourists for $100 a night than you can renting to Italians. This definitely gave me some new insight into the downside of the AirBNB economy, but as we were also staying in an AirBNB while we searched, I’m not in much of a position to complain.

Nonetheless, we found an absolutely wonderful apartment and moved in on December 15th. This place is oddly massive- literally twice the size of our Seattle apartment. It has a pretty white kitchen (with the tiniest oven imaginable and no dishwasher), a big living room for Marcella and Leo to play in, and three bedrooms, which is enough for us to have a large office/guest room. Best of all there is an enormous outdoor patio space. We aren’t doing much with it now, but I have visions of eating al fresco and growing my own cilantro when the weather warms up. 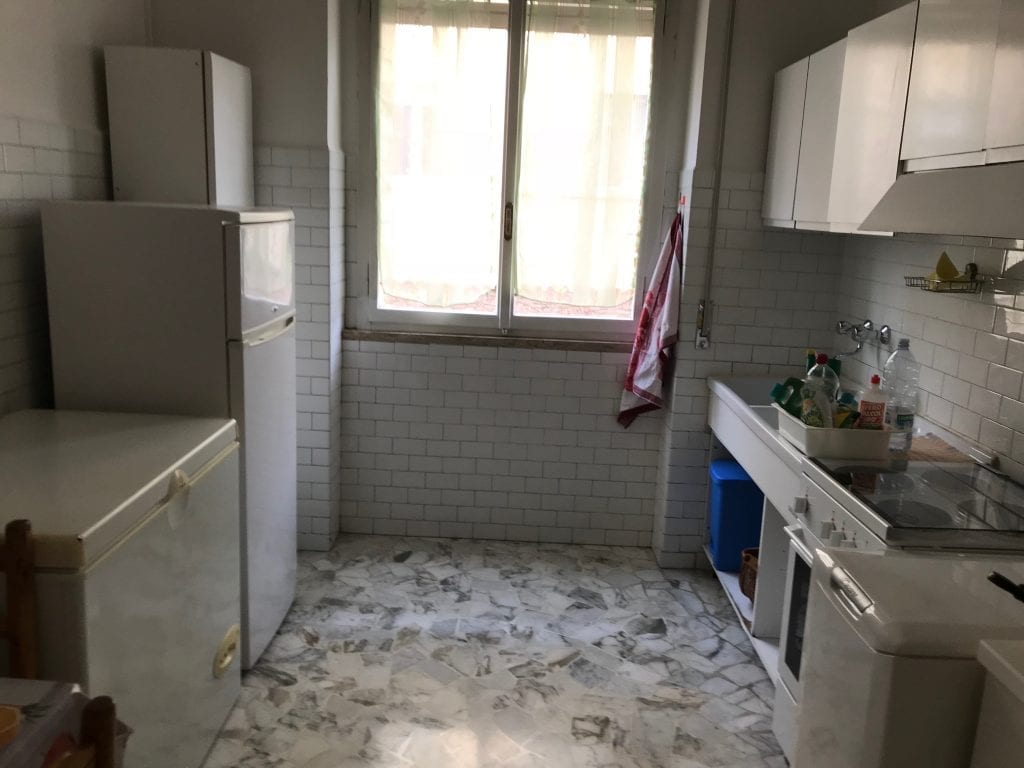 It’s not all perfect. The apartment also came with way too much giant antique furniture, which we are unfortunately stuck with. The owner won’t let us get rid of it and won’t take it away since they have nowhere to put it either. We’ve spent a lot of time re-arranging and shoving 10,000 old dishes and rusty pots and pans into the storage closet. It’s a work in progress. 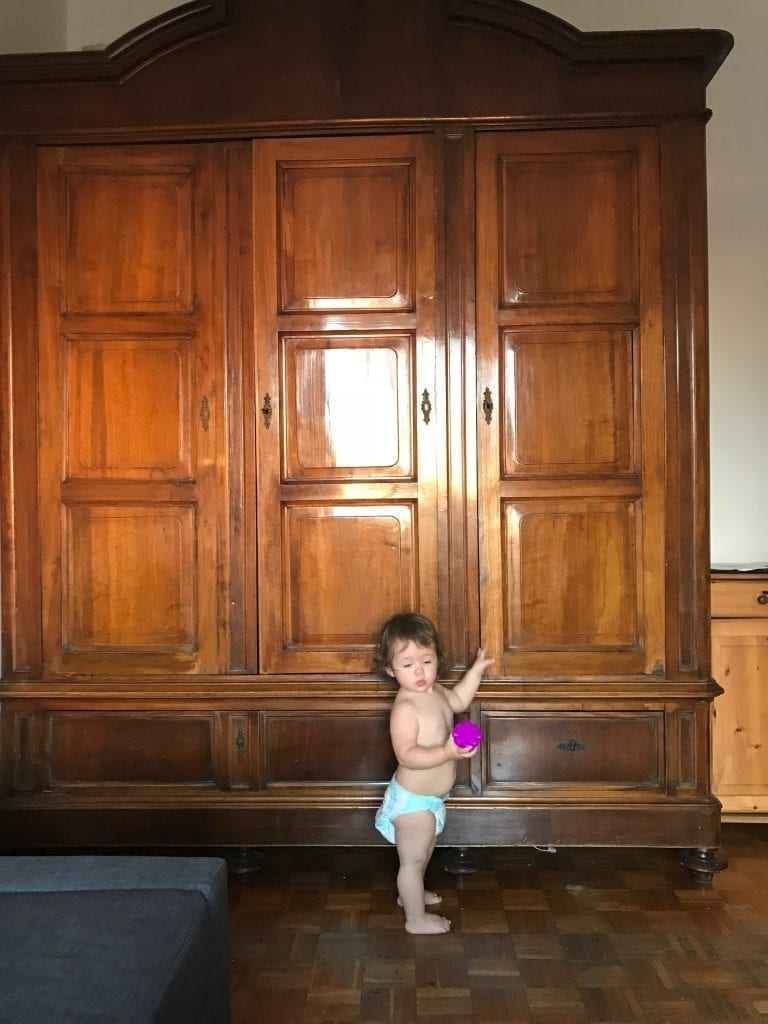 The new place is in a great location: within the walls of the old city but outside of the major tourist hustle and bustle. It’s near the city’s biggest park and around the corner from one of the best gelato places in town. At night I walk Leo under the massive old porticoes and just marvel at the fact that we actually live here.

Ironing Out the Details

In Italy, you can’t do anything without a mailing address. This put us at quite a disadvantage until now. We needed that to establish residency, and we need residency in order to do a whole bunch of things like open a bank account and register for the national health system. So we have a bit of administrative catching up to do.

One thing that is certain about Italy is that nothing is quick of efficient. Even getting our internet hooked up took over a week (partly why it’s been so quiet around here) and involved a lot of byzantine logistics. I’m currently winding my way through the Italian immigration system to try to legalize my status. As the wife and mother of Italian citizens this should be pretty easy but it’s not (of course it’s still light years easier than trying to immigrate to the US, which I keep reminding myself as I stand in yet another line).

At least we figured out how to get Amazon to work. And pizza delivery!

Now that we’re somewhat settled, it’s time to start making some plans for 2018! My first trip of the year will be to LA in January for a reunion with the members of my online Mom group. This will be my first time away from Marcella for more than one night and I’m pretty excited about it.

Also already booked in 2018: Malta, Paris, Mexico and the US. March and April will be dominated by visits from parents which will also give us a good opportunity to explore around Italy (and head back to Eataly World half a dozen times I’m sure). I’m also potentially eyeing trips to Greece, Spain and Austria this year. And who knows what other opportunities might come our way.

I Love This City 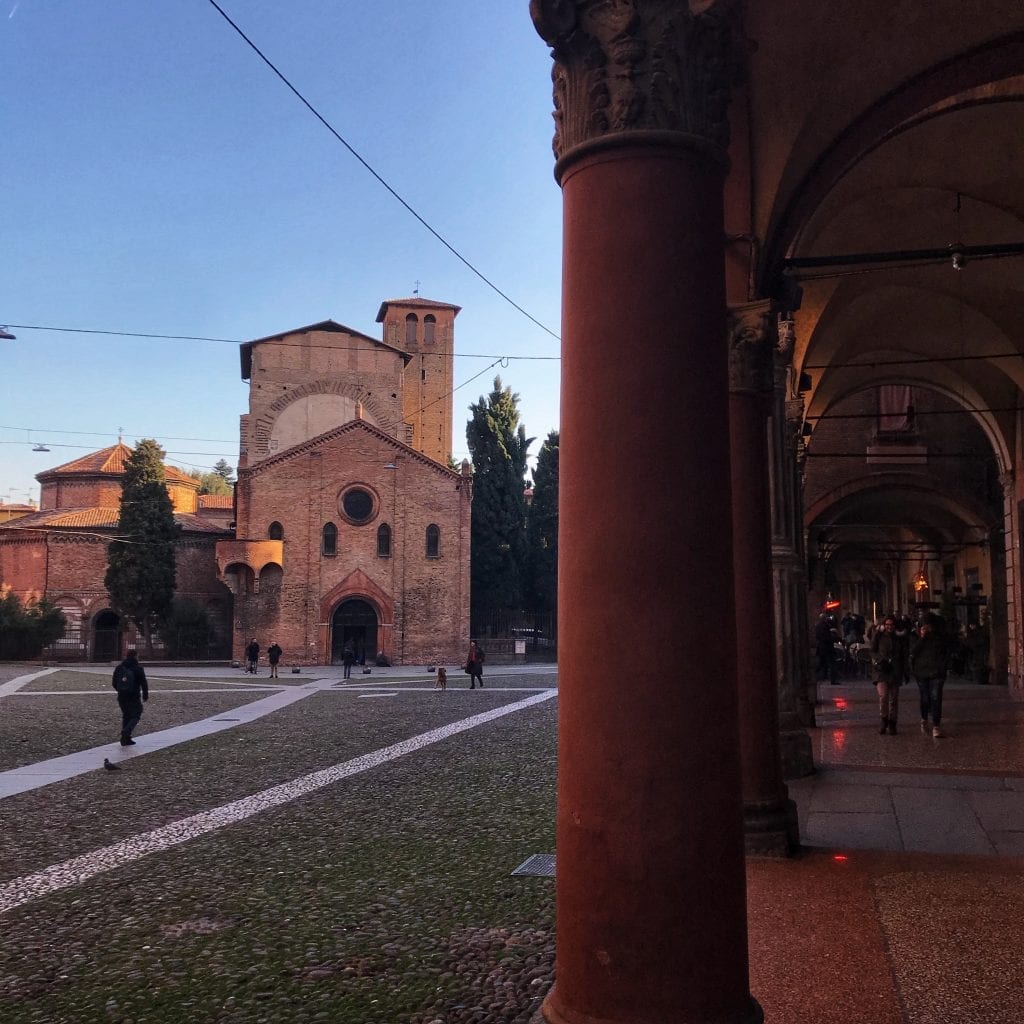 Most important thing! We’ve been in Bologna for almost two months and I’m happy to report that Mike and I are both head over heels for this city. It’s livable: big enough that there is plenty to discover but small enough that it’s easy to handle. It’s crazy beautiful, especially right now with all the Christmas lights blinking and markets popping up everywhere. I can’t wait to see it in spring.

The first month was pretty rough as we all struggled to adapt to a new time zone, culture and rhythm of life, but things are starting to settle. We have some room to spread out, room to breathe. Leo likes the new couch and walking under the porticos that protect him from the rain. Marcella has discovered the joy of playgrounds and is loving ALL THE FOOD YES PLEASE. 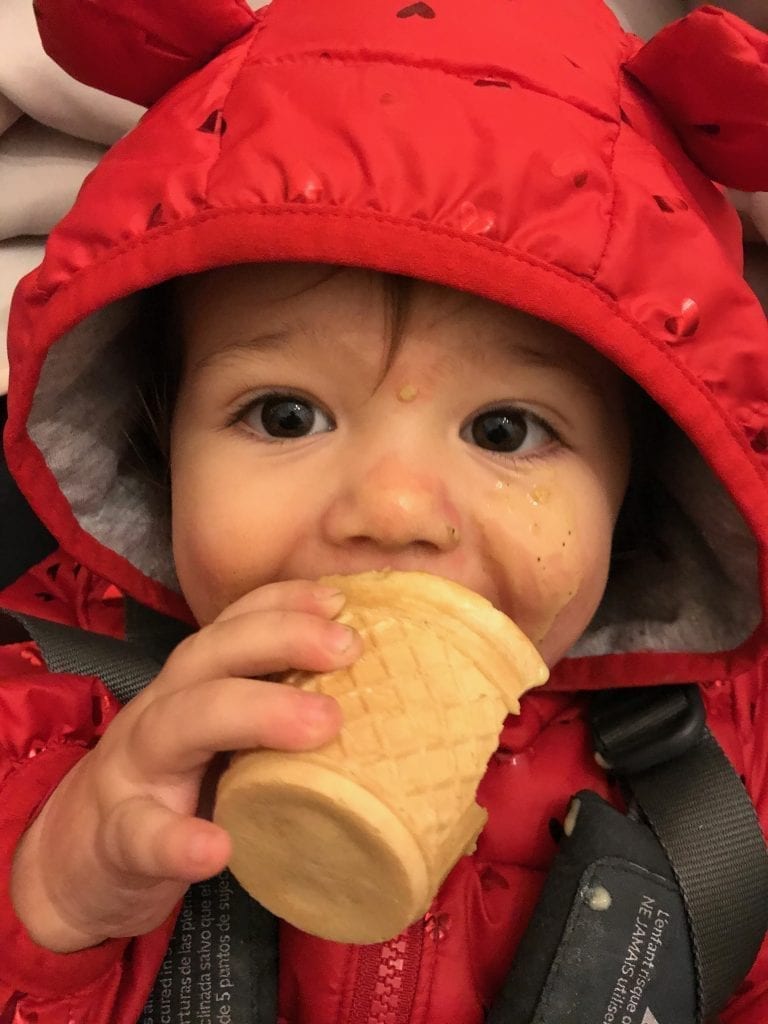 Our lives in Italy aren’t perfect by any means (nor would they be anywhere), but I think we’re really going to like it here.
This year has been kind of crazy both personally and professionally, with a lot of transitions. Twenty-Something Travel became Why Wait this year, a decision I don’t regret at all. Thank you for following along on this journey and for supporting this labor of love. Happy Holidays!