Travel is such a gift in that it opens your eyes up to just how special and beautiful our planet is. As travelers, this should be something that we wish to preserve and maintain for future generations.

I wear my sustainable traveler badge with pride (around my neighborhood and the world) and I can’t think of anything more important than encouraging others to do the same.

As such, Hostelling International’s #PackYourImpact campaign is worth getting behind. The organization is encouraging travelers to prepare to learn embrace responsible tourism, during and after their trips. The aim is to have a positive impact on both the destinations you visit during your travels and the people you encounter along the way. Ideas can involve learning local customs before you leave, or eating local and supporting small businesses whilst you’re traveling. When you arrive back on your own stomping ground, you can take what you’ve learned to give back to your own local community.

Using the UN’s Sustainable Development Goals as guidelines, here is what we can do as individuals to try and practice responsible tourism.

You can read the first and second installments of this campaign here:

Responsible Travel: Yes, You Can Do Something!

Responsible travel through actionable steps to work towards Reduced Inequalities, Sustainable Cities and Communities, and No Poverty. 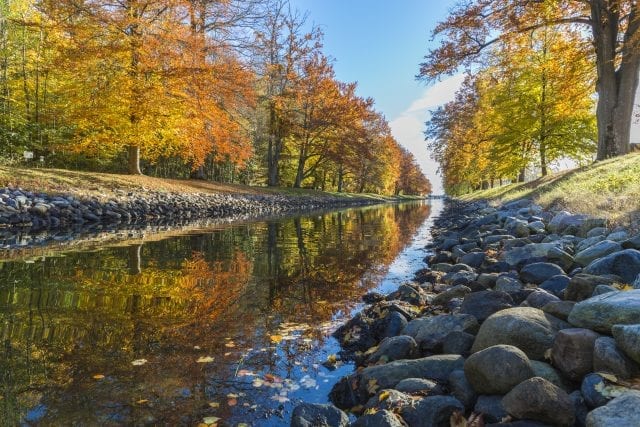 Feminism has become a pop-culture catchphrase, with celebrities like Beyonce, Emma Watson and Taylor Swift embracing and promoting the label. However, as far as actual gender equality goes – well, it’s early days, to say the least.

Gender inequality continues to exist across the planet. You see it in the workplace in the developed world, such as with the gender-wage gap, where women in 2017 are having to push to be paid the same rate as their male co-workers, for doing the same job. We continue to be underrepresented in managerial positions, in the boardroom, and in parliament. 1 in 3 women will experience violence, often perpetrated by someone they know. I’m sure every female traveler reading this article will have experienced some sort of harassment, whilst home or abroad at some point in their lives.

In developing countries, child marriage is very much still a thing, with data from a 2015 survey demonstrating that just over 1 in 4 girls were married off before reaching the age of 18. Female genital mutilation may have declined by 24 percent, but 1 in 3 girls surveyed in 30 countries will have undergone this pointless, painful and humiliating procedure between the ages of 15 and 19.

This data shows that there is still much work to be done.

The UN General Assembly established UN Women in 2010, which works to ‘eliminate the discrimination against women and girls, (for the) empowerment of women, and achievement of equality between women and men as partners and beneficiaries of development, human rights, humanitarian action and peace and security’.

No matter which gender you identify with (remember that feminism’s base aim is to promote equality between the genders), you can throw yourself behind causes which look after the interests of women around the world.

With reproductive health facing challenges in the current US political climate, you can choose to donate to services like Planned Parenthood. Rize Up Australia is an organization which supports the victims of domestic violence. There are initiatives like this across the globe.

The act of giving can often be twofold, such as the Beads for Wildlife, run by zoos across Australia. Beaded bracelets and keyrings are sold by the zoos, in an initiative which provides Kenyan women with a reliable income that doesn’t impact local wildlife. 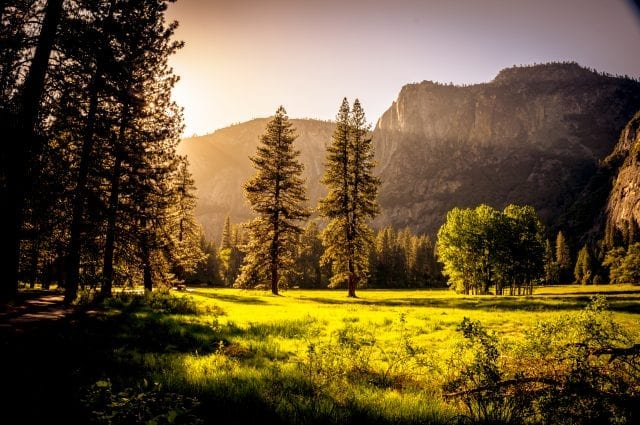 As always, you can choose to travel to destinations where equality is something that is practiced. Spend your dollars wisely, giving them to countries who are actively working towards abolishing gender inequality.

Support local businesses that are run by women and assist where you can – you have a wealth of skills (language, technological and so on) that could help others in ways that you least expect it.

If you’re looking to make a little bit of money while on the road, consider getting your TEFL and teaching English abroad. Lack of education is an issue affecting women worldwide and the passing on of this skill to another woman could be the very ticket to her own empowerment and encourage others to embrace responsible tourism.

There is a saying that goes something along the lines of: “Vote with your wallet”. As a consumer, you hold more power through your dollars than you may initially believe.

Look for companies that are working towards implementing sustainable consumption and production values. I find this to be of particular importance in the practice of fashion and health and beauty companies.

Avoid clothing companies who embrace the practice of “fast fashion” – that is, producing clothing that is intended to last only a season, made of unsustainable textiles by workers exploited in factories in developing countries. Embrace companies who are doing the right thing by both their employees and the planet, like People Tree, Zady and adventure clothing label Patagonia. (Or even better, shop locally in thrift stores whenever you travel  – you’ll end up with an eclectic wardrobe which will gather you compliments wherever you go, without breaking the bank in the process).

Open up your toiletries bag and give it a long hard look. There are companies around the world that put chemicals in their products that are harmful to us and the environment. Actively avoid any products with microbeads in them – they’re destroying our oceans. Always check the ingredients of products that you buy and be discerning. For example, I know that Lush shampoo bars are beloved by travelers all over, but I don’t purchase them as they contain Sodium Lauryl Sulfate (SLS) a known skin irritant, which can cause damage to our ocean’s microsystem.

Climate change when viewed as a whole, seems like a really big, frightening issue. It’s pretty easy to think: “There’s nothing I can do about it. I’m just one person.”

WRONG, I say. There’s plenty you can do. Many movements around the world (both good and bad) have started as the result of the ideologies and beliefs of one person.

I really do believe that action against climate change comes down to the individual. We as a species have triggered global warming. And with our own individual actions, we can make the world a cleaner and safer place. The sound of one hand clapping is more powerful than you think.

My advice is – don’t jump in with both feet. Pick one area, explore that in its entirety and move onto the next from there. 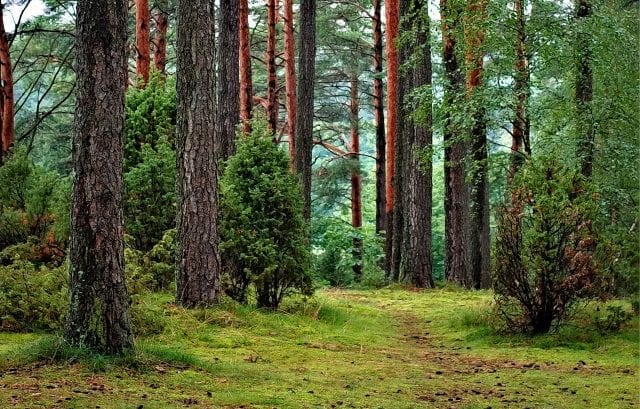 Sick of seeing rubbish everywhere you go, or plastic floating in our rivers, lakes, and oceans? Pledge to cut down on your own use of plastic, bit by bit until you’ve all but eliminated it from your life.

Are you a frequent flyer, feeling upset about your own carbon footprint and its impact on the planet? Look to offset your carbon emissions with each flight you take or embrace alternative forms of transportation (I’m a big fan of trains for that reason).

From there, you can start to encourage others to do the same. If you write about your travels online, then mention the steps you’re taking to cut back on your environmental impact. Wield your social media influence to use it for good. Spread the word with friends and family members – you never know, it may encourage them to do the same.  Promote how you embrace responsible tourism and how others can too.

Life Below Water: Conserve and sustainably use the oceans, seas and marine resources for sustainable development (#14)

Of all the areas of the planet that are seeing an impact from climate change, it may be hitting our oceans hardest.

There’s believed to be 5.25 trillion pieces of plastic floating in the ocean (a trillion is a number that has twelve zeros in it, which may scare you as much as it scares me). The world’s largest living ecosystem the Great Barrier Reef in Australia is dying, with two-thirds of the reef experiencing horrific bleaching that it may never recover from. The oceans can’t keep up with our appetite for seafood, with over-fishing pushing fish species around the world close to extinction. It’s all very scary stuff.

However, there are some wonderful initiatives around, which are encouraging people to be more mindful of our oceans. Take 3 is an organization which encourages people to take three (or more!) pieces of rubbish with them anytime they visit a large body of water, in an effort to clean up our beaches.  5 Gyres aims to fight the global health crisis through “science, art, education and adventure” (you do catch more flies with honey than with vinegar, after all), encouraging people against the use of styrofoam, microbeads, and plastic in all its forms. 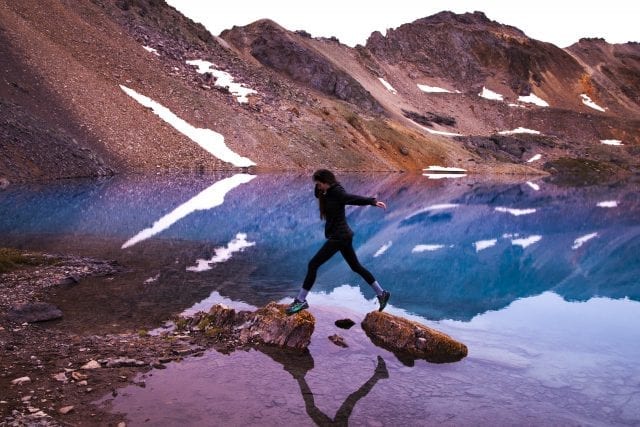 Then there are initiatives like 1% For the Planet who work to inspire businesses and individuals to support environmental solutions through everyday actions.

As an individual as you embrace responsible travel, you can pledge to eschew plastic in all its forms. Take your own water bottle and reusable bag with you everywhere you go. Say no to straws in your drinks (they are the most pointless item in the world, in my opinion). Cut back on your consumption of fish. Clean up the beaches you visit. The list is honestly endless.

You don’t really have to go out of your way to make an impact either. In 2016, I visited Miami for the first time and waded into the waves on the city’s famous South Beach. I felt a little tickling around my ankles and thought: “Oh! Seaweed!” Having a weird fascination with the stuff where I immediately need to examine it, I reached into the water and pulled out… a plastic bag.

This ignited something in me and I ended up taking that plastic bag and spending the afternoon walking up the beach, picking the rubbish I saw along the way. However, this was a decision that ended up benefiting me greatly as a traveler and amateur photographer, as I took my camera with me. As I picked up the trash, I snapped photos of the beach’s iconic huts and in traversing its entire length, got in my daily exercise too.

That’s the beauty of sustainability. It ultimately benefits us all, sometimes in ways, we never could have initially imagined and in the end, there are little things that make a big impact that add up to responsible tourism.

LC is an ex-expat, who is currently exploring her home country of Australia. She has two ambitions in life – to travel and live plastic-free and to one day live on a farm in Tasmania with 11 dogs, a miniature pig, and several pygmy goats. Follow her attempts to embrace a greener lifestyle on her blog, Birdgehls. 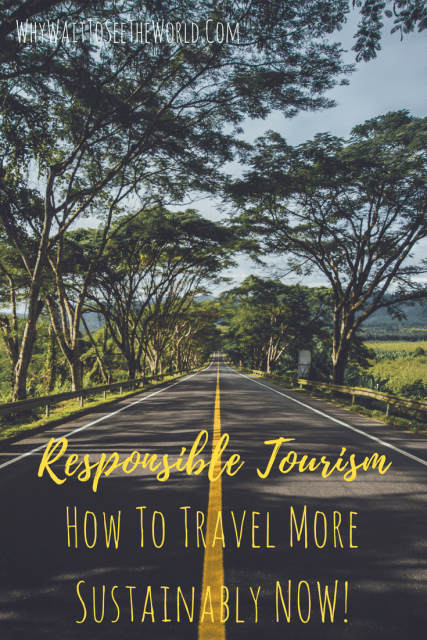 7 thoughts on “Responsible Tourism: How to Travel More Sustainably TODAY!”