Before I went to Fiji, I thought of Fiji as mostly a relaxing destination. I imagined chilling out on the beach and kayaking on the calm ocean waters. It definitely has that as well but I found that Fiji is actually so much more than that.

In the next couple weeks, I’ll be publishing a series of articles on activities to do outside of being lazy on the beach.

I had no idea Fiji had rivers, let alone rivers that you could raft on. It makes sense though. There’s mountains, rain forests, and gorges in the center of Viti Levu (Fiji’s main island).

We took the Upper Navua River Rafting tour with Rivers Fiji . There were about four rafts with two people on each side. Our raft however had one on the side instead of two. The guides were in the back of the raft and had two much larger paddles that were hooked onto the raft. Most of our guides were huge rugby players. Looks like they’re getting a good exercise from the job. 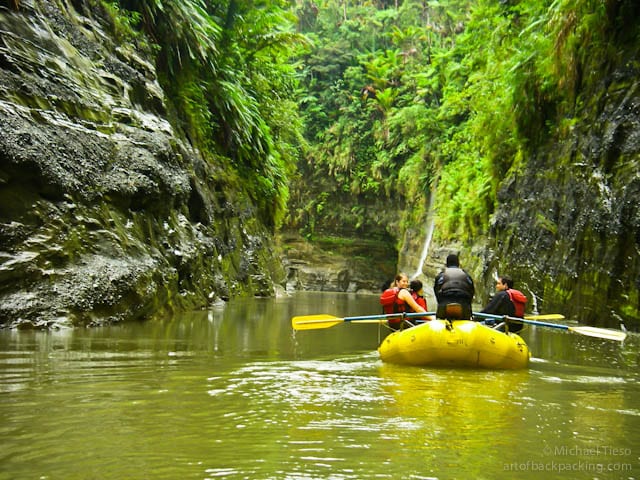 Joe, our guide, told us the history and culture of the areas we were passing by whenever the water was calm enough for us to talk. The rafting bit was about five hours long so he did most of the rafting since it was much easier for him because he had the larger paddles. I don’t think I could handle five hours of constant rowing anyway. Whenever the water got rough though, we were going at it full force with our paddles. Most of it was in waves. We’d get some intense waters then it’d calm down for awhile. Enough to enjoy the scenery which was perfect. Since we were there during the winter, the water was much lower. It was only a level one for us but during the summer it apparently goes up to a level four sometimes.

The surrounding area along the river was really beautiful. We went through deep narrow canyon’s. You could see the different the layers of the rock on the side walls with its smooth surface on the bottom going up to the rougher edges then all the way up to the tropical forest  on top. My favorite were the were countless waterfalls along the way. Our guide made it a mission to go below as many of the waterfalls as possible with our raft. One pitstop they called the waterfall massage, we were able to go directly underneath and behind the waterfall through the rocky path. It felt amazing. There was so much water coming from above hitting me so strong that I couldn’t see anything but water crashing down in front me. I could barely stand up because it was crashing down so hard. 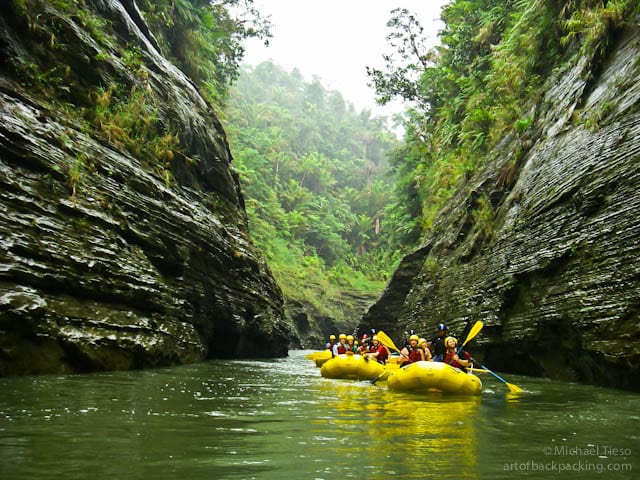 Joe tells us there are professional rafters that come here every year from around the world not for just the adrenaline rush of rafting but for the beautiful scenery. The entire length of the river would take four days to do and apparently many people do that. I could see why they would.

Rivers Fiji also offers other tours like sea kayaking along the coastline and 2-day rafting down the luva river. The company promotes responsible and sustainable tourism which includes hiring locals, working with the villages, keeping group sizes small, and even the equipment being made in Fiji. Read more about their Ecotourism promise. 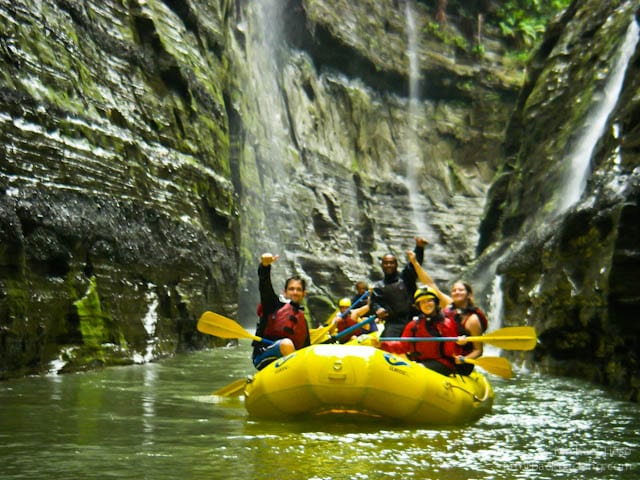 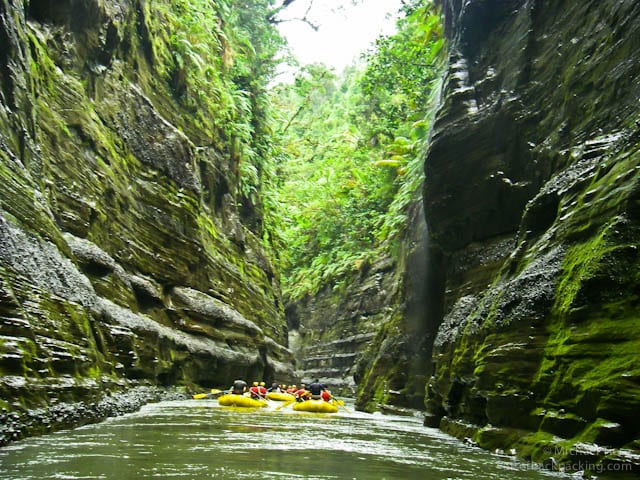 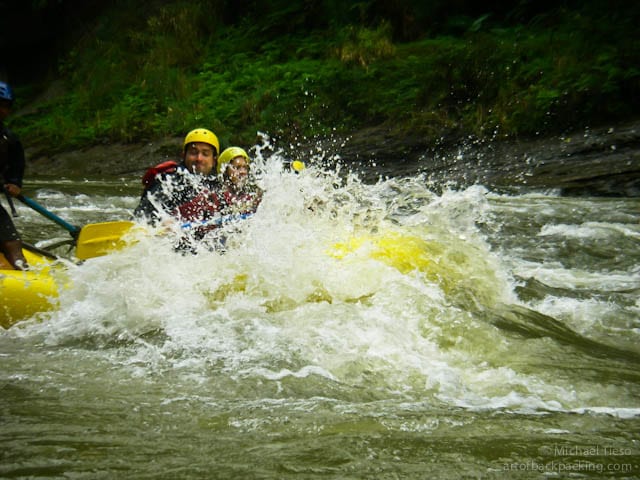 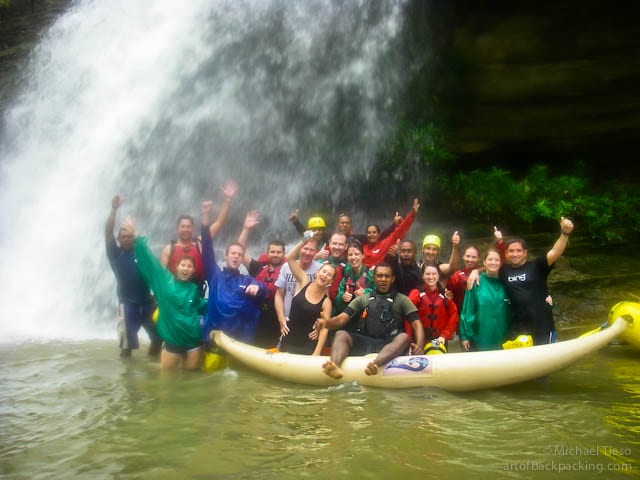 Thank you Tourism Fiji and Rivers Fiji for providing us the free trip.

1 thought on “River Rafting in Fiji”