I ended up in Stockholm on a serendipitous layover, which I decided to extend for a few days. Although I went there with almost no expectations, I would now rank it as one of my favourite European cities. Sweden is one of those countries that travelers tend to overlook, mainly because they’ve heard it’s extremely expensive. Stockholm definitely isn’t a cheap city, but I think it’s possible to see pretty much any place on a budget. Here are some of the strategies I used to rock Stockholm on a budget. 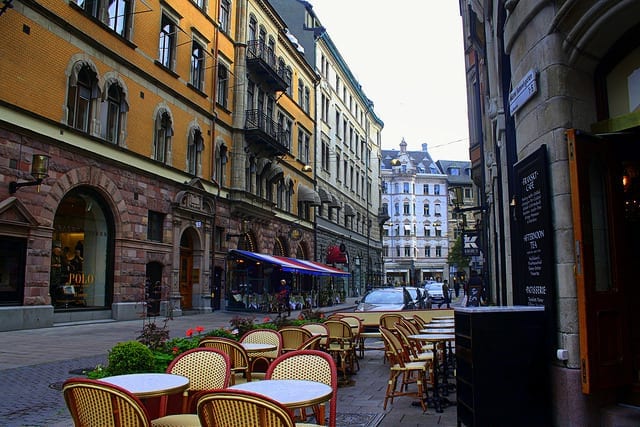 Couchsurfing is almost always a fantastic way to dramatically cut costs in an expensive city. Aside from sparing you the price of accommodation, the hosts can often provide tips on affordable things to see and do in the area. Plus, who doesn’t love making new friends around the world?

Unfortunately, Brent and I didn’t have any luck finding a Couchsurfing host in Stockholm. After some initial accommodation research, I discovered that even dorm room beds were about $25 per person. I have no doubt these hostels were probably awesome, but $50 for the two of us seemed pretty expensive for sleeping on bunk beds and sharing a bathroom with four other people.

We ended up finding an AirBnB rental with a small private room and a bathroom shared with only one other guest for much less than the price of two dorm room beds. Airbnb is a great option to see Stockholm on a budget.  More importantly, we had full access to a kitchen, which was an extremely important aspect of my next cost-saving strategy…. 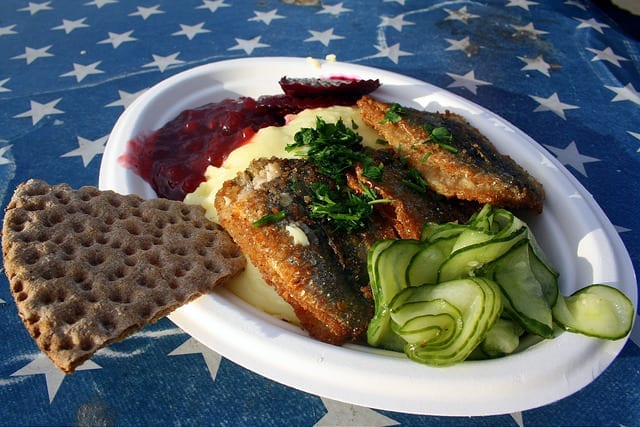 At the airport in Stockholm, we picked up a few tourist brochures that suggested “budget-friendly” restaurants where we could get meals for about $18 a plate. Since $18 isn’t what I would consider an affordable meal, eating out every night wasn’t really an option for us if we wanted to see Stockholm on a budget.

Instead, we pretty much lived at Lidl, a German chain of discount supermarkets. In the morning, we went there to pick up fresh bread or fruit for breakfast before going sightseeing, and then we’d return later in the day to buy ingredients for cooking dinner at our AirBnB rental. Our host was even nice enough to let us use some of her Tupperware, so we could bring leftovers to snack on as we explored the following day.

We did, however, want to try Swedish food at least once (although we heard that most Swedish people actually don’t even like traditional Swedish food), so we followed a recommendation to check out a street stand called Nystekt Strömming, which is located right outside Slussen Station. The stall sells fried herring along with a number of a choice of sides like ligonberry and beetroot for about $5-10 a plate. We also brought a few kanelbullar (Swedish cinnamon rolls) from Lidl for dessert.

Drinking also tends to be relatively expensive in Sweden, so we made it our mission to find the cheapest Happy Hours in the city. It was pretty easy to find bars selling pints, wine, and cocktails early in the evening for about $3-4 each. 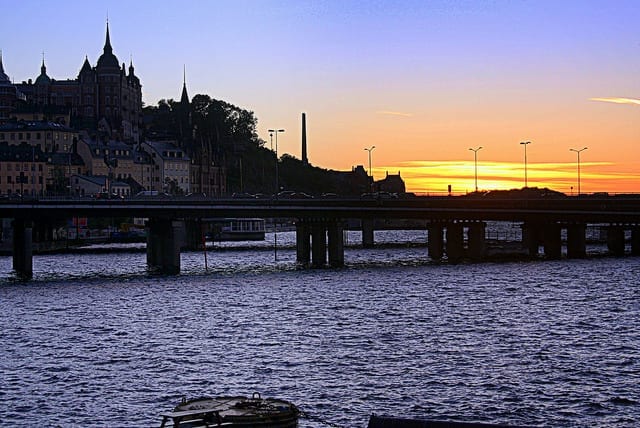 This paragraph might read a little bit like an ad for Free Tour Stockholm (it’s not!), but I thought their tours were incredibly fun and informative. Each walking tour lasts for about 1.5 hours and focuses on a different neighbourhood. The tours really made me feel like I understood Stockholm’s culture a little better – both past and present – plus gave me ideas for places I wanted to revisit on my own later. The guides also often pointed out which attractions and museums were worth paying the admission fee to see.

To be fair, Free Tour Stockholm isn’t completely free. The guides only make money through tips and I definitely didn’t feel comfortable walking away without giving something. Even still, you can just pay whatever you can afford, and I think it’s still amazing value.

Also, in case you didn’t already know, Stockholm is insanely beautiful. It’s truly one of those places where you can just go wandering through the streets and be fully entertained without having to pay anything at all.

Do you have any other tips to rock Stockholm on a budget?

Looking for Budget Accommodation in Stockholm?  Why Not Try Some of These Places…

City Hostel is a large and modern hostel in the heart of Stockholm.  This budget hostel is perfect for social travelers with its large common room and is located walking distance to the subway.

Castanea Old Town Hostel is located in the heart of old town Stockholm.  This centrally located hostel is perfect for someone looking for a quiet, clean place to stay in the middle of it all.

If you are looking for a modern quirky and social hostel why not try Generator Stockholm.  This hostel boasts a cafe, Bar Himla for modern cocktails, and rooms ranging from studios, dorms, and even family rooms. 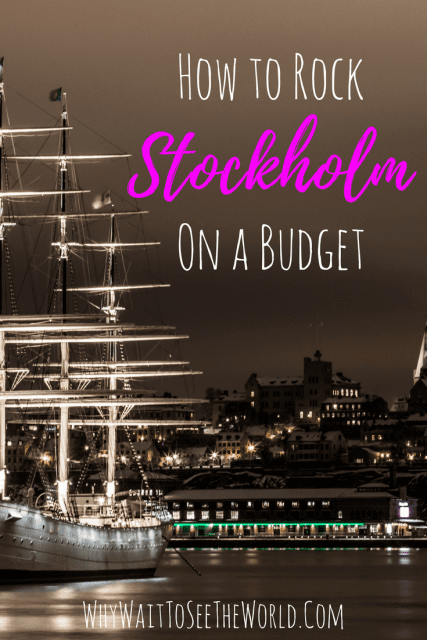 17 thoughts on “How to Rock Stockholm on a Budget”