Rome is enormous, and that’s why I love it.

It’s not just that it’s a big city (although it is), or that it has an unmistakable frenetic energy. Rome is one of those European capitals that is truly epic. It’s history stretches two and a half thousand years back, far past the time of Jesus Christ. It was the eponymous capital of the Roman Empire, Even now, long after the empire fell, it is still the capital of Italy and one of the most visited cities in Europe.

As my travel blogger friends would say, Rome is a Big Effin’ Deal. Rome wears it’s history like a badge of honor, with impractically old buildings set imperiously among bustling hordes. Above is the Pantheon- a temple for the gods turned Roman Catholic church built by Emperor Hadrian around 126 AD. It has the world’s largest un-reinforced concrete dome- even 2000 years later! (Incidentally, as a native Washingtonian I was impressed by how directly our classical architecture pulls from this- this exact building could exist in DC no problem).

Ancient ruins are literally everywhere, like this minor excavation which sat largely unnoticed on near a traffic circle: Of course the most famous reminder of Rome’s ancient greatness is the Colosseum, an epic building in it’s own right. While some iconic sites can disappoint  in person, I can assure you the Colosseum does not: It’s worth the price of admission to wander inside this remarkably well preserved Roman amphitheater. Even now you can easily imagine the 50,000 spectators cheering the gladiators on in the arena. On an uncrowded day it’s a transcendent experience. 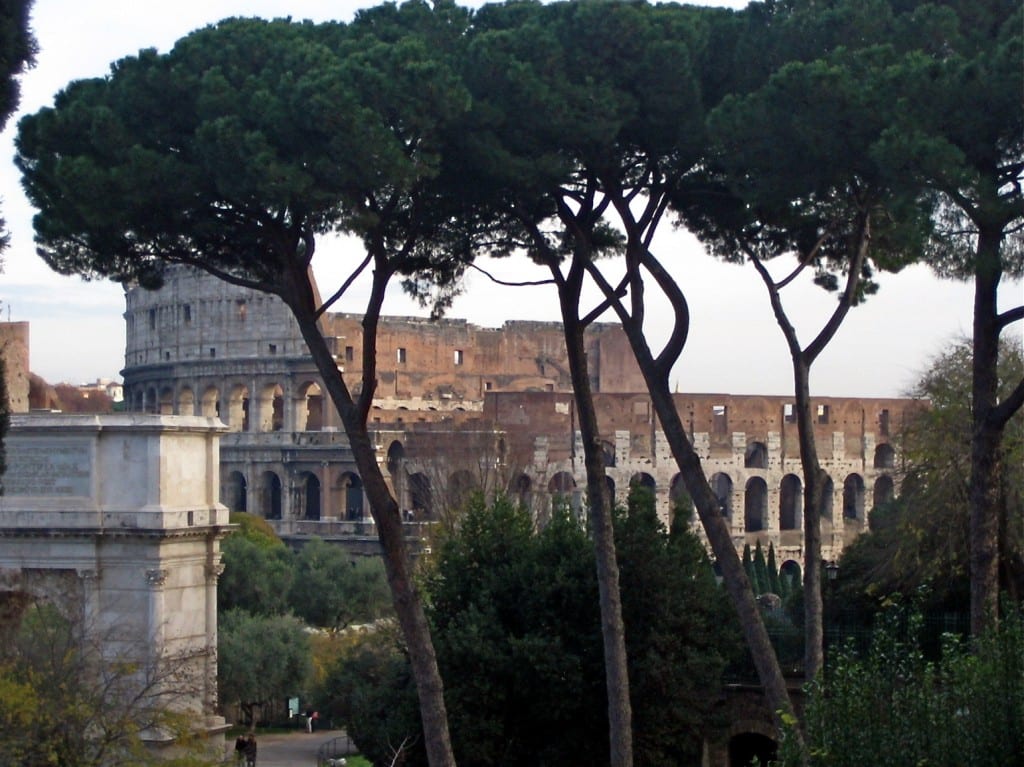 The ancient Romans thoughtfully built the Colosseum right across the street from the equally impressive remains of the Roman Forum. This was the heart of Ancient Rome, where all of the most important temples and structures were built. Many of the temples here were constructed hundreds of years BC. What remains now is ruins, but my goodness, they are beautiful ruins: The Forum is free to visit, and the nearby Palatine is free with admission to the Colosseum, making the entire area pretty easy on the budget. Palatine Hill is one of the very oldest parts of Rome- supposedly Romulus was born and decided to found Rome on this ancient hill. Later on it evolved into an upper class neighborhood where many of the emperors built their palaces.  It’s now a sprawling open air museum of palace ruins. It gets less traffic than the forum and has a quiet, garden-like beauty to it. I only spent four days in Rome and left feeling like I’d seen everything and nothing. The many layers of history, art and culture give Rome a rich texture I only associate with a few other cities I’ve visited (London is one). This is why Rome was my favorite part of Italy and why I can’t wait to return and explore it deeper. 18 thoughts on “In Rome, Past is Present”