There are so many islands off the coast of Greece that it’s difficult to choose one to visit. Should you go to Ios for the parties, or Crete for its hiking? Or maybe you fancy shopping on Rhodes? Whatever you desire from your island adventures, you can be sure the Greek isles will have an island to suit. For us, we were after a couples’ holiday so we wanted some romance. And where best to celebrate love than on the picturesque island of Santorini.

The beautiful white-washed houses hug the cliffs of the island and overlook the sea. It looks like something out of a Hollywood film. Because the island was formed following the eruption of a volcano, you can find different colored sandy beaches, depending on which geological layer has been exposed. There’s a red, white and even black sandy beach. These colors create yet another unique display of nature on the island.

I’ve devised a list of my top favorite things to do on Santorini to help you to make the most of your time spent there.

Top five things to do in Santorini: 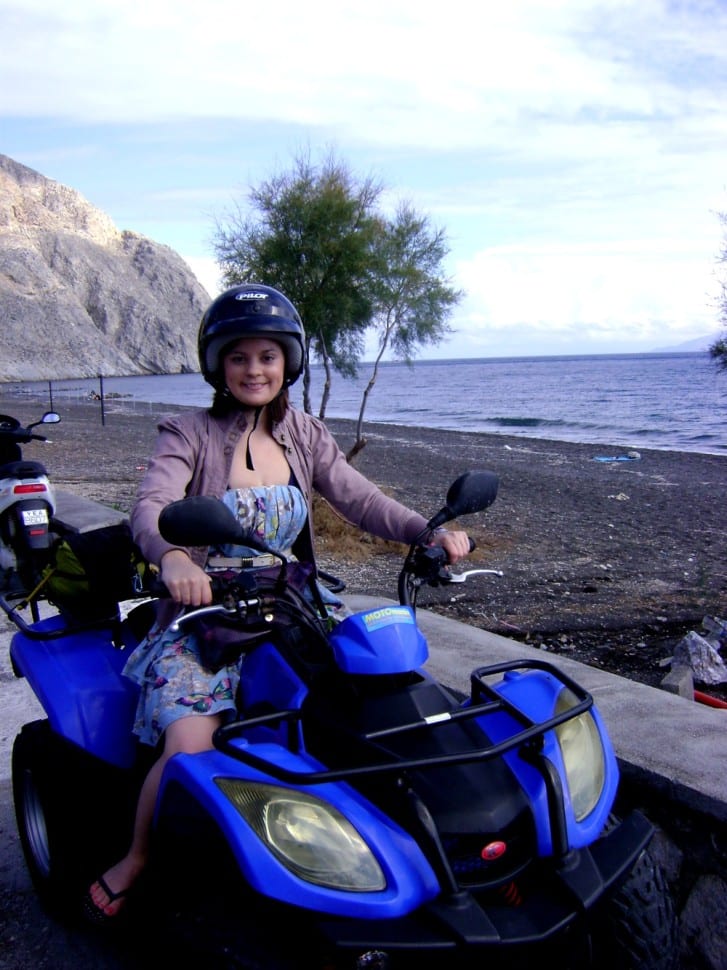 The best way to get around the island is to ride a quad bike. It’s the perfect mode of transport for exploring because you can go off road easily and travel down paths less travelled. You can also save money on your hire if there are two of you because you can ride one bike as a pair. One of our most enjoyable journeys on our quad bike was riding to Ancient Thira which is on top of a high cliff. There isn’t much there except for an old church built in 1100 which was the former Roman headquarters of the island. The view, however, is spectacular.

There’s only one other place on Santorini that can top the view from Ancient Thira, and this is the view from Fira. Watching the sun go down from Fira is unlike any other sunset I’ve ever experienced. The sky seems to burn as the sun sinks below the blue sea. The last sun rays of the day bounce off the white of the buildings, creating a dazzling sparkle. We didn’t have the money to dine in a restaurant overlooking the ocean, so we climbed on top of a wall and watched the sun go down. It was romantic all the same. 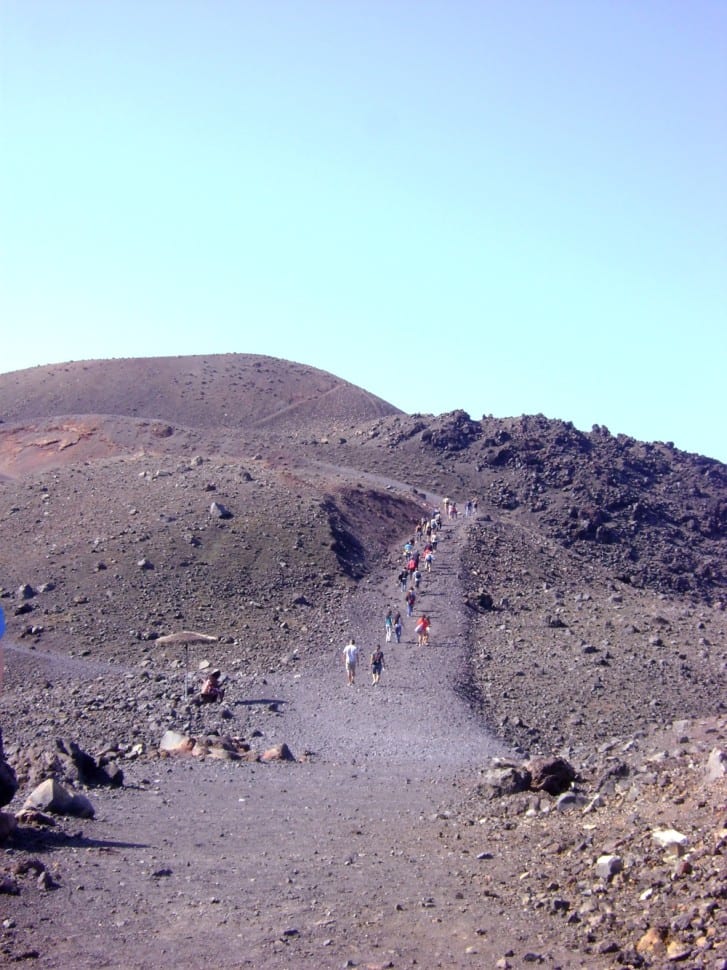 A short boat ride from Santorini is Nea Kameni and I recommend making the trip to this volcanic isle. No one lives on the island, which isn’t surprising considering the island is still an active volcano that has spewed lava and ash numerous times over the past 200 years. Fear not, the last small eruption was in 1950 and so the site is safe to hike. It’s a great island to explore and once you reach the top of the summit you can peek down into the crater of the volcano.

4. Take the cable car over riding a donkey 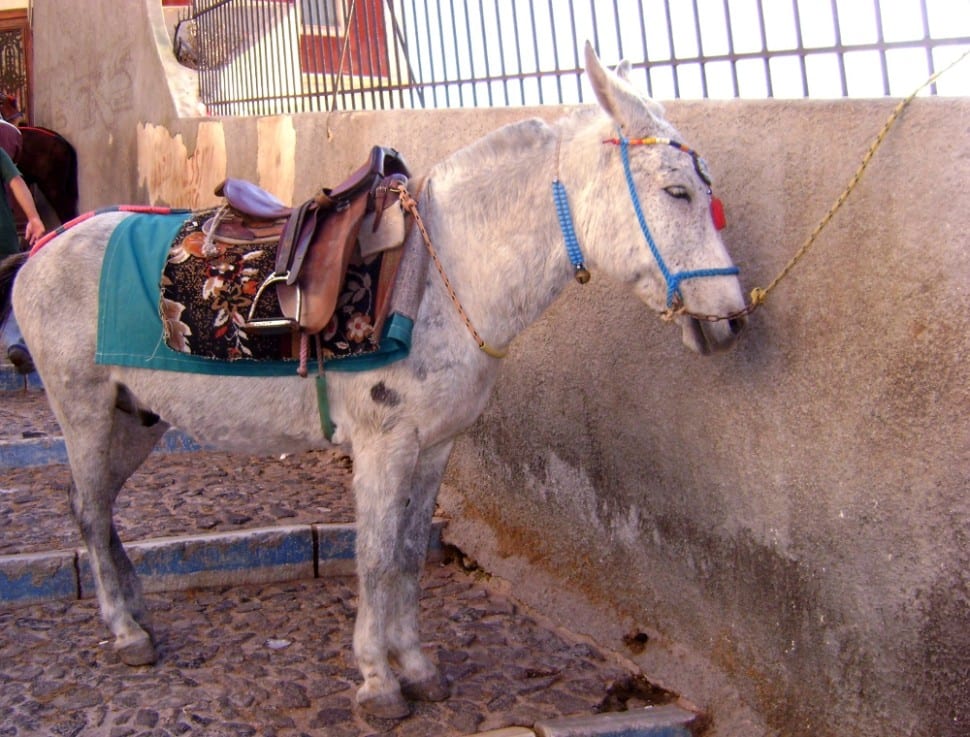 Sometimes it’s best not to follow the crowd, and this is the case with riding a donkey in Santorini. It looks like fun but the truth is that these donkeys are whipped and forced to stand in the sun for long hours all for the sake of tourists’ pleasure. Travelers are ferried up and down the steep cliff on the backs of these donkeys for a small fee but you can take a cable car instead and we would advise you did so. I regret to admit that we rode the donkeys before we knew about their suffering – we didn’t enjoy the experience and felt rather guilty afterwards! 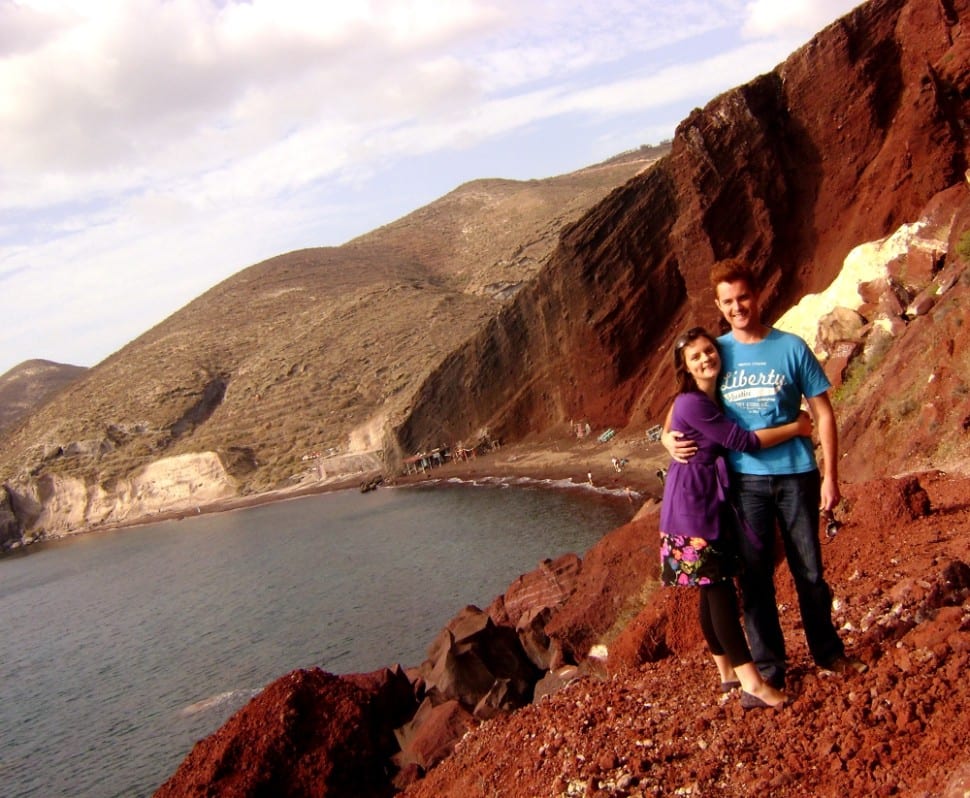 The best part of staying on an island is that there’s ample seafood to savor. Santorini is no exception. Each night we were lucky enough to enjoy fresh seafood at some of the many restaurants on the island. Santorini also has many wineries and so you can wash all your seafood down with some local plonk. All the fish we ate was fresh and there was nothing better than cracking open a prawn or 10 and sipping on a glass of wine after a long day exploring Santorini.

1 thought on “Savouring the Sunny Scenery of Santorini”