Here’s the thing. Since we’ve picked up the van* 10 days ago the weather has been… not so good. We arrived on the cusp of Queensland’s rainy season with the blind optimism that we would tiptoe around it. Instead we’ve been pummeled with buckets of rainy on a bi-daily basis. When we wake up, it’s raining, when we go to sleep, it’s raining, and usually a few squalls thrown in between for good measure.

In addition to being really annoying, the poor weather has washed out a lot of our plans. There has been no lying on the beach. There’s been no long nights sitting out by the van with a beer. And most devastating so far: we had to downgrade our two-night, three-day tour of the Whitsundays to a single day trip.

It’s been pretty demoralizing. I’ve been trying really hard to keep an upbeat attitude, but it’s hard to look on the bright side when I’ve barely seen the sun in days. Even our view of the dazzling Whitehaven beach was marred with gray skies. 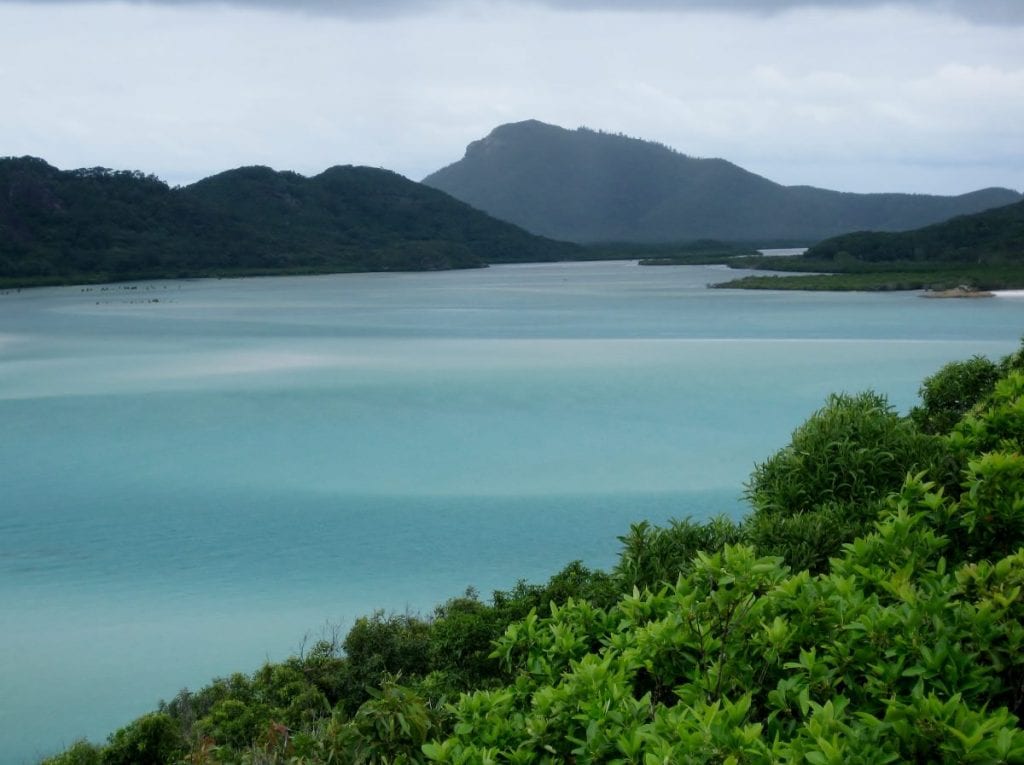 There’s one place though, where things like drizzle and overcast skies don’t matter even a bit. Where colorful animals buzz about, impervious to things like weather reports. That place is under the water’s edge, and it’s been my favorite place to be these past few days.

Understand that I am terrified of scuba diving. Just the thought of all that water over my head is claustrophobic and terrifying. I’d much rather jump out of a plan than strap on an oxygen tank. I did want to see the coral reefs and tropical fish that Queensland is famous for though, so snorkeling (which I’d also never done before) seemed like my best bet.

I got my first chance during our one day Whitsunday Islands cruise. The 74 islands are absolutel stunning, even in the rain, and I regrette not getting to see more of them. Our tour explored the islands in the morning, then pulled into a secluded bay after lunch for some face time with the fish. And fish there were a lot of; zig zagging eagerly through the water near our boat. 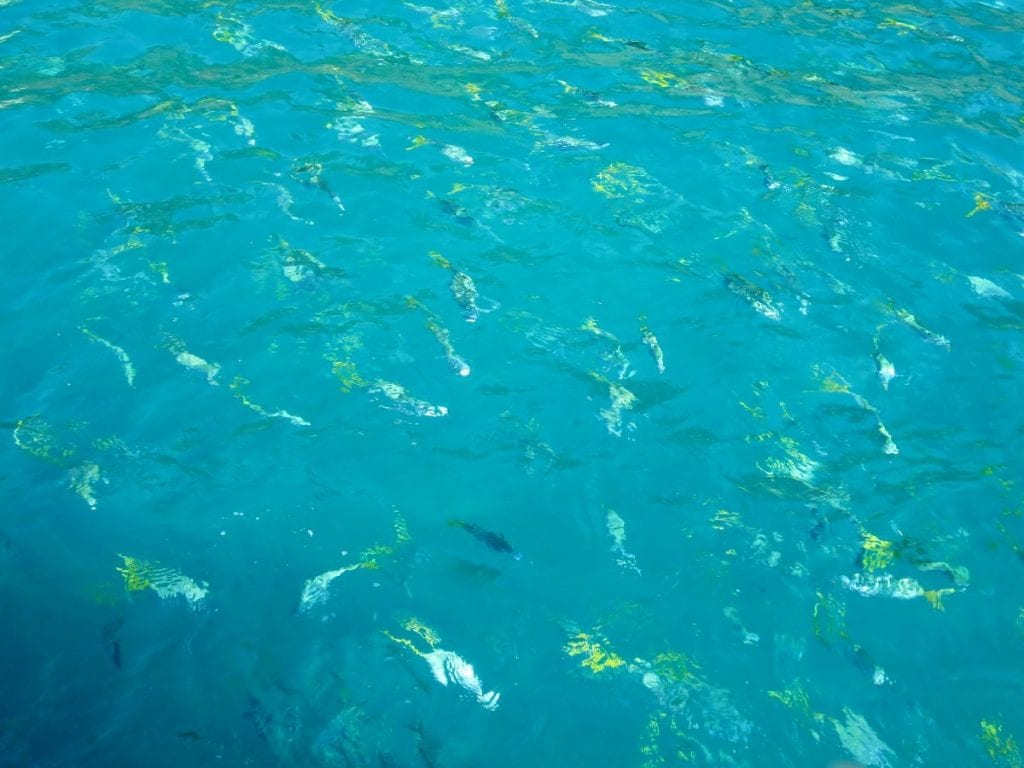 I was somewhat apprehensive, but I shimmied into my wet suit, eased into the water, took a deep breath and opened my eyes…

It was magical. Underneath the surface the water was clear, blue and busy, with fish of every color swimming just inches from my nose. Totally unfazed, they went about their business, leaving me to marvel at the sheer volume of beauty. I could see brilliant purple and pink parrot fish, little blue darters and so many more. It wasn’t scary at all- it was beautiful. A whole vibrant world on the other side of the glass. 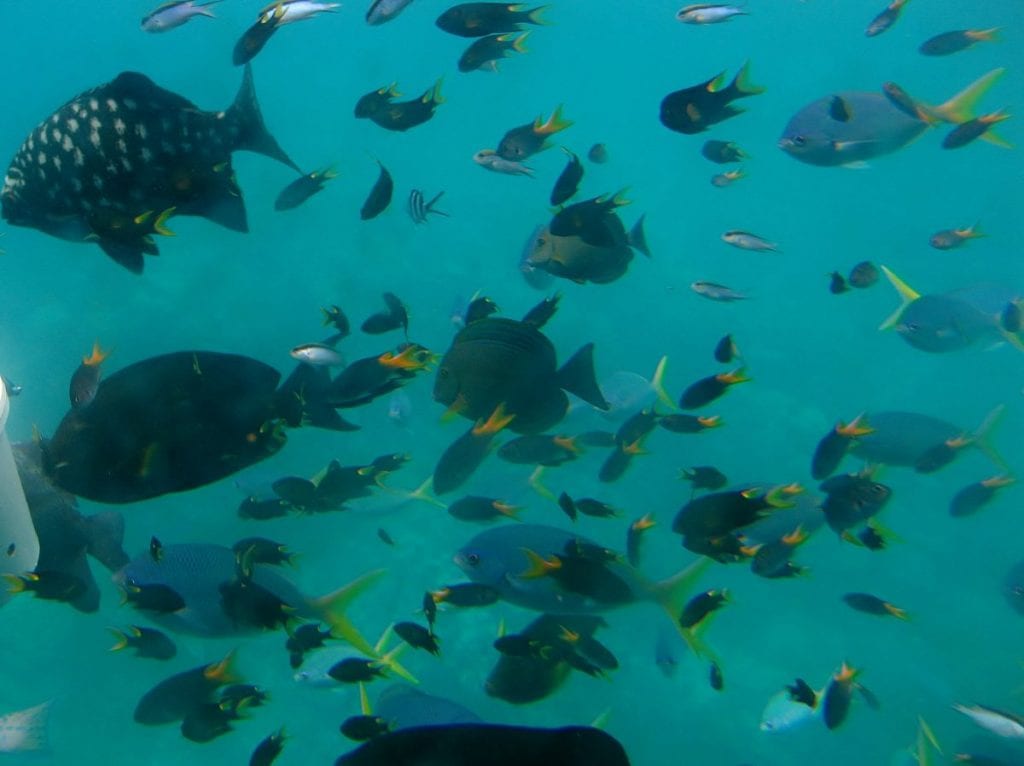 The next day I got a chance to continue my explorations. Since we couldn’t explore the Whitsundays we decided to take a day cruise out to the Great Barrier Reef. The Great Barrier Reef Marine Park, one of the seven wonders of the world and the largest living structure in the world stretches over a thousand miles off the coast of Queensland. Our boat  took us three hours away from the rainstorms, to the horse-shoe shaped Knuckle Reef. It was an impressive operation where you could observe the reef via snorkeling, glass bottom boat, submarine- even helicopter! Most of the pictures in this post come from the sub and from the pontooms underwater vieweing platform. 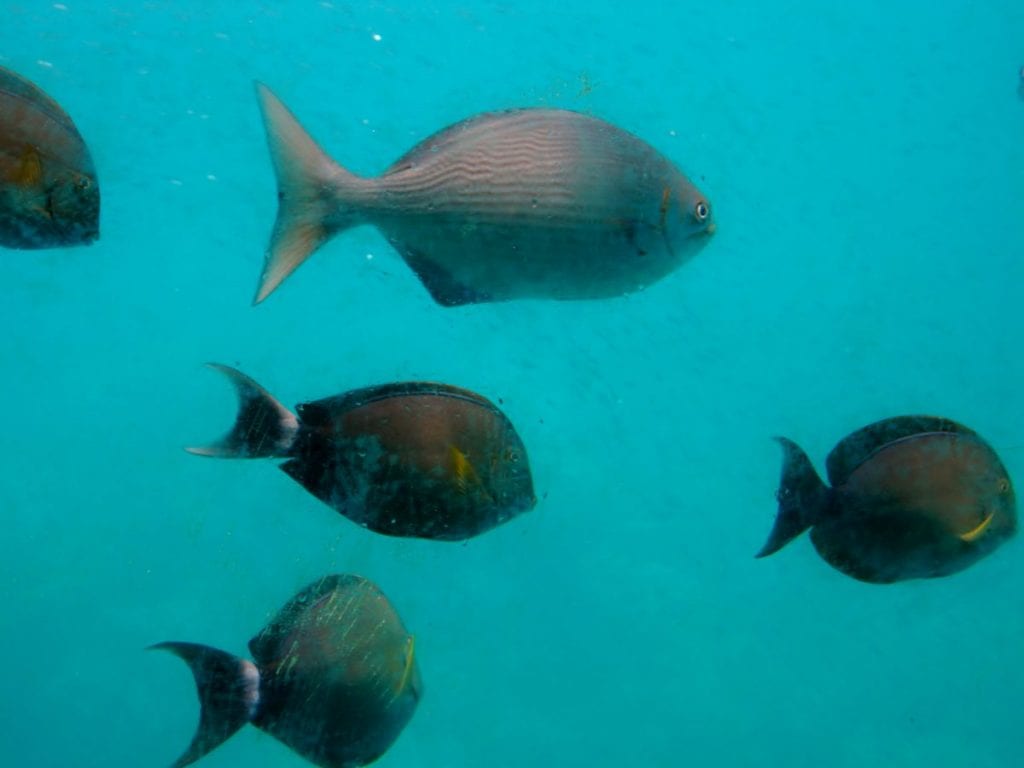 Once again I dipped under the water with my trusty snorkel and mask. This time, in addition to a plethore of fish, I was able to see the reef itself. A wall of beautiful, multicolored coral stretched out in front of me close enough to touch- not that I would ever dare. Everywhere life darted, slithered and waved through the water. Unlike the Great Wall of China, the Great Barrier Reef was awesome yet very, very real. 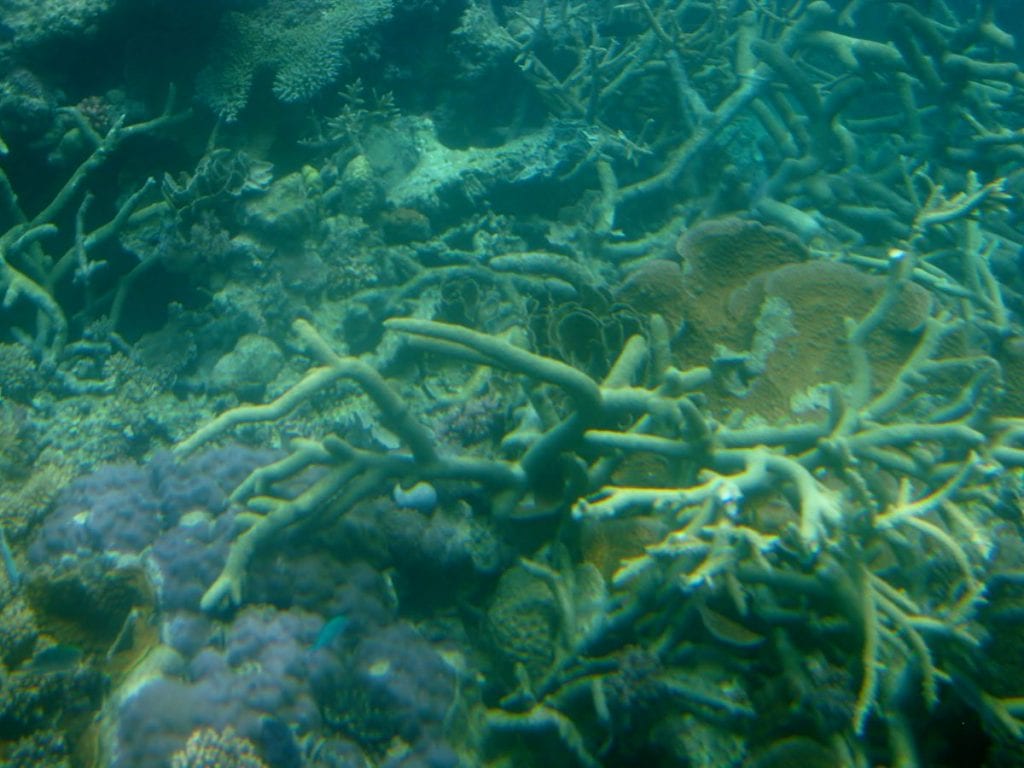 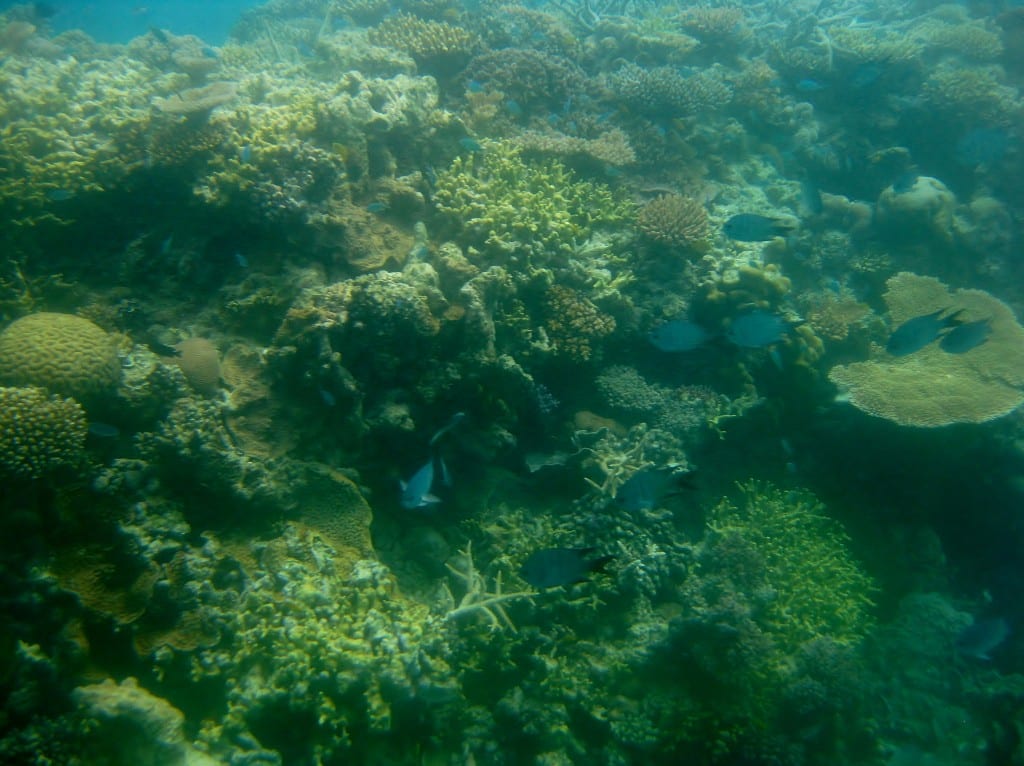 I feel as if I’ve been let in on a great secret that everyone else already knew. There’s life under the sea, vivid, busy and beautiful life. I want to snorkel more, to see more, maybe even someday I’ll work up the nerve to scuba. One things for sure: only viewing the water from this side of the glass is missing half of the equation.

*I’m currently traveling around Australia in a Chubby Camper Van with the generous help of Travellers Auto Barn.

31 thoughts on “Under the Sea”