I’m not a vegetarian but I do love food and I LOVE London. Today’s guest post highlights some fabulous budget finds in this expensive city.

Two years ago I studied abroad in what would grow to be my all-time favorite city in the world, London. Seriously… Greatest. City. Ever.

While I was crazy excited about my year-long adventure, I tentatively walked off that plane, worried about the infamous sausage and mash and eel pie. I’ve been a vegetarian on and off for a good portion of my life and at the time of my move had been hard out for nearly a year. Hence, worried about blood sausage and whatnot.

And as a student, the worry got progressively worse. The problem with strictly vegetarian restaurants is you often pay for the ease of eating meatless. As gourmet vegetables were never on my list of splurges, us veggies end up back at square one: ordering pasta and salads when eating out with friends, usually just going home and cooking. However, once I figured out where to go, turns out London has some incredible (and cheap!) vegetarian treasures.

My fellow students knew about local soup kitchens, secret cafeterias and how to eat for a pound right in the heart of major tourist destinations. Without the resourcefulness of poor and hungry British kids, it’s entirely likely I would have starved.

So without further ado, the five places you absolutely HAVE to visit as a vegetarian in Britain. Even if you’re not a veggie, this food is cheap: 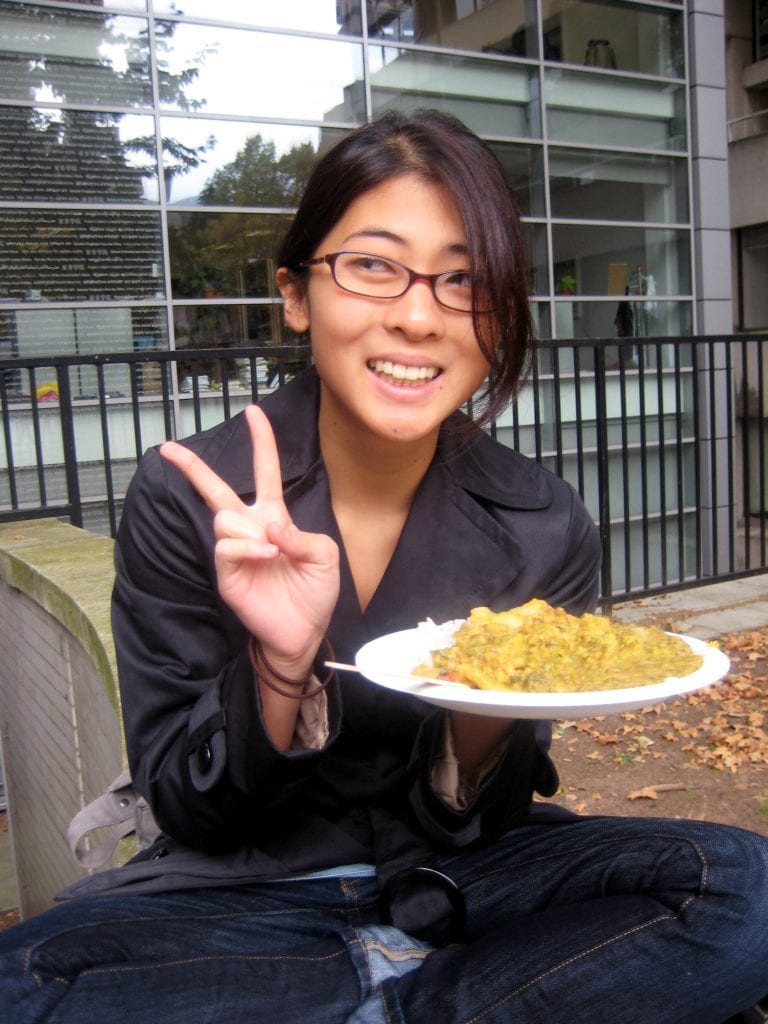 This free food got me through most days when I couldn’t even afford a Tesco sandwich. Provided by the Hare Krishnas, every weekday a volunteer rides up on his bike with a massive yellow container of curry.

A friend in my program came across this magical delivery service and I figure word of mouth is how most hear about this deal. I think the program targets the homeless, but you’ll find tons of students queuing and the occasional nine-to-fiver from a surrounding cubicle farm. Called Prasadam, blessed food, these free meals are provided by Food for Life’s Hare Krishna Rickshaw Project whose purpose is to feed the hungry and promote a vegetarian diet.

Not only is Camden a great area to spend an afternoon (vintage shops, art, a plethora of weird crap you don’t need), but the food court is the best I’ve seen. You’re surrounded by every kind of food: sushi, pizza, Mexican, Chinese, Colombian, Spanish, Tex-Mex, Portuguese. There are over 50 food stalls, so your options are pretty limitless, and a very picky Italian friend says the pizza is as good as in Rome.

Not to knock the actual restaurants in the area, but the stalls are your best bet – obscenely cheap, lots of food, veggie options abound and really, really good. You can easily eat for a pound and for about £3 you’re so full you can’t even be bothered to shop. 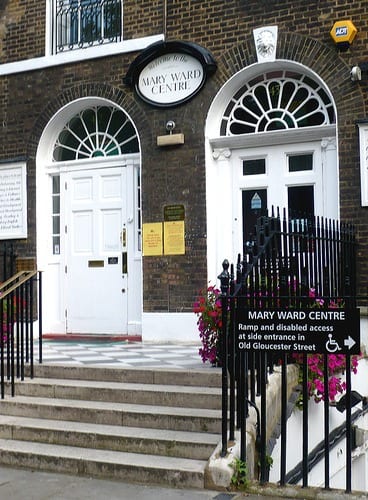 The Mary Ward Centre is London’s adult education college and has a small dining area that’s packed with students during lunch. Few outsiders know that the café is, in fact, available to everyone. Behind an inconspicuous white door, it may not look like a restaurant, but just trust me and head through the main entrance and turn left inside the hallway.

The menu is entirely vegetarian and changes often. I’ve tried everything from the Spanish tortilla to custard tarts and both are, might I add, to die for. 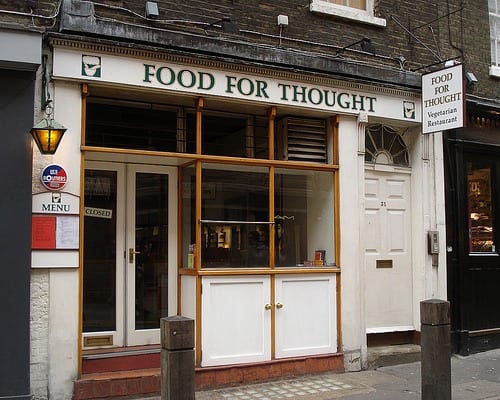 Food for Thought is another that’s easy to miss, but absolutely worth hunting down. The restaurant is at the bottom of a very steep staircase in what only can only be described as a hovel. The restaurant is always crowded, but filled with lovely people and delicious food. I had fabulous moussaka the last time I was there, but they serve up big batches of everything from pasta to quiche. The best part about this place is that it’s really intimate and cozy without being claustrophobic (I sat next to Jared Leto one time whilst he chatted with the common folk). Most patrons are regulars, not only because of the great food, but because everything’s less than £10.

The Stockpot is neither secret nor strictly vegetarian as it’s a London chain, but it was such a nice surprise that it deserves inclusion. My first 8 months in London were spent in a posh Chelsea dorm, which – while beautiful – was completely inconvenient as my student budget wouldn’t cover a pint at the local pub. Thank God for The Stockpot though, which is sort of like the British response to the American Diner. I highly recommend the gnocchi and, in the mornings, the full English breakfast.

Marian, 23, is a blogger, technically a social media “thug” (consultant is a boring word) for authors and has a bad case of the Quarterlife Crisis. She’s got the travel itch too and moved from New York to London to follow her heart and is headed to New Zealand in December. Her posts at marianlibrarian.com are usually tagged as “uncategorized” and when she’s not blogging about nonsense she helps people rock out on Twitter (but also secretly wants to be a pastry chef slash author slash farmer in the woods).

18 thoughts on “The Secret Veggie Meals of London”