I’ve been to Thailand twice and for a month each time backpacking throughout the country. The difference was the first time I went I was single and traveling solo. Over a year later I went again but with my girlfriend. The first time I went was during the low season and the second time during the peak season.

When I was traveling solo, I normally hung out with others that were also traveling solo. I rarely saw or hung out with other couples. Not that I didn’t want to, it just didn’t happen as often. The funny thing is, when I traveled with Stephanie, it was the opposite. I noticed more couples and less solo travelers. Still, there was significantly more solo travelers than couple travelers in Southeast Asia.

I jumped hostel to hostel meeting new people quite often. I partied and made new friends. By this time, I was four months into my trip and was getting tired of meeting new people every other day. There were times I had wished someone would travel with me longer than a day or two. Still, the advantages were that I could go wherever I wanted and eat whenever I felt like it. I stayed at destinations shorter since I was on my own time and the partying continued until I hit Malaysia where it completely stopped because it was too expensive to drink.

I met a local on a train ride from Chang Mai to Bangkok. We talked the entire train ride over and became friends. He invited me to his home in the city and took me around downtown. He had a mansion an hour away out of Bangkok and invited me to stay over. It was completely random and I’m not sure he would have been as inviting if there were two of us. 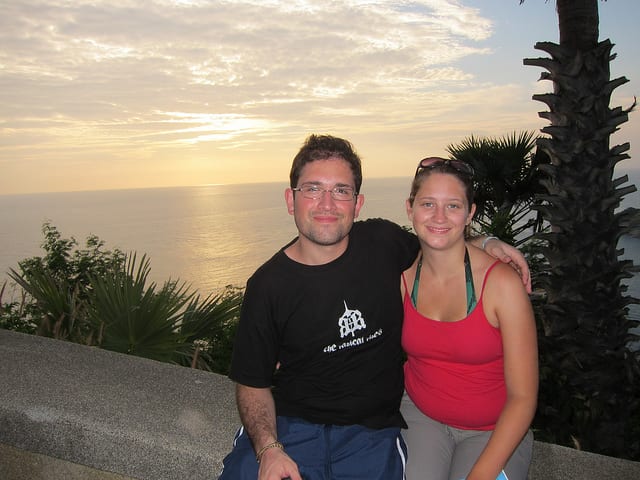 I went to many of the same places I went to last time with a few new islands. I never felt lonely and it felt great to share it with someone close. We traveled much slower than I had previously. It was much more relaxing and I didn’t feel as stressed out about meeting new people or figuring out where to go next. We had to compromise destinations, restaurants, activities, and activities. It was a whole lot easier to travel around because I had someone else that could help me in deciding the next activity, bargaining, getting around, and handling tough situations on the road. It didn’t feel weird at all to go to the same places again but we  different activities than I had previously. I probably annoyed her talking about what I had experienced last time and wanting to see how things looked like now compared to last time. Everything looked exactly the same as it was like year and a half prior.

It was cheaper. Outside of Bangkok, most of the accommodations are guesthouses. I didn’t have to find another traveler to split the costs with and I no longer had to try to run away from another traveler that I didn’t want to hang out with anymore. She was also there to stop me from buying unnecessary splurging unlike before I just took my own opinion and spent according to that.

Since the both of us started out solo traveling before we met, we know what both experiences feel like. Sometimes we still like to do a things solo. I think it’s important even as a couple to do things on our own. Solo traveling is great short term but I think in the long run, it feels great to travel with someone you know really well.