Mount Fuji is one of the most iconic symbols of Japan, not to mention the highest peak the country. With about five minutes of Googling I, like many Westerners planning a trip to Japan, realized that it’s actually possible to hike up this mythical mountain. The problem is, for many tourists this is about where their Mount Fuji research stops. When I was getting ready to summit Mt. Fuji, it seemed like every Japanese person I knew had a story of an unprepared tourist shivering in a T-shirt in below-freezing temperatures, or vomiting with altitude sickness after trying to sprint up the mountain in a few short hours. Locals think that tourists have no idea what we’re doing when it comes to climbing Mount Fuji because we generally make fools of ourselves when we try to do it. Here’s how to climb it right. 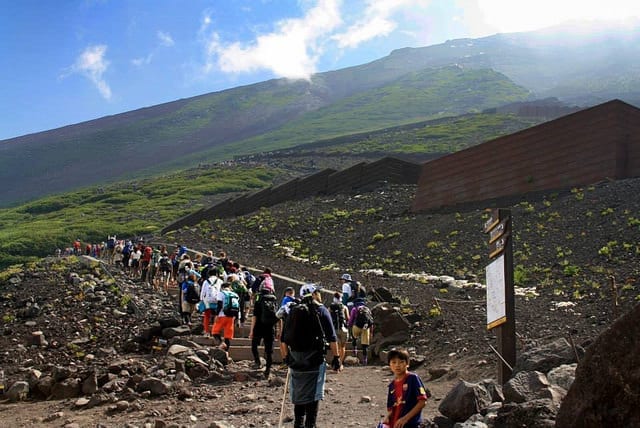 The official climbing season for Mount Fuji is July and August, which is basically the only time you should attempt it unless you’re an experienced climber. During this time of year, the trails are relatively clear, the mountain huts along the trail are open, and there are easy bus connections between Tokyo and the mountain’s 5th station (where most people begin their hike).

Although you can make the climb during the day, I think it’s much more rewarding to climb overnight and reach the summit in time for sunrise. Watching the sun come up from the top of Mount Fuji is easily one of my favorite travel experiences to date – hands down. 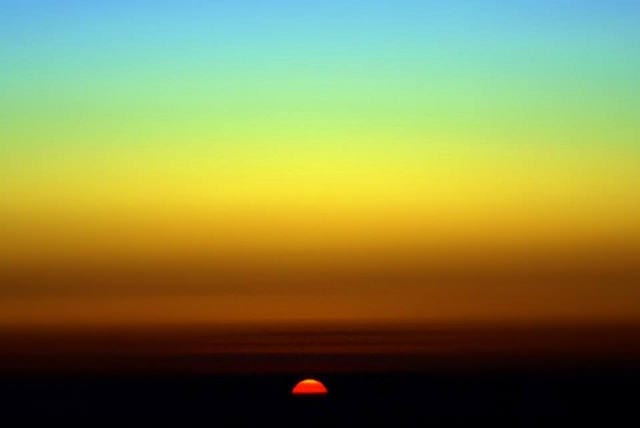 Most people who do the overnight hike begin the trail in the afternoon; break at one of the mountain huts at the 7th or 8th stations for a few hours in the evening, and then continue to summit Mt. Fuji in the early hours of the following morning. It’s important to call ahead to book a space in a hut because they’re almost always full during the climbing season. All the huts have roughly the same facilities and are priced around 5500 yen ($53) per person. It’s ridiculously expensive, particularly when you consider that these 50 or so dollars gets you a sleeping bag in a communal room filled with other people; but you’re halfway up a mountain, so it’s clearly a seller’s market.

How to Summit Mt. Fuji 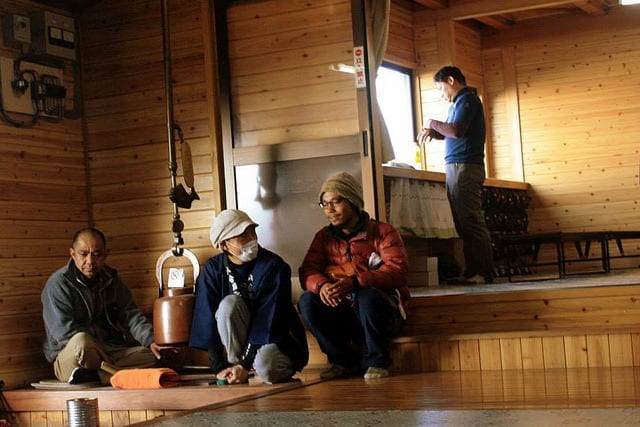 There are actually 4 different 5th Stations on different sides of the mountain, which are collectively the most common places for people to begin the climb. Most buses from Tokyo drop hikers off at Fuji Subaru Line 5th Station, where you can access the Yoshida Trail. This is the trail most hikers choose to follow to summit Mt. Fuji because it has numerous mountain huts along the way, and the sunrise occurs on this side of the mountain. The trail is very well marked and there are typically hundreds of other hikers following the same route, so, fortunately, it’s virtually impossible to get lost.

The distance between the 5th Station and the summit is only about 6 km; however, it’s a seriously steep 6 km, with about a 1500 m increase in elevation along the trail. If you’re hiking the Yoshida Trail, the ascent should take about 5-7 hours, despite the short distance you’re actually covering. Basically, you have to climb slowly – really slowly. I completely underestimated how intense the change in altitude would feel. Brent and I climbed slowly, but my heart was still pounding the whole way and we frequently had to stop to catch our breath. This is another reason why I think an overnight hike is better than a day-time one: Aside from getting to see the amazing sunrise, the overnight hike generally means spending a few hours of rest at the 8th station, which gives your body more time to adjust to the increasing altitude.

What to Bring to Summit Mt. Fuji 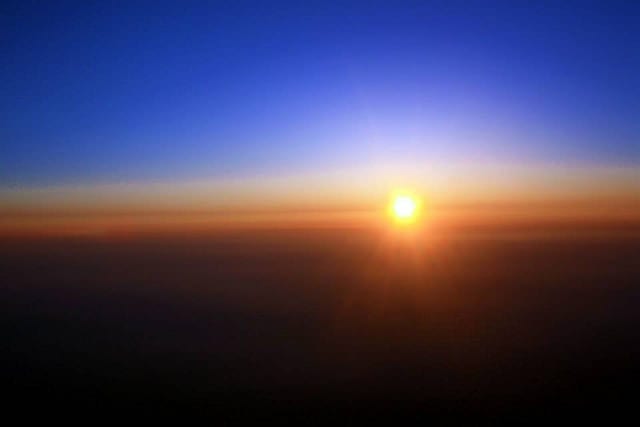 You can buy snacks, water, coffee and hot noodles at the mountain huts found along the ascending trail, however, everything is extremely expensive, so it’s a better idea to pack your own. Obviously, there are no ATMs along the way, so it’s best to bring some cash in case you need to buy extra supplies along the way. It’s also important to keep in mind that there are no huts along the descending trail, so you should stock up on water and snacks from the hut found at the summit.

August is the hottest time of year in Tokyo – think about 31oC and crazy humid, yet temperatures at Fuji’s summit often dip below freezing. Bringing layers is essential. By the time we reached the summit, I was wearing a fleece, jacket, gloves, two layers of long pants, and a hat, and I was still incredibly cold. Of course, if you’re doing the overnight hike, you’ll also need to bring a headlamp to navigate the final part of the trail after dark. 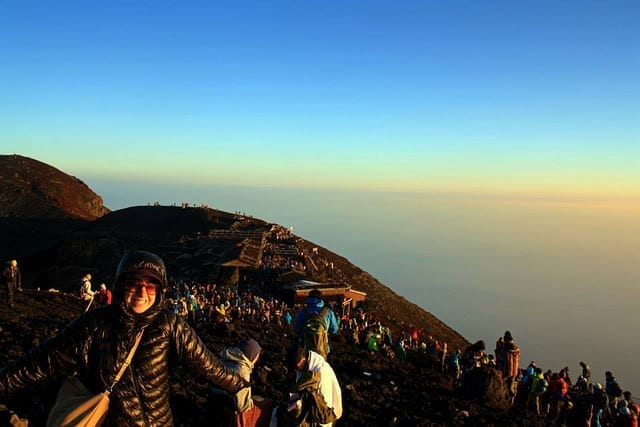 I was pretty prepared to summit Mt. Fuji, but one thing I really regret not bringing is walking poles. During the climb up, I kind of wondered why so many people were bothering to use hiking poles, but on the descending trail, I discovered that other hikers were using the poles to brace against the incline. The descending trail is very steep and covered in gravel that makes it almost impossibly slippery. My running shoes had been comfortable up until that point, but the sharp angle painfully forced my toes into the corners of my shoes, and I was limping by the time we reached the bottom. The other perk of bringing hiking poles is that you can have them branded at each station along the ascending trail, which is kind of a kitschy but a cute souvenir of your experience. 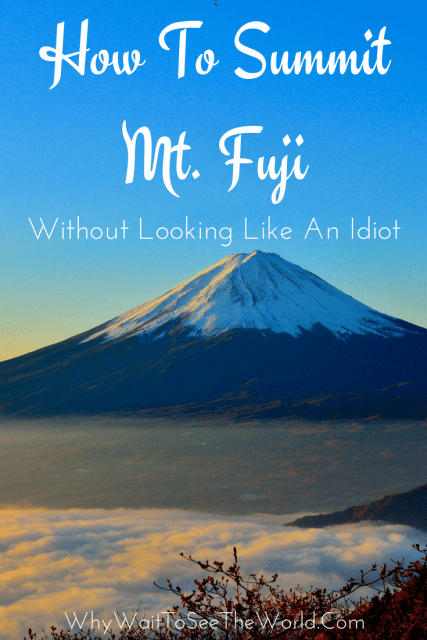 16 thoughts on “How to Summit Mt. Fuji Without Looking Like An Idiot”