Sure Safaris are cool and excursions to remote villages are enlightening but nothing is as adventurous, life altering, and just plain fun as a hitchhiking tour. And this goes double for hitchhiking in Africa.

When you hitch through Africa, you experience it not as a tourist but as a traveler. Through miles of walking, you have the chance to truly absorb and reflect on the countries. You meet countless people who depart invaluable knowledge and lend support to your journey. You might also even meet a beautiful girl in a village.

However, needless to say, hitchhiking in Africa can be dangerous. The lack of infrastructure in many regions and thus a lack of governance means road robbers are a real threat. If you get involved with a local girl you might just find yourself in a fairly awkward predicament. And if you’re not mindful of the elements, heat stroke and wicked sunburns are inevitable.

So, if you’re like me and have an insatiable desire to hitch everywhere you go, including Africa, below are a few things you should know that will help you survive and thrive. 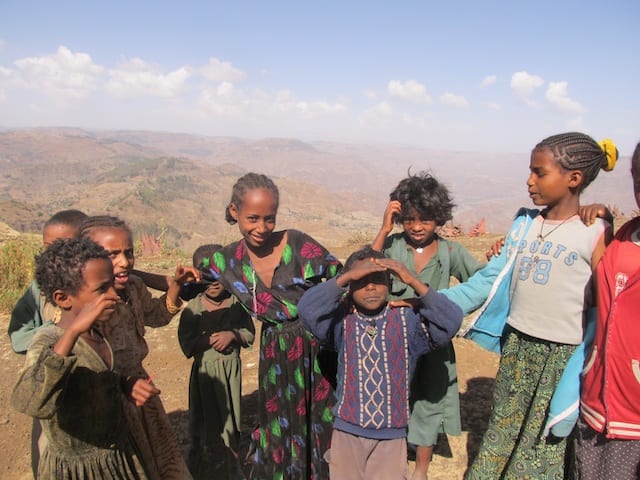 I love African kids, particularly Nubian and Ethiopian because they’re not afraid to get shit on their hands or even throw it for that matter. While hitchhiking southern Egypt, I became quite a target for dung flinging. At first, I thought it was hilarious but it soon began to wear on my morale. And since the farmlands surrounding the Nile contained an endless supply of poo ammo, it just wasn’t letting up. However, instead of letting it affect my positivity, I decided to fight poo with poo. I even initiated preemptive strikes. The kids on the road ahead never saw it coming.

Almost any road you travel in Africa will have some kind of police checkpoint. They do this to prevent illegals and smugglers from traversing the country. And I think they also do this just to mess with foreign travelers. Let’s just say that unless you want to be held for a few hours in eastern Morocco, it is best not to have an overly anti-establishment attitude while hitchhiking in Africa. 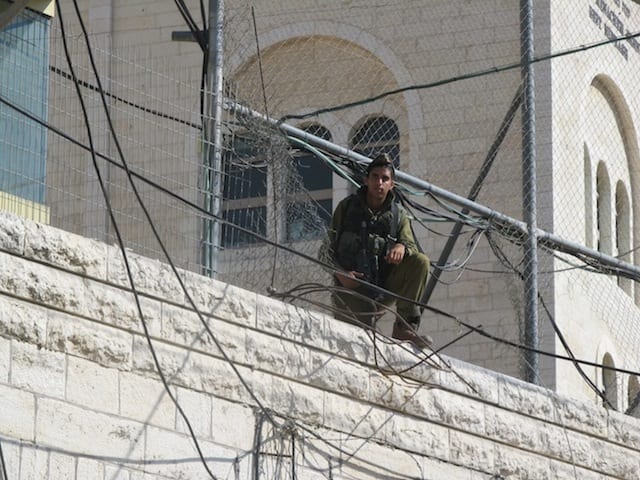 You really have to be careful in places like the Ethiopian Highlands and Mt. Kilimanjaro. Here the strength of a near-equatorial sun combined with deceivingly brisk high altitude air can result in early stages of skin cancer. It can also induce debilitating dehydration. Bottled water is easy to come by, but sunblock is not. Unfortunately, I had to learn this the hard way through one of the worst sunburns I have ever experienced.  If you plan on hitchhiking in Africa do not forget the sunscreen! 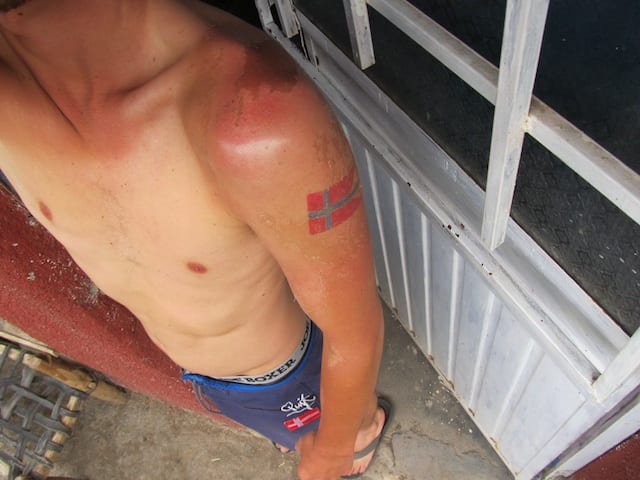 During the two weeks I spent traversing Sudan, I had the pleasure of experiencing two bus crashes. Through both instances, I realized that accidents in Africa aren’t uncommon. From then on, I made a metal note to stay vigilant the next time I was looking for a ride. 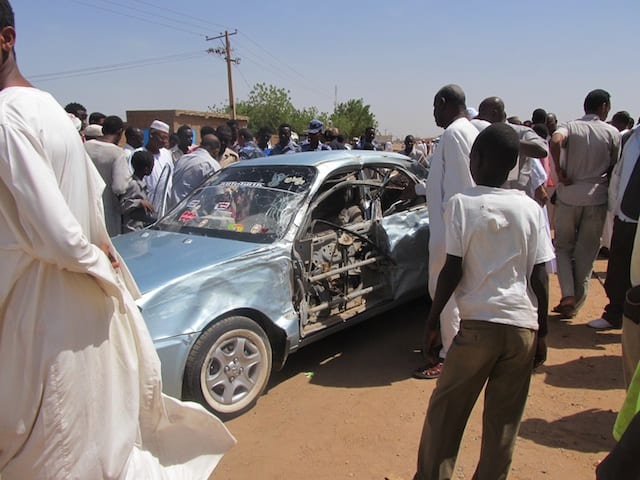 5. If You Hook Up With A Local Girl, Strings Will Be Attached

3 sisters invited me in off the road for coffee. In minutes two of the sisters had left and I was left with just the one. Before I knew it, she was massaging lotion onto the sunburn on my back. Although we didn’t go all the way, there was talk of marriage when her parents returned. 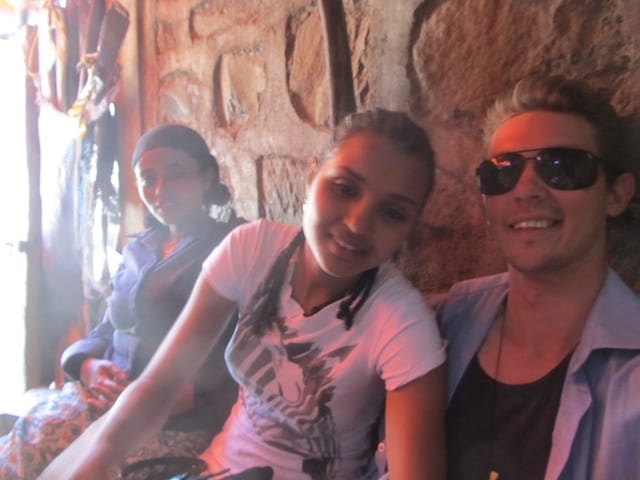 6. Try To Avoid Farmers With Guns

Farmers throughout Africa often carry weapons for hunting and defending their land. They also sometimes use them to rob travelers. Though I had heard countless stories of this, I never believed it until I found myself being hunted by four AK-47 wielding farmers. Thankfully a sole minibus arrived just in the nick of time and I managed to escape. 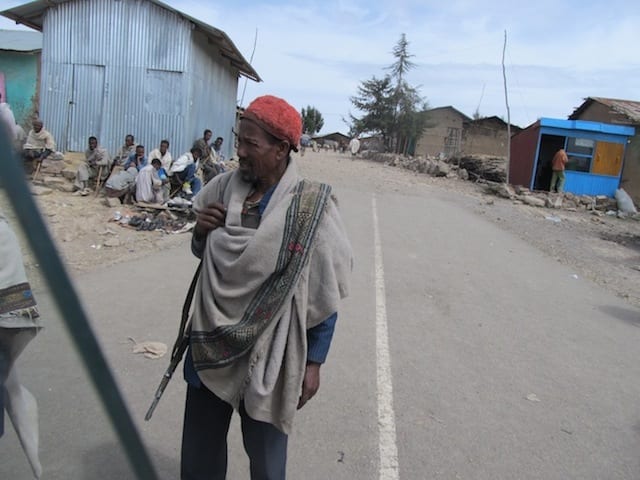 Although hitchhiking definitely increases your odds of dying, if you emanate positivity, trust in the universe, and keep the former tips in mind, you should be alright. In truth, people are people everywhere, and though some may want to rob you, nobody really wants to kill you.

Yes hitchhiking in Africa can be dangerous, but anything rewarding and fun in life usually is. For more advice on hitchhiking, world adventure, and intense budget backpacking, you can check out my blog, The Runaway Guide.

For a quick glimpse of what it’s like to Hitchhike in Ethiopia,

When Leif was 16 he ran away from home and explored much of Europe and the Middle East without a dime. He is currently working on a book about this adventure as he continues to make new ones traveling the world. Through his experiences, advice and adventures, he hopes to prepare, empower, and inspire others to travel. Visit RunawayGuide.com. 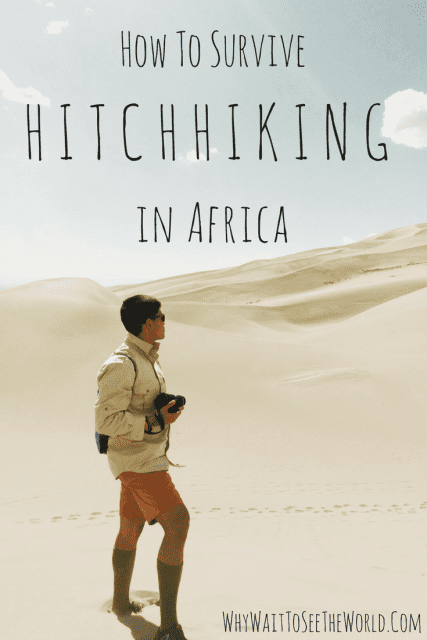 1 thought on “How To Survive Hitchhiking In Africa”