As I currently sit here in Los Angeles, where the temperatures are more reminiscent of summer rather than the middle of January, I find myself missing the gloomy weather of Taipei right now — but only to satiate my craving for a Taiwanese shaved ice.

Growing out of the Ben & Jerry’s phase where I thought a pint of Cherry Garcia could fix the world’s problems, I now turn to delights like Taiwanese mango shaved ice for moments of sadness, joy, refreshment, and well, any other excuse that pops into mind.

If you have ever looked at any given guide book on Taiwan, nine times out of ten you will find a recommendation or notation about Ice Monster in Taipei and its legendary Mango Shaved Ice.

It’s even more legendary now, because well, like all good things that must come to an end, so did Ice Monster.  After a bitter alimony dispute, Ice Monster closed up shop in January 2010, leaving scores of travelers and locals heartbroken.

Since then, a new store (Yong Kang 15) reopened in its place, but it has not yet achieved the same international notoriety yet, despite “rumors” that the previous Ice Monster owner signed on as a technical advisor.  However, opening in the exact location Ice Monster once stood pretty much guarantees Yong Kang 15 business from travelers toting their 2010 edition guidebooks.

Over the past two years, I’ve received emails and pleas from other travelers looking to find other shaved ice in Taipei.  Surprisingly, it’s not that hard to find.  From night markets to dedicated shops like Yong Kang 15, Taiwanese shaved ice is a staple in Taipei. 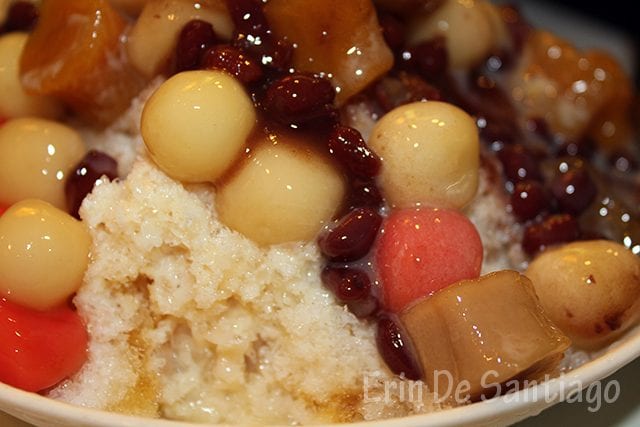 Often called bào bīng (剉冰), shaved ice is a popular dessert in Taipei, especially during the scorching summer months we get.  If you happen to be visiting during a cold month, just ignore the funny stares and giggles you may get from locals ordering hot desserts, and proudly dig into the frozen sweet goodness.  I certainly do.

Taiwan style shaved ice is available with a variety of toppings, but most prefer fresh mango when in season.  Mangos in Taiwan are said to be among some of the best in the world, and I will personally vouch that they are certainly some of the best I’ve ever tasted to date.

What sets Taiwanese shaved ice apart from many others I’ve tried in different countries is the fine, snow-like quality of the ice.  It’s not a hard sno-cone you could lob at your worst enemy, it’s resembles fluffy snow that just beckons you to make a snow angel.  At least based on Hollywood movie versions of snow angels!

Atop the heaping bowl of shaved ice, choose from toppings like strawberries, mango, red bean, mung beans, grass jelly, taro, etc.  And often times, they include a scoop of fresh ice cream…or two.

If the soupy goodness of the fruit and ice cream weren’t enough, the symbolic cherry on top is a generous slathering of sweetened condensed milk.  It’s not overly sweet where your teeth ache, but provides just enough sweetness to tie the entire dessert together.  I’ve seen other variations with chocolate sauce or sugar syrup.  It really depends on the shop and what flavors or toppings you order.

While I could devote an entire post to this, another variation is xue hua bing (雪花冰), commonly referred to as Taiwanese snow ice.  Rather than flaky bits of ice, the base of the dessert is typically layered-sheets of frozen condensed milk.  The consistency is achieved through the milky base and a special machine that shaves the ice.

While I prefer the basic condensed milk base with passion fruit syrup, other popular varieties include green tea ice with red beans, and chocolate ice with sprinkles.  I’ve seen a few places offering corn topping (you can practically find corn on anything in Taiwan), but I can honestly say that one isn’t on my short list of flavors to try.

When visiting Taiwan, look for shaved ice stalls at popular night markets like Shilin.  There are booths inside the food building and several small shops on various alleyways. Many stores have no English signage, but offer lots of pictures on the wall, so just wander around and point to whichever one you want to order.

To try the “Ice Monster replacement”, Yong Kang 15 is super easy to find – its name is the address.  Located on the famed foodie street, just around the corner from the original Din Tai Fung, Yong Kang 15 is on a corner, about two block down on the left-hand side.  If it’s a hot Saturday night, just look for the line as your turn on to Yong Kang. 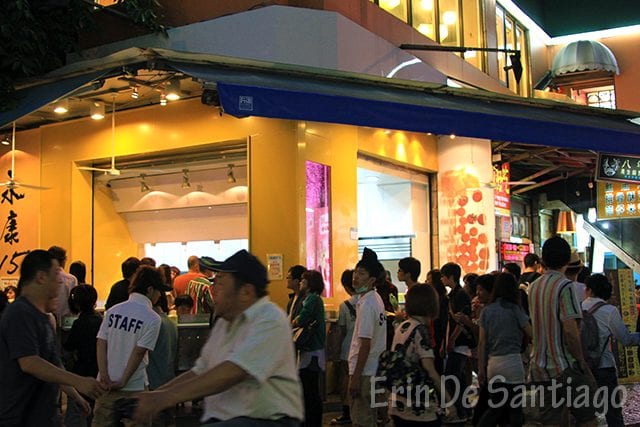 If you have no plans to visit Taiwan soon, you may still be in luck as the addiction of Taiwanese shaved ice is spreading.  Chains like Charmy have branches in other countries, selling the “snow ice”.  Cities that have a larger Taiwanese presence typically have a few shops as well.  Bigger cities like San Francisco and Los Angeles definitely have stores that sell Taiwanese shaved ice, and while some may not be as good as what you get in Taiwan, it certainly beats not trying it at all!