Living and working in Europe has always been the dream, to immerse myself in the history and culture of countries so much older than my own. Not to mention finally taking on the challenge of learning another language. I’d been elusively trying to learn Spanish for years, but never quite stuck with it, as well as wanting to get out of an office job and pursue helping people with their language learning, something I’m far more passionate about. What better way to do these two things than by moving to Spain?

Spain itself is beautiful, the culture’s relaxed, the people are friendly and the food is awesome. The idea of spending my weekdays in classrooms teaching students and weekends exploring the country, sipping wine, eating tapas and trying to blend in as a local, seemed the perfect balance. There was just one problem. Being from outside the EU means needing a visa to live and work in Spain, and those pesky pieces of paper aren’t always easy to get.

Many European countries have working holiday visa agreements outside of the EU, including Spain. This sounds great, except they can be very specific visas to get, and if you don’t fit the requirements or your country isn’t eligible then you’re out of luck.

But luckily, if it’s your dream to work in the morning and evening, with afternoons free for the beach and siestas then there are more ways you can make it happen!

Spain is in the midst of a movement to increase their English speaking ability. More schools are becoming bilingual, university students have minimum English requirements to graduate and adults need to prove their English level for employment. So if you’re a native English speaker, they need you. There’s now more than one way you can achieve your dream of living in Spain teaching English, and here’s how.

Programs to Teach English in Spain as a Non-EU Citizen 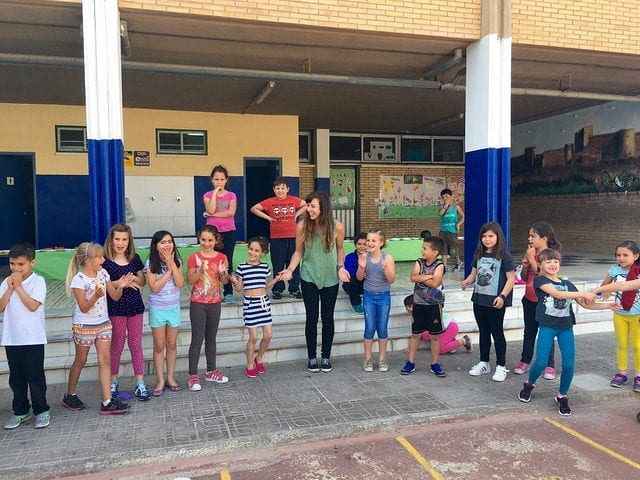 The Auxiliares de Conversacion Program, run by the Spanish government, is probably the most well-known program if you want to teach English in Spain. Citizens of the United States, Canada, New Zealand and Australia are recruited to be English language assistants in Spanish schools. It’s an attractive offer; move to Spain, work for 12 hours per week, with one guaranteed day off, all for a wage of about €700 per month (16 hours a week and €1000 per month in Madrid). As a language assistant, you’re never teaching alone in the classroom and you have support behind you from the school.

There’s a few qualifying factors, like having, or have almost finished, a Bachelor degree and sometimes having a basic knowledge of Spanish. You won’t get to choose your exact location within Spain on the Auxiliares program but you can choose your preferred provinces. Wherever you’re placed, you’ll make it work, plus you can renew the program for a second year and choose your next placement in Spain.

The Auxiliares de Conversacion program gets you entry to stay in Spain through a student visa, since technically as an assistant you’re learning to teach while you’re there. The papers you receive with your placement and the insurance provided make the student visa process easier than applying to be a student somewhere on your own.

The Auxiliaries program was the program I chose to help me achieve my dream of learning Spanish and being able to teach English in Spain. I went to Spain with almost zero Spanish speaking ability, but with some Spanish lessons and work on my behalf I was speaking fairly confidently by the end of my first 5-month stint. There was some guesswork involved with the visa applications since the program doesn’t help too much with this, but I found speaking to other Auxiliares on the Facebook Groups for the program was a huge help. They’re a great place to find help with everything, from accommodation, school stuff and even your social life.

Moving to Almería in the southeast of Spain has been one of the best things that could have happened for me, and I’d recommend the Auxiliares program to anyone who qualifies and is looking to teach English in Spain. No program is perfect, so it’s really about picking the one that works best for you and working through any issues that might crop up. 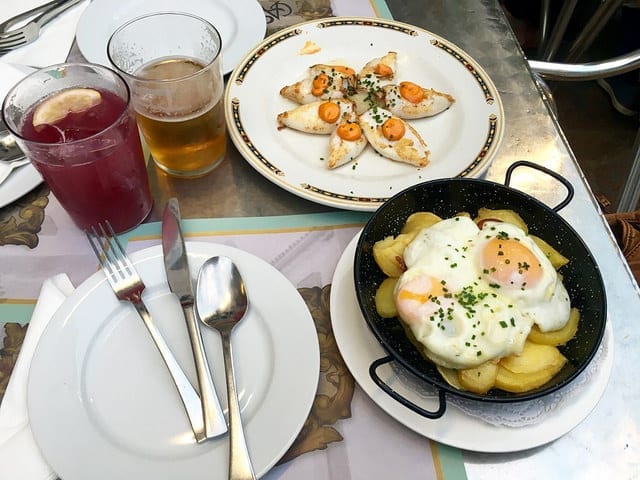 The BEDA (Bilingual English Development and Assessment) program is a similar program to go through to start teaching English in Spanish schools. It operates in private Catholic schools in the Madrid area. On this program you teach for 18-24 hours per week and pay goes up accordingly. However, unlike the government-run Auxiliares program, you’re required to take university classes in both teaching and Spanish language in order to get a student visa to be in Spain. Some think the classes are useful and some would rather not have had to go, but either way, these courses could be your ticket to living in Spain.

The BEDA program is an attractive option because it has more support than the Auxiliaries program and some say it’s better organized, plus you have a high chance of being in the Madrid area. However, it also has more requirements and some small fees. 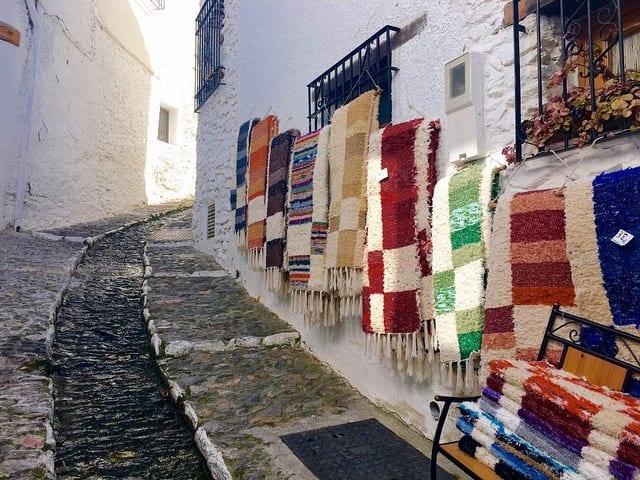 The CIEE (Council on International Educational Exchange) program is similar to both the Auxiliaries de Conversacion program and BEDA program in the hours of work and the compensation received. You do need a Bachelor degree and knowledge of Spanish, and unfortunately, it’s only for US or Canadian citizens. CIEE also offers the chance teach English in Spain to adult professionals instead of just primary and high schools like the other programs.

The difference in applying to the CIEE program is the larger application fee. In exchange, you do receive more support throughout the entire year with everything from setting up a bank account to getting your resident card and accommodation. For travelers who have never lived abroad before, or who are extremely nervous about navigating through life in Spain this could be a preferred option. 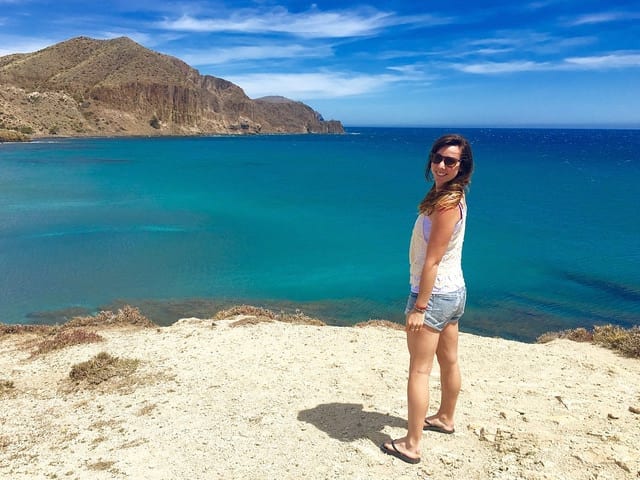 The easiest way to teach English in Spain if you’re from outside of the EU is through a student visa, and any of the programs above will allow you to apply for one. Most language assistants take on extra English classes they organise privately for more money, but at the very least you know you have a minimum income every month.That doesn’t mean you couldn’t do it entirely on your own though.

The easiest option if you’re under 30 and your country has an agreement with Spain would be a Working Holiday Visa which would allow you to find work once you arrive in Spain, and teaching English is a likely option for a native English speaker.

If there’s working holiday agreement or you’re over 30 then the best way to legally live and teach English in Spain is still to get a student visa. You’ll be on your own for the student visa application, similar to the Auxiliares program, except you’ll also need to make sure you meet the financial and health insurance requirements too.

If you choose this option, consider living somewhere with a bigger job market like Madrid, Barcelona, Granada or Seville to do your study. These places also have vibrant student populations and a lot of expats, which will make it easier to find work, especially if your level of Spanish is low. 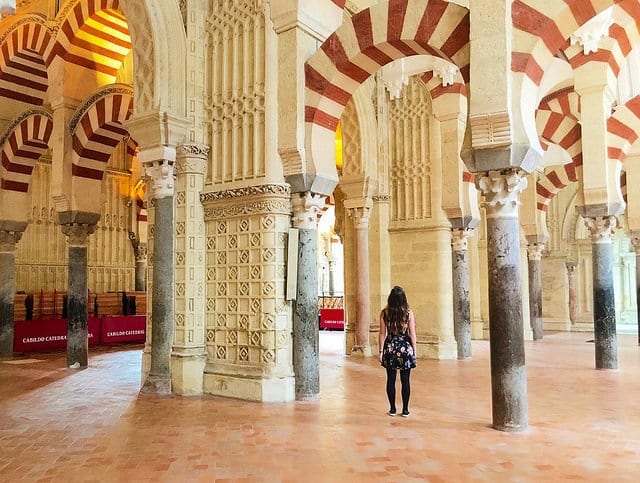 In Spain, some TEFL or CELTA programs give you a chance to apply for a student visa if the program is the right length and timeframe. Usually, the course needs to be a minimum of 20 hours per week for more than 6 months, and they’ll advertise this. You’ll then be allowed to work 20-25 hours per week. 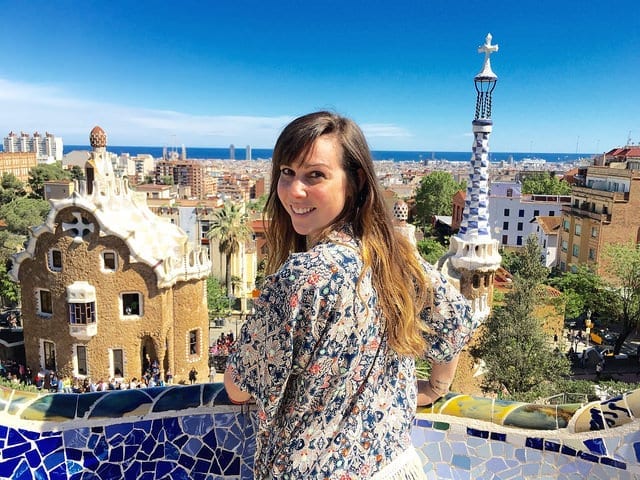 If you’re dreaming of moving to Spain and you have no knowledge of Spanish at all this is a good place to start. Many Spanish courses take place in the mornings, leaving you free to teach in an English Language Academy in the evenings, and afternoons free for the beach! You’ll need to do the job hunt on your own, but there are countless online resources and you’ll make contacts once you’re there so it’s nowhere near impossible or as scary as it may sound. 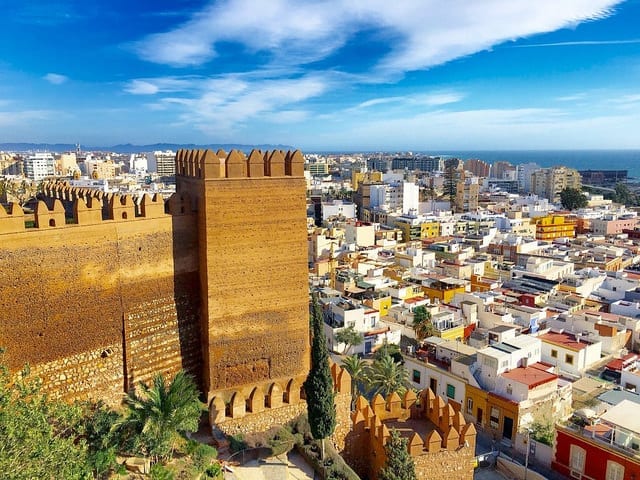 If nothing else works there are often English camps run through the summer when school’s out. These may be easier to find from within Spain and if you have some knowledge of Spanish. They could also be on more on a work exchange basis than for actual pay, but if you’re desperate to have the Spanish experience even for a short amount of time then this could be the option for you!

For anyone outside the EU, the opportunity to teach English in Spain can seem mission impossible, but this shows it’s not as difficult as you might think. You too could be exploring the white pueblos of Andalusia, the beaches of Cabo de Gata, the gothic alleys of Barcelona, or the mountains of the Sierra Nevada before you know it!

Sonja is an original Kiwi but perpetual expat who has lived the US, Canada, Australia, and Scotland but who currently calls Spain home. Usually found in a cafe partaking of coffee and cake with her laptop close by, or most recently beer and tapas! She blogs at Migrating Miss about her living abroad adventures and all things travel. Follow her latest escapades on Facebook, Instagram and Twitter. 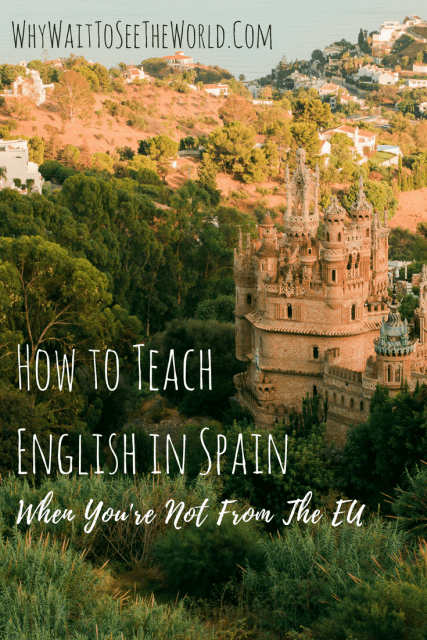