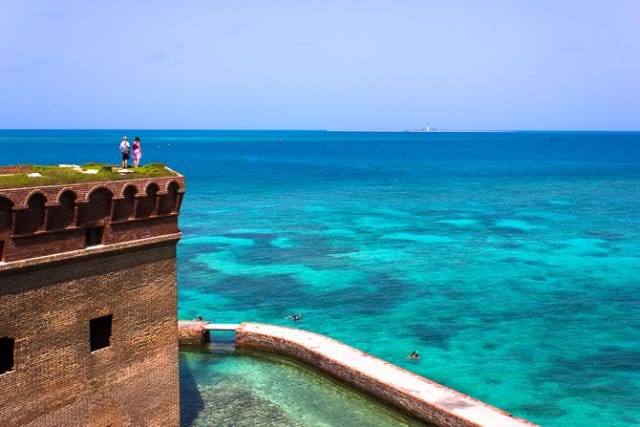 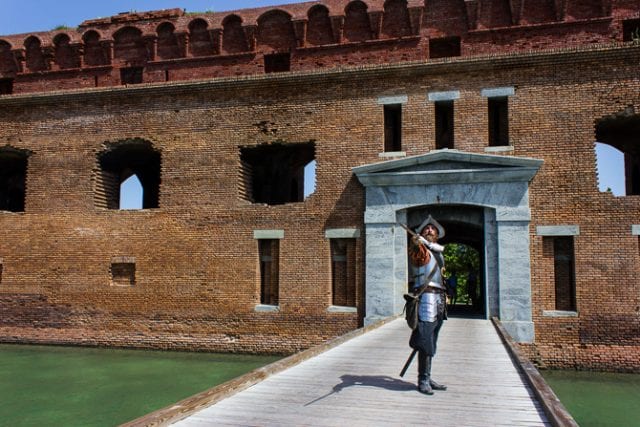 Construction began in 1825 originally as a lighthouse for the Keys. It was originally created to fight off piracy in the Caribbean. By 1846, Fort Jefferson was being built to secure the area even further. The fort was then used during the Civil War where they had at its peak nearly 2,000 people living in the fort. It was a difficult life for them at Fort Jefferson because they were far from mainland Florida and Key West. There was no fresh water nor much supply for food.

By the end of the Civil War and for the rest of its active years, Fort Jefferson became mostly used for prisoners and the Army. There were four special prisoners that arrived in 1865. They were Samuel Arnold, Edmund Spangler, Michael O’Laughlen, and Samuel Mudd, all of which had been convicted of conspiracy in the assassination of President Abraham Lincoln. Yellow fever broke out heavily in 1867 at the fort. Dr. Samuel Mudd, who had treated John Wilkes Booth broken leg whom assassinated President Abraham Lincoln, became the local doctor of the fort and treated patients with yellow fever. Still many people had died. By 1888, the usefulness of the fort had declined and was no longer used.

Visiting and Getting There 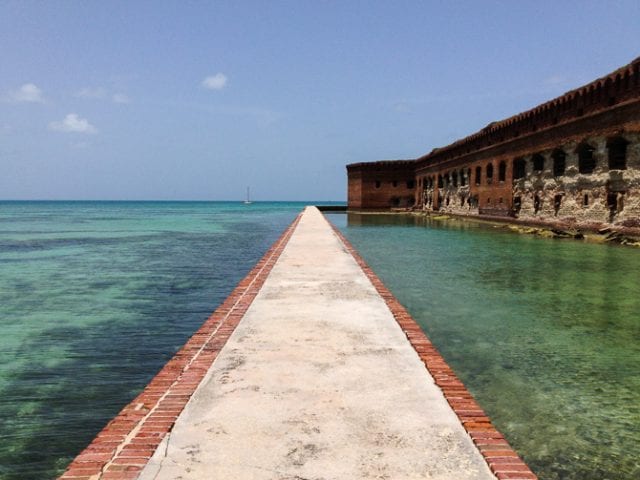 It’s definitely an all day event. You leave in the early morning and get back by early evening. You’ll be exhausted by the end of it.

The best way to get there is with Yankee Freedom. They expect you to check-in by 6:30AM and it leaves by 8:00AM. A decently big breakfast is included. The boat arrives at Fort Jefferson by 10:00AM. A buffet lunch is served between 11AM and 1PM. The boat leaves by 3:00PM and gets you back to Key West by 5:30PM. The boat fits close to 150 people.

Once you arrive on the island, you’re free to do whatever you want. They have different kinds of free walking tours, free snorkeling gear, and free time to just wander around. I really loved snorkeling around the fort. The corral was beautiful and there’s plenty of fishes around.  I was surprised to see blue-footed boobies in the skies too.

Adult round-trip tickets costs $165 each. Cheaper for students and children. 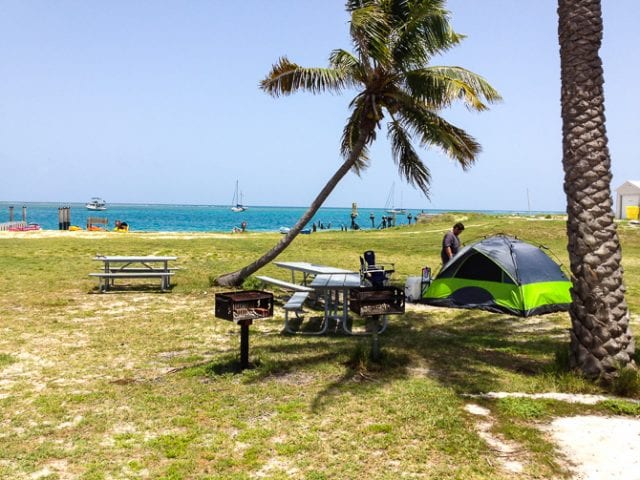 Although I didn’t camp on the island, I wish I had because I was very jealous of those staying. I stayed during the orientation for the those that were camping. There were only 8 people that was going to stay on the island.

After the boat leaves, you have the entire island to yourself. There’s probably another hand full of people that live on the island as well. On the Yankee Freedom boat, there’s an added cost (which I don’t understand why) for those staying on the island and coming back on the boat the next day.

A few more things I learned during the orientation:

For more information on camping at Dry Tortuga National Park

I went to the Florida Keys as part of a media trip. All expenses were paid in exchange for coverage. All opinions are my own.[

1 thought on “The Deserted Island of Dry Tortuga Bay”