It pains me to write this, but I finally found a country whose food didn’t speak to me.

I spent a few weeks in Nicaragua, mostly the west coastal areas of León, Granada, Ometepe and San Juan Del Sur, and fell madly for this country. A lot of the infrastructure and characteristics of its people reminded me of my first country love, Thailand. 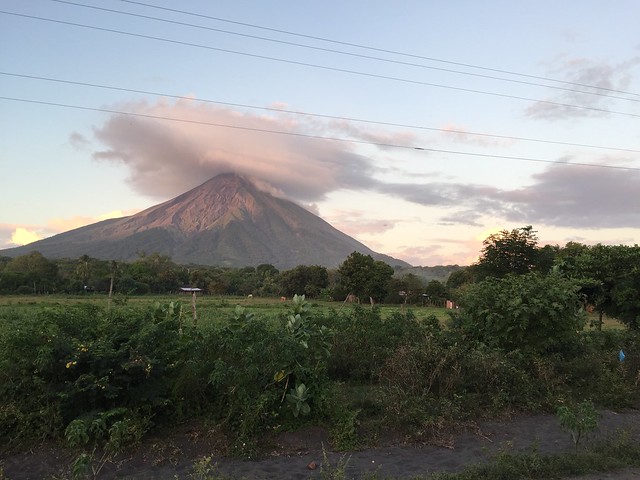 But the food. The food was the exact opposite of love.

The food of Thailand is so rich with flavors. The noodle bowls have the rich broth, the bright citrus notes, the spicy herbs and chilies. The curries have peppers and coconut and chili paste blended together in unison. Even their cheap on the go snacks like sticky rice are often laced with coconut cream or other sweet pastes. Everything about that cuisine makes my mouth water. Thai people take great pleasure in their food. You can see the pride in the faces of those preparing meals for others.

In Nicaragua, food was seen and used more in necessity than something that could provide tasty experiences. This is for a reason.

The majority of Nicaragua is not financially sound; it is the second poorest nation in the Western Hemisphere. Many of its residents can’t even afford to add meat to their diets. Ingredients for dishes are chosen to fulfill a nutritional need instead of a flavor need.

Beans and rice in the form of gallo pinto are overwhelmingly plentiful. In many regions, beans are the primary source of protein that compensates for a diet lacking in meat. Yucca root in the form of a popular dish known as Vigoron is a vegetable extremely rich in vitamins and nutrients but lacking in substantial flavor.

Often this food culture made it challenging to understand this country. Its people were so vibrant. The land of lakes and volcanoes was so diverse and unique. Even its transportation, chicken busses, were a riot.

But the food culture of the country was tough to chew (sometimes literally).

It was hard to find the bustling street vendors who shared their passion of cooking with customers. Which meant it was hard to find the true, local flavors. Although the street vendors that I did find were often boasting traditional Nicaraguan dishes like Vigoron and nacatamales they were typically in tourist spots and had jacked up rates and bland ingredients. There was no passion in their cooking.

In León, there is only one small stretch of 3-4 street food vendors. A typical meal here will set you back close to $5USD. Oftentimes, you can find meals in restaurants for cheaper than that.

I grew to loathe gallo pinto. I can really get into some good rice and beans, but gallo pinto was far from that. It didn’t matter where I found this dish, it was always undercooked and under seasoned. Does anyone actually like crunchy rice?

Even the restaurants trying to cater to tourists lacked anything special and many had prices that were extremely inflated to accommodate imported ingredients. Taco joints weren’t great, seafood spots struggled hard, and burgers left a lot up to the imagination.

One thing I have to give it to Nicaragua for is their plethora of vegetarian options. Even at the few street vendors I found, vegetarian options were prevalent. I probably wouldn’t have noticed this if I wasn’t traveling with a half-vegetarian… It makes sense once I learned of Nicaragua’s food economy. Without being able to afford meat, Nicaraguans learned to sustain themselves on purely starch and veggie diets. I found zucchini cakes, bitter leafy greens mashed together with potatoes, and plantains everywhere.

As a disclaimer, like I mentioned, I stayed on the west coast. I also stayed on the beaten tourist path. I’ve heard that the cuisine on the Caribbean coast differs greatly from the west especially because of the inclusion of coconuts, which always makes food better!

Oh, Nicaragua, my tummy is still grumbling for you, my dear,

25 thoughts on “The Truth About Nicaraguan Food”