There is no doubt that Japan is the king when it comes to intriguing and often oddball themed restaurants.  Taiwan also has its share of themed restaurants as well – the most popular, and perhaps most disturbing to many, is Modern Toilet.

You may recognize Modern Toilet from a Travel Channel feature several years ago and, if you didn’t see it, well, the name of the restaurant pretty much gives it away.

What started as a basic Taiwanese dessert shop selling ice creamed shaped like ‘poo’ has turned into an entire themed menu with multiple locations across the island.

The chain is extremely popular with teenagers and college kids, and of course – tourists.  Whenever we have friends in town, they usually want to try it at least once.  The food is solid and as far as themed restaurants go, Modern Toilet knocks it ‘out of the bowl.’ 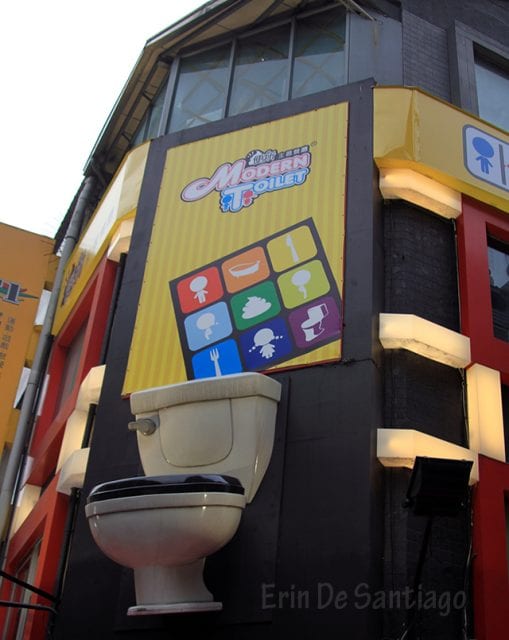 The two Modern Toilets in Taipei that we visit are both located in popular areas of town – the Shilin Night Market and Ximen, a spot often compared to Shibuya in Tokyo.

You don’t even have to enter a Modern Toilet restaurant to get a feel for the theme.  From the giant stuffed smiling doo doo to the themed merchandise in the window, it’s all about the poop. 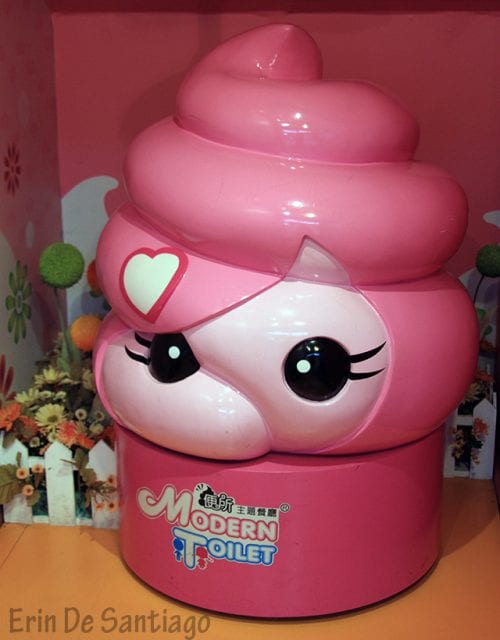 Diners sit on crazy colored western toilets and eat off giant sinks.  Need a napkin? Snag some toilet paper off the roll on the wall.  On at least one wall, you will find some bathroom necessities — Chinese language magazines. 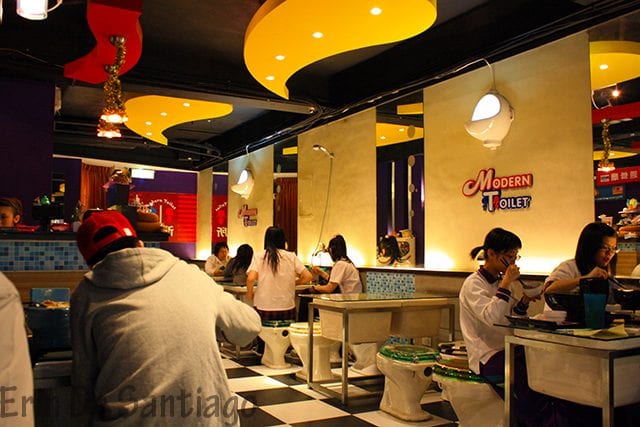 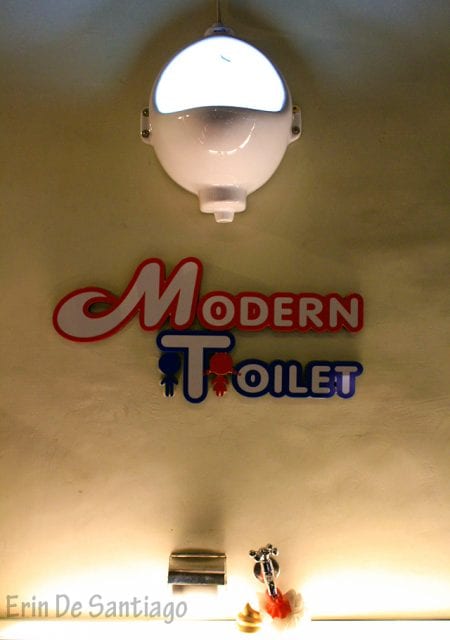 The servers will bring you an English menu and sharpie, and you mark off the items you want.  Take it to the counter and pay first, otherwise you will find yourself sitting there indefinitely, or until you realize everyone else is going up to pay.

The menu is pretty basic, with dishes served either out of a miniature toilet bowl, bathtub, or even a sink.  My personal favorite is the drink.  Depending on what you order, most arrive in a pretty urinal with the longest curly straw I’ve ever seen.  Be sure to try the cranberry green tea with chunks of fresh cranberries at the bottom. 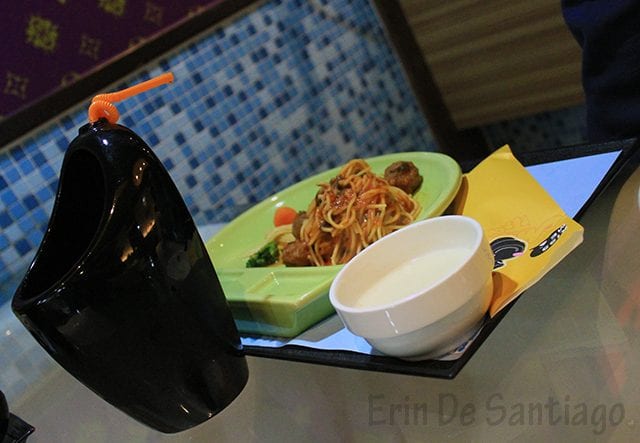 For main courses, choose from different curries or hot pots, and even a few western offerings line the menu.  And if you like spice, they do know how to turn up the heat.  Granted, you may pay for it in your own bathroom the next day!

For dessert, the standard included option is what put Modern Toilet on the map.  It’s ice cream, but more like an ice milk dessert.  The soft serve treat looks like a pile of poo and comes served in one of my top five most hated things about Asia – the horrific squat toilet.

If you have a few people with you, splurge and go for the near lifelike size squat toilet dessert that almost has the entire kitchen sink in it.  It’s a Taiwanese shaved ice dessert with everything imaginable on it – marshmallows resembling Lucky Charms cereal, fresh fruit, cookies, gummies, scoops of ice cream and more.  This can easily be shared among a few friends, or a tour group of 50. 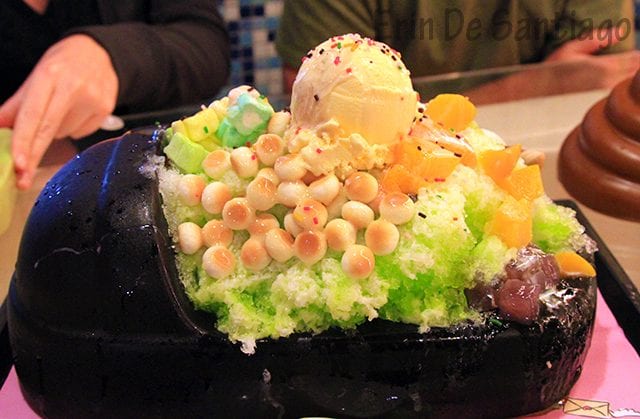 And for another touch of irony – stop by the real bathroom in Modern Toilet.  While you may sit on a western style toilet to eat, you will only find traditional squat toilets, with western toilets as sinks, in a couple of the Modern Toilet locations!

Just in case you’re wondering, you are not eating out of real toilets or sinks. Everything is foodsafe and made especially for the Modern Toilet restaurant.  I only say this because I’ve had several people comment they would never go there and eat out of a real toilet.  Really…? Can’t you just see a server carrying an actual toilet to a table with food in it? Imagine the size dishwashers needed to clean those!

Before you leave Modern Toilet, check out their interesting selection of customized goods.  From poo shaped keychains and Christmas tree ornaments, to your own Modern Toilet squat toilet or urinal, they have everything poop related imaginable.  And, for those people who always say, “bring me back a souvenir,” you may have finally found something that will keep them from ever asking again. 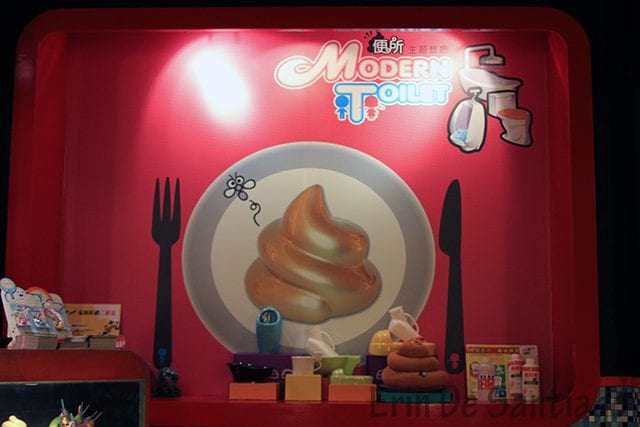