Budapest is sometimes known as the Paris of the East. Never having been to Paris, I can’t verify the connection. I can say that Budapest is an incredibly elegant and sophisticated Central European city. I’m positive that it’s cheaper than Paris. There are so many things to do in Budapest.

Here are my top 6 tips for things to do in Budapest on a tiny budget:

There is no better way to get to know a city than wandering the streets. Budapest is a large city (it’s actually two separate cities that were merged together) so if you need some guidance, why not take a free walking tour? These tours are given daily, last a meaty two and a half hours and the guides work only on tips. The knowledgeable guides can give you some insight in the culture and long history of Budapest. It’s a great way to get your bearings in the city. 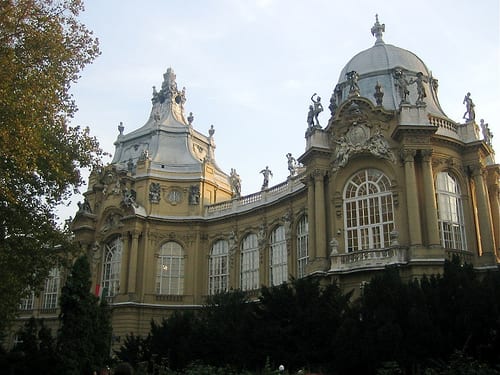 You can tell a lot about a city from its public spaces. City Park is a well groomed, green space that is also a showcase for over 1000 years of Hungarian history and should definitely make your list of things to do in Budapest.

At the entrance is the imperial Heroe’s Square, a memorial to the 9th century founders of Hungary and a UNESCO World Heritage Site. Further in the park is the bizarre yet stunning Vajdahunyad Castle. Not a real castle, but a facsimile built to showcase the different architectural styles of Hungarian history. Don’t miss the creepy statue of Anonymous, Hungary’s greatest unknown historian. 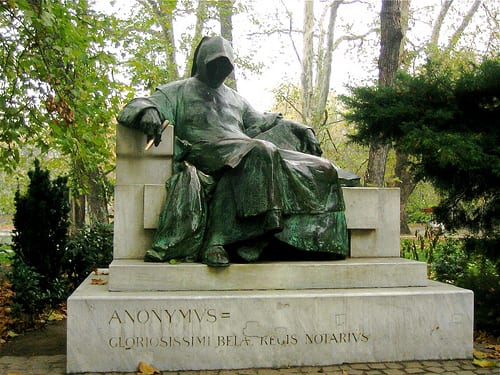 Budapest has the oldest underground transport system in mainland Europe, second oldest in the world (after London, of course). The first line, Line 1, is actually a UNESCO World Heritage Site. You can ride the entire line, which goes both above and underground for about $1.50. Just don’t try to sneak on without paying, uniformed thugs demanded to see my ticket twice during the 15 minutes I rode.

In Budapest on a Budget?  Why Not Look at Some of These Budget Accommodations:

Maverick City Lodge is located in Budapest’s Jewish district and is an ideal place to stay if you want the social aspect of a hostel with the comfort of the hotel.  They have dorms where every bed has a privacy curtain, reading lamp and lockers plus double and triple rooms.  In addition, free wifi is offered throughout the Lodge and there is free coffee and tea all day.

If you are an art lover then you should book at least a few nights at Gregersen Art Premium Hostel.  This hostel, located in the heart of the city, puts design and art at the forefront of their hostel but doesn’t skimp on comfort either.  Book one of their 4 bed dorm rooms or one of their many private rooms.

I’m a cemetery buff, it’s true, and Kerepesi offers an interesting peek into Hungarian history. It’s one of the oldest cemeteries in Hungary and remarkably well preserved. The highlight here is the very soviet Labor Movement Mausoleum. Ironically, the monument was so shoddily built that it is already falling apart.  Add this cemetery to your list of things to do in Budapest to experience the history of the city. 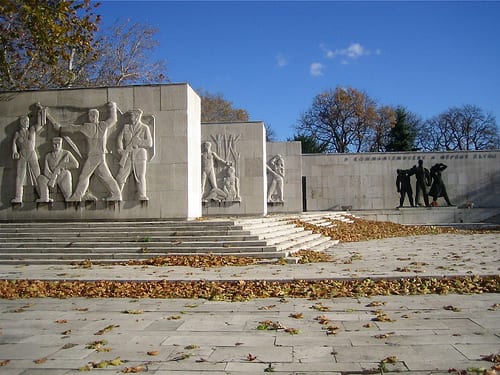 5. The House of Terror

It sounds kitschy but nothing could be further from the truth. This well designed museum provides a sobering look at the atrocities endured by the Hungarian people during first German, than Russian occupation in the 20th century. The building was once a secret police building, now it’s a powerful memorial to fascism and communism’s victims. There is an admission charge but it’s well worth it to understand this dark period in the country’s history. 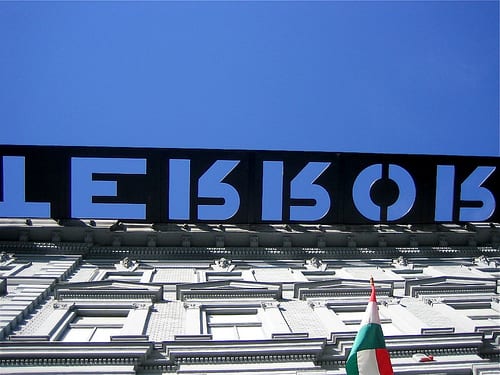 For a terrific, and free, view of the city climb up to this bizarre neo-Gothic terrace. The fortifications are for decoration only, they were built during Budapest’s fin di siècle building craze. Perched on Castle Hill you can see the fanciful Parliament Building, the sparkling blue Danube and all of downtown Pest. Nearby Matthias church is also worth a look for it’s medieval Gothic architecture, colorful roof and terrifying spires. The inside is just as impressive and you can check out some creepy reliquaries. 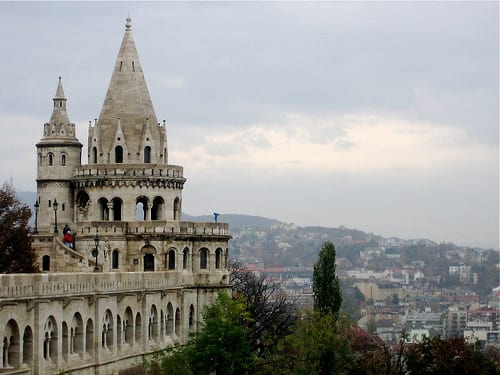 Budapest is known for it’s therapeutic spring waters which can be take at several ornate bathhouses around the city. I visited the Gellert, which is housed in a swanky art nouveau hotel, but the Széchenyi Medicinal Bath in City Park is also very popular. At either you can bather in the thermal baths, take a plunge in an icy pool or relax in the sauna.

I call this a splurge, but admission to the Gellert is only 3100 HUF (about $17) and you can get an extremely thorough and vigorous 20 minute massage for roughly $15 more. Just be aware that many Hungarians prefer to bathe nude, and that all the massages are done nude and with little to know privacy. Quite an experience!

Like the rest of Central Europe, Budapest is not as cheap as it once was. Still, there are many great opportunities to experience the city for very little.  And so many wonderful things to do in Budapest on a budget! 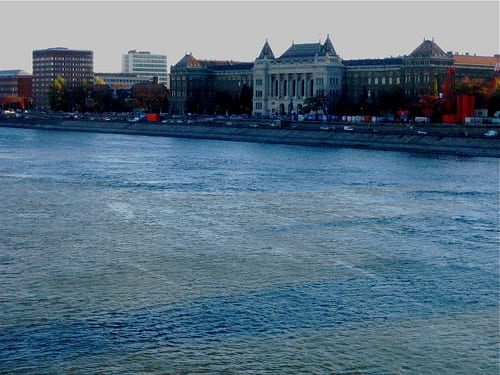 5 Unusual Reasons to Visit Budapest Are you looking for a great reason to visit Budapest? Some of these may help you to book that flight! 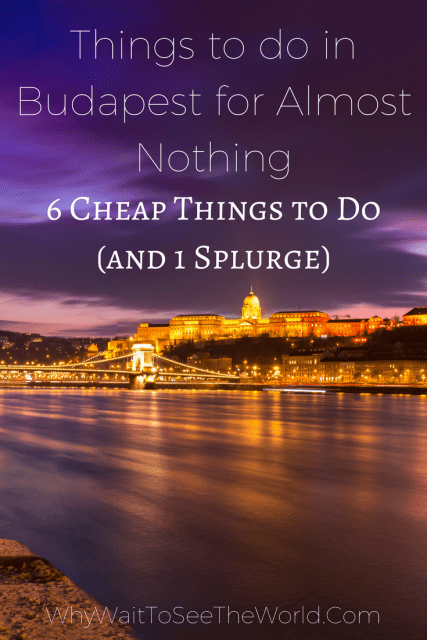 15 thoughts on “Things to do in Budapest for Almost Nothing: 6 Cheap Things to Do (and 1 Splurge)”