While I countdown days and hours and make endless preparations for my upcoming trip, I’ve also been spending some time reminiscing about my past travels and what’s unique about the spirit and fun of backpacking. This got me thinking about all of the strange funny things that have happened to me while staying in hostels.

A lot of people are unnecessarily scared of hostels but I am a big fan. Not only are they cheap and convenient, but also when you get that many random strangers smooshed together in one spot you are bound to come out with some crazy stories. Here 4 of my favorites so far:

My friend Jason and I were trying to do St. Patrick’s Day in Dublin on a budget- not an easy feat. The 18-bed dormitory sounded like an amusing and cheap idea beforehand.

The room looked like a military barracks or maybe prison- bunk beds crammed into every available space. But what really stopped me dead in my tracks was the small army of very buff boys in various states of undress. Apparently we were sharing the room with 16 members of a German swim team. And apparently they were not aware the room was co-ed… hello Speedos.

The One Where I Didn’t Understand the Metric System 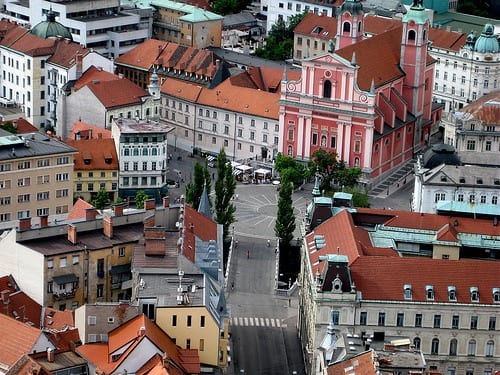 “Only 2000 meters to the city center!” the website boasted. Well that didn’t seem too far.

“That’s 2 Kilometers” my boyfriend corrected me as we struggled through Ljubljana, hot packs on our backs.

The One Where I Learned How to Cure the Common Cold 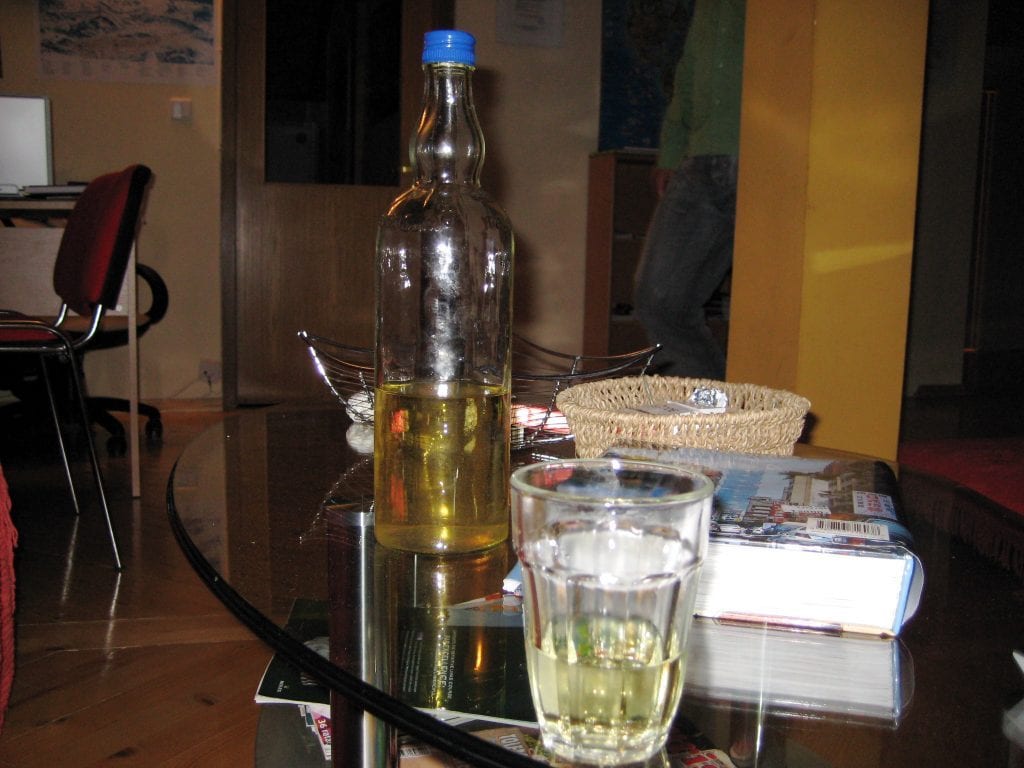 I rolled into Zagreb late in the evening, pursued by a sniffling sneezing ugly cold (part of my ongoing battle with the Tonsils of Doom). It was the custom in many of the hostels in South Eastern Europe to greet guests with a complimentary shot of the local Rakia (a strong fruit brandy). The first time I’d gulped it down, weeks before, I could have breathed fire.  I wanted nothing more than to crawl into my lower bunk and die but the hostels owner, a friendly Chinese-Croatian man was not having it. “You must have drink,” he insisted. “Good for sickness.”

I declined but he persisted so finally, out of politeness I downed the shot. “Another.” Okay, one more. Only then did he let me go off to my dormitory and collapse, kicking myself for my poor willpower.

But damndest thing, when I woke up the next morning that cold was history. I felt fantastic.

The One Where I Made Best Friends with a Duck In case you didn’t catch it in my previous posts (link) Iceland is really, really, empty. This is especially true of the misty east coast, a relatively untouristy corner of Iceland about as far from Reykjavik as you can get. Here we stayed in a converted farmhouse/hostel owned by a farmer and his family. To our consternation after arriving at about 3 pm we were at least an hour from the nearest town with literally nothing to do. The only other residents of our hostel were 5 American frat boys we’d been avoiding like the plague since Monday (they seemed to have the exact same road trip itinerary as us).

Skulking around in search of a distraction we found the owner’s 13-year-old granddaughter, sitting on the front stoop talking to her pet ducklings.  They were her birthday present she told me, she’d stolen the eggs from a nest on the coast and hatched them herself. She would spend the summer raising them and then they would be released to the wild before she went back to school in Reykjavik. I can’t remember what I got for MY 13th birthday but it was nothing as cool as that!

The point of telling you this is not that I’m a loquacious airhead who likes German boys. I wanted to illustrate that travel is about far more than just the sites you see. When you are a young traveler staying in hostels, your experiences are just as much about the people you meet as the things you do. The things that happen in between your sightseeing are the things you will remember best.

What is YOUR Favorite Hostel Moment