All through my three months in South East Asia, I’ve been wrestling with something I can’t quite define. As I’ve explored Thailand, Vietnam, Laos and now Cambodia, I’ve often felt uncomfortable with the high status that comes from being a white westerner in a land of extreme poverty. I’ve seen people react, in both good ways and bad, to this massive amount of privilege and at times I’ve wondered if we haven’t done more harm than good.  The main problem with tourism in mainland SE Asia and specifically tourism in Cambodia is in the meeting of desperately poor people and (comparatively) rich tourists.

It can be really frustrating to be constantly harassed by people who want something from you. It’s exhausting to walk down the street in Siem Reap and constantly fend off tuk tuk drivers and child beggars. Outside the temples of Angkor, the fruit and scarf sellers attack you like magnets. You begin saying “no” so many times that it’s an automatic response. You start to forget the humanity of these people.

I think this is in part what leads to some of the mindlessly rude tourists out there. I’ve encountered more of them than you’d think around SE Asia. They are sometimes young, but not always. They are always oblivious to their wealth, their privilege and their elitism. “You can’t trust them,” a guy on the bus tells me, perhaps not even realizing the face he makes when the word them leaves his lips, “They’ll rip you off any chance they get.”

This huge disparity brings out some ugly behaviors from the locals as well. Con artists and pickpockets, abused elephants, spoiled beaches and child laborers are all apart of tourism in Cambodia. In Cambodia, the scams are numerous and evolved- certain people are working very hard to con you out of as little as $1.

There are darker ways that tourism in Cambodia hurts. Child sex crimes are a problem in Cambodia. This is a country where you have a huge amount of money-hungry children working unsupervised around tourists. It’s so easy for them to be taken advantage of. It’s not just children either, human-trafficking is a huge issue here. Many girls are smuggled in from Vietnam and forced to work as prostitutes in Phnom Penh, while girls from Cambodia are smuggled into Thailand. The ethics of the sex industry in South East Asia are a huge issue and really warrant an entire blog post in themselves, but these are the basic consequences of treating human beings like commodities.

Does this mean I think people shouldn’t visit Cambodia? Absolutely not. Tourism does a lot of great things too – particularly in a place like Cambodia which is exceptionally poor. A lot of people depend on the money westerners bring in, from the government all the way down to the street vendors. I talked to so many people in Cambodia who are just working so hard to lift themselves and their families up out of poverty.

I was inspired to write about my conversations with everyday Cambodians because I wanted to try something a little different narratively. I write a lot about the places I visit and the ways that they affect ME, but I think it’s also important to remember that our travels affect the locals as well. In addition to being an interesting place to visit, there are real people who live here. There are thousands of lives are so entangled with the tourism in Cambodia. I was fortunate to meet a lot of these people in Cambodia, where people are so open with their life stories and aspirations.

People like my tuk tuk driver in Siem Reap, Lavy. I hired Lavy to drive me to Angkor Wat on one day and ended up using him for four entire days as I toured the area. He was just 27 years old, almost the same age as me, and each day at lunch he’d sit and tell me about his life. Born in the nearby floating village that is so popular with tourists, Lavy was only driving a Tuk Tuk to put himself through night school. It’s tough, with the rising cost of fuel, and the fact that most of the money he makes needs to be sent home to his family. With it being the low season right now business is not great, so he’s had to put this semester on hold.

On an ordinary day Lavy is probably out on the street with all the other drivers, getting in your face and vying for your business, but what he really wants is to work in a bank: “I don’t always want to be a tuk tuk driver,” he told me, “it’s not reliable.” 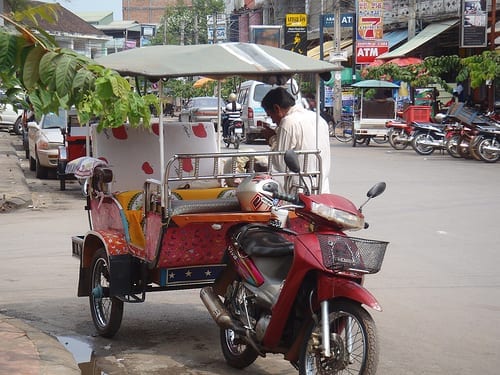 For me visiting Cambodia has been really humbling. This is a land of people that have gone through unimaginable horror, yet still, manage to find a smile. It’s a place where people are terribly poor but highly driven. I met more friendly people and had more interesting conversations here, than just about anywhere on this trip. Sure, some of them wanted money out of me, but so what?

I think it’s really important to remember yourself in context. 25% of Cambodians live on less than $1.25 per day. Nobody likes to be seen as a walking cash machine, but when you spend more on dinner than some people make in a week, is it really that surprising?

I guess what I’m getting at is that tourism in Cambodia and around the world is most hurtful when we forget that the people in the countries we visit are not zoo exhibits, servants or even charity cases. They are just people, trying to make it like everyone else. I think when we forget that everybody’s humanity is in jeopardy. 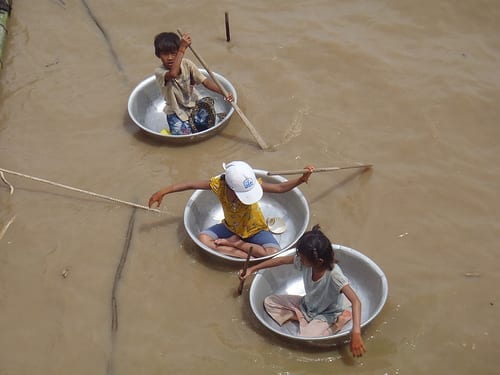 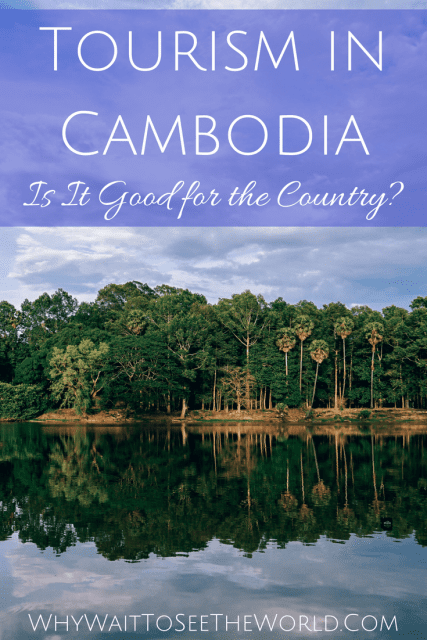 38 thoughts on “Is Tourism Good for Cambodia?”