I think one of the biggest challenges for any traveler is finding that balance between being cautious and being too closed off. Scams targeting tourists are a sad reality of traveling in pretty much any country, which is why I think it’s important to be aware of the most common scams that take place in whichever country you’re traveling to. It’s the best way to remain open to the people and the culture, while still having the knowledge to recognize a suspicious situation when you see one. Here are a few scams to watch out for that I’ve experienced personally. 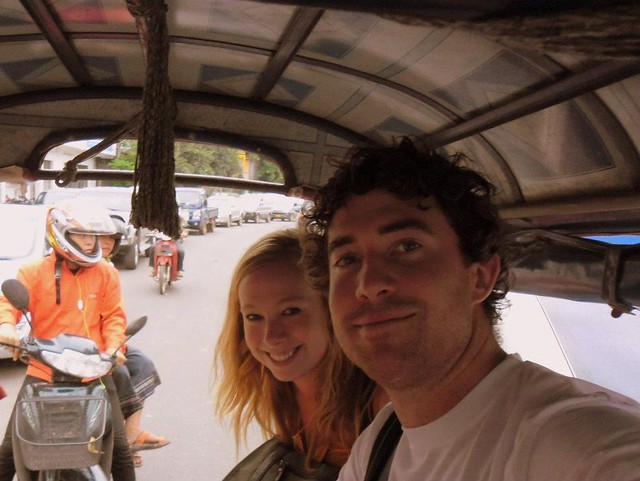 This scam happens in cities all over Asia. You hop into a taxi and tell the driver you’re going to a particular restaurant, attraction or hotel, and the driver tells you that, unfortunately, it’s closed. But, lucky for you, he knows an even better place that he can take you to! As you might immediately realize, these drivers have an arrangement with the hotel or restaurant they recommend in which they receive some kind of commission in exchange for dropping off confused, naïve tourists. These establishments aren’t necessarily terrible places, but they’re definitely not the place you originally wanted to go to, which is, most certainly, not closed at all.

I was vaguely already aware of this scam, but Brent and I still fell victim to it in Manila. We arrived late – it was dark and we were tired. It wasn’t one of my finer moments of preparation, since I basically only had the name of a hostel some friends recommended and no idea which area of this enormous city it was found in. Our friendly taxi driver told us that that hostel was closed, but he knew another one nearby. If you’ve ever encountered one of Asia’s fast-talking taxi drivers, you know how easy it is to find yourself agreeing to something even though you didn’t really mean to say “yes”, and that’s what happened. As soon as we pulled up at the guesthouse, I knew we’d be scammed. It was run-down, overpriced, and the driver even brought us right inside to the front desk, like a cat proudly dropping a dead bird at its owner’s feet.

There weren’t any other guesthouses visible nearby, we didn’t know the neighbourhood, and this part of Manila felt just scary enough at night that we didn’t want to go wandering around further than a few blocks. Thus we were stuck either paying too much for the dingy guesthouse in front of us, or paying a new driver to take us to the other hostel. 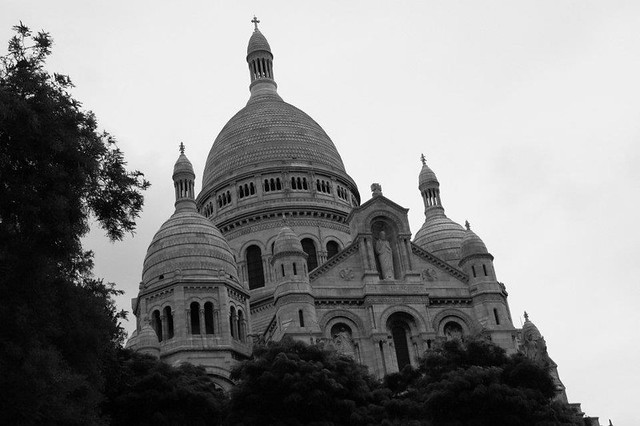 I’ve only known this scam to happen in Paris, particularly outside busy tourist attractions like Sacre-Coeur, which is exactly where Brent and I fell for it. We were doing our stupefied tourists thing, staring at Sacre-Coeur for the first time, when a girl approached us and handed us clipboard with a petition to help the blind and deaf. We quickly signed it, only half paying attention, wanting to appease her. Of course, it’s never a great idea to sign something without reading it, but we’ve all done it at some point, right? The girl then insisted that we also needed to make a minimum donation of 50 Euros each in order to validate our signatures. I think a lot of people would have made the donation to avoid the extreme awkwardness of the whole situation, but our desire not to part with a collective 100 Euros was far greater than our desire to avoid the discomfort that ensued as we shoved the clipboard in her face and rushed away while she chastised us. I later read that this petition scam is also sometimes used as a distraction technique, which keeps you occupied while an accomplice picks your pockets. Fortunately, however, this was not the case for us, and they were simply trying to take advantage of people who didn’t read the fine print.

This has to be one of my weirdest scam experiences because I partially knew that it was a scam. I’d read online that sometimes tuk-tuk drivers in Bangkok ask if they can make a stop at a friend’s suit shop on the way to a destination. From what I understood, the driver would get a commission for bringing tourists to the store, but in exchange, Brent and I would be able to negotiate a lower fare.

We weren’t in a rush when one driver made this offer, so we decided to go for it. He pulled up in front of the suit shop and told us to go inside and browse for 10 or 15 minutes. It seemed easy enough. But as soon as we stepped inside, the store employees pounced on us, shaking our hands tightly, and literally taking out a tape measure to start fitting Brent. We tried to tell them that we just wanted to look around, but they asked us increasingly aggressive questions about what exactly we were looking for until Brent flat out told them that we had no intention of buying a suit. The whole thing lasted for about 5 minutes and then they kicked us out of the store. We returned outside to our driver who exasperatedly told us that we needed to go back and stay in the store for longer. Needless to say that was our first and last attempt trying to work this system. Plus, I’ve since realized that it’s best to avoid tuk-tuks in general. If you’re a tourist taking a tuk- tuk in any major Thai city, you’re most definitely being charge 2-3X the normal rate, even if you haggled beforehand. 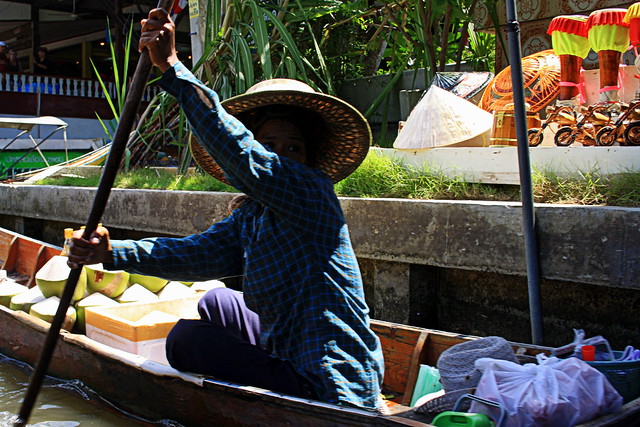 This scam is one of the hardest ones for me to protect myself against because it happens all over the world and comes in so many different forms; however, it always boils down to someone getting you to pay for something that you didn’t even realize you accepted.

Often I arrive at a bus station, and someone will immediately try to grab my bags and start carrying them over to the taxi queue. I really don’t like being separated from my bags and I don’t need help carrying them 10 feet from the station exit to the side of the road, yet the person always expects a tip for their assistance (and not a small one) at the end. Or sometimes someone will hand me a flower as I walk down the street or wrap a handmade bracelet around my wrist as I pass by their stall. It’s never a gift and they always expect full payment for the item.

So now I generally shoo away strangers who approach me offering to help or give me something for no reason. It’s unfortunate because it’s quite possible I occasionally reject people who really are trying to be kind. It also helps to read your environment. Someone pops out of the blue and offers to help you in rural Japan? It’s probably innocent. But if someone makes the same offer in the middle of major tourist area, it likely has some strings attached.