Japan is one of my favorite countries in the world. The food is exotic enough to satisfy adventurous eaters, yet mild enough not to scare off those who are pickier. From packed urban centers to lone shrines perched on faraway mountaintops, the scenery is diverse and fascinating. Try as you might, you’ll never fully understand all the cultural quirks, and the people redefine what it means to be generous and thoughtful. That’s why I think it’s unfortunate that so many 20-somethings rule out Japan as a travel destination, mainly because they consider it to be too expensive. Despite what you may have heard, it’s very possible to travel in Japan on a budget. Let me introduce you to some of the easiest ways to save money in this captivating country and travel cheaper in Japan. 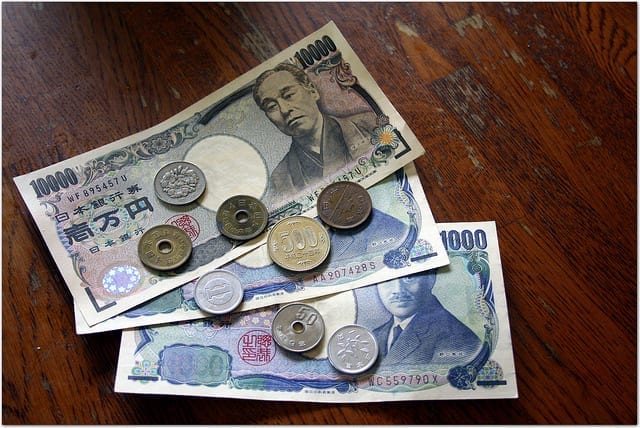 The weakening value of Japan’s currency (yen) has put prices on par with those in Western Europe or North America. That means, if you can afford to travel in Paris or New York, you can afford to travel in Tokyo. Despite living in Japan for almost a year, Brent and I still found ourselves speaking in terms of dollars because it was the simplest way to gauge our spending. We made purchases based on the idea that there was no reason for us to pay any more than we would have at home in Toronto. In Toronto, we could pay $50 for a meal or we could pay $5, and the same goes for Japan. The conversion is easy: ¥100 is equal to roughly $1, so you can always drop 2 zeros to quickly figure out if you’re getting a good bargain which helps you travel cheaper in Japan.

The other important point to keep in mind is that virtually everything you purchase in Japan is ridiculously high quality. Yes, you can buy a shirt in SE Asia for under $1, but it will probably fall apart after the second or third spin through the washing machine. In Japan on the other hand, you might pay $15 for a shirt, but there’s a good chance that shirt will hold up long enough to pass on to your grandchildren.

Go For the Rail Pass

At $272 for 7-days and $434 for 14 days, many people initially question whether the Japan Rail Pass is really worth it and whether it will help you travel cheaper in Japan. It looks like a major expense upfront, but when you consider that a one-way train ticket from Tokyo to Kyoto is about $137, it quickly becomes obvious that the JR Pass is an amazing bargain. The JR Pass covers trains, buses, and ferries across the whole country, which means you can even use it for the majority of your local transport within many cities, in addition to transport between cities. Whether you’re trying to see the whole country or just hit up a few major cities, it’s almost impossible not to squeeze your money’s worth out of this pass. 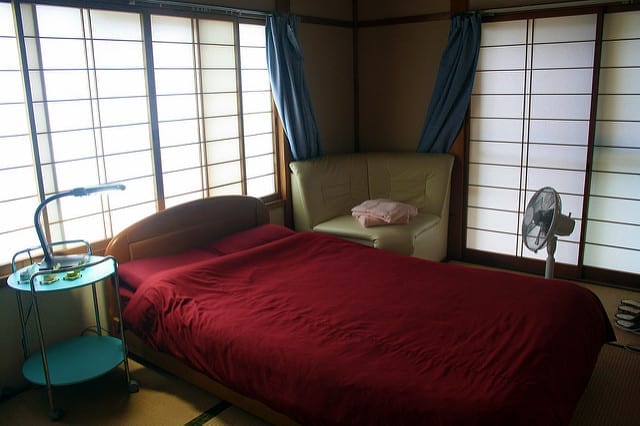 Initially, the accommodation was one of the toughest aspects to budget since it was rare for us to find a double room at a very basic hotel or hostel for under $50/night. Luckily, Japan has a pretty great Couchsurfing network, as well as a decent number of AirBnB listings. Not only did we save a lot of money this way, but we ended up staying in more unique places. Many travelers pay hundreds of dollars for ryokan (traditional Japanese inns), so they can have the experience of staying in a guesthouse with traditional tatami flooring and sliding shoji doors. These traditional features also happen to be pretty standard in most Japanese homes, which means that you can get an equally (if not more) authentic experience crashing in someone’s spare room, but at a fraction of the price. Skip bland budget hotels and expensive ryokan, and opt for Couchsurfing or AirBnB instead to help you travel cheaper in Japan. 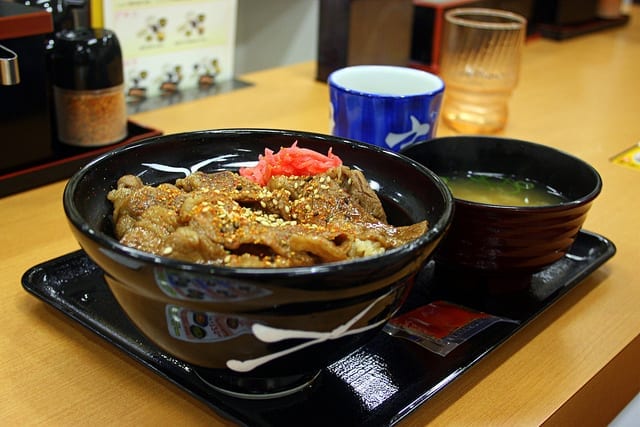 In many countries, fast food chains equal seriously low-quality and unhealthy food, but in Japan, these are the places to find delicious, cheap food. You can eat sushi at Hamazushii for under $0.90 a plate, filling beef bowls at Yoshinoya for around $3, or Japanese curry at Curry House CoCo Ichibanya for less than $8. Similarly, you can find pre-packed bento lunch boxes, onigiri (rice balls), and weirdly cool Japanese snacks at convenience stores, such as Lawson, Family Mart and 7-11. Convenience stores are literally everywhere (think more than one per block), and there are dozens of different fast food chains across the country, from noodle shops to quirky Japanese-style burger joints. You can still have awesome meals and gain a sense of Japan’s food culture without paying more than $10 for any meal.

It’s also a smart idea to keep an eye out for lunch specials at more expensive restaurants when prices are often reduced by more than 50%. Basically, if you’re going to splurge, do it at lunch, and then hit a convenience store for dinner.

Free things are absolutely everywhere in Japan. Go to any market and you’ll be offered free food samples at almost every stall. There’s virtually always a festival going on somewhere in the country, where you can see parades, traditional floats, events and costumes at no cost. Many cities, including Tokyo, Osaka and Hiroshima, offer free guide services by volunteers who want to practice speaking English. Or spend even a moment chatting with a local at any bar, and they’re almost certain to start buying rounds of drinks for you.

Japan is such a wonderful and perpetually unexplainable place that ultimately the best way to experience it is to wander, people watch, and soak up all the interesting sights, smells and sounds. And that, of course, is always completely free.

Do you have any other suggestions for how to travel cheaper in Japan?

Curious about Travel to Japan?

The Ten Best Meals I Ate in Japan

Why Autumn is the Perfect Time to Visit Japan

Tips for Planning Your First Solo Trip to Tokyo, Japan

A First Time Itinerary for Japan 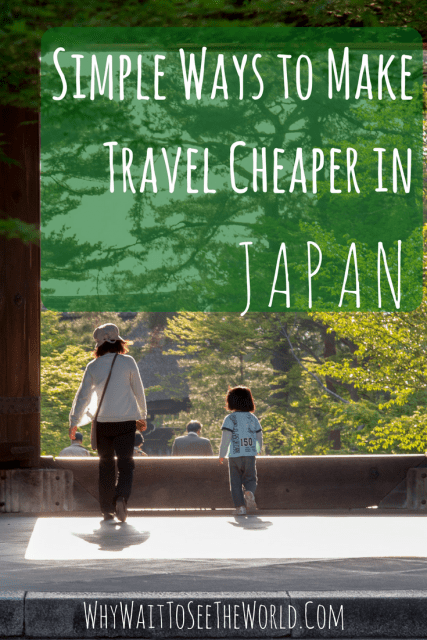 12 thoughts on “Simple Ways to Make Travel Cheaper in Japan”