I have a reputation for being a bit food-obsessed. I love eating almost as much as travel, maybe more. I’ve been known to follow my taste-buds and plan entire trips based on where I want to eat. I rarely miss a chance to eat delicious food- and I will try almost anything including a spicy ant cocktail, worms and stir fried cobra.  At home I love to cook and reproduce favorite meals from my travels.

So if you saw my eating habits a decade ago, you probably wouldn’t recognize me. I was quite picky growing up, and didn’t make much effort to correct that as an adult. I shunned almost all fruits, vegetables and fish. I was unadventurous and shied away from unknown foods like sushi and tofu.

Not only that, I was a terrible cook. Terrible is probably too nice: I was hopelessly bad. When I lived in London my roommates nicknamed me “Rambo” and made a rule that I wasn’t allowed to use the oven when nobody else was home – I caused too many fires. I primarily lived off Lean Cuisines (shudder), pre-made salads and Panera sandwiches.

So what happened to me? I fell in love with the world in all it’s delicious glory. I quit my job to backpack around the world and came back totally changed.

I Didn’t Want to Miss Out 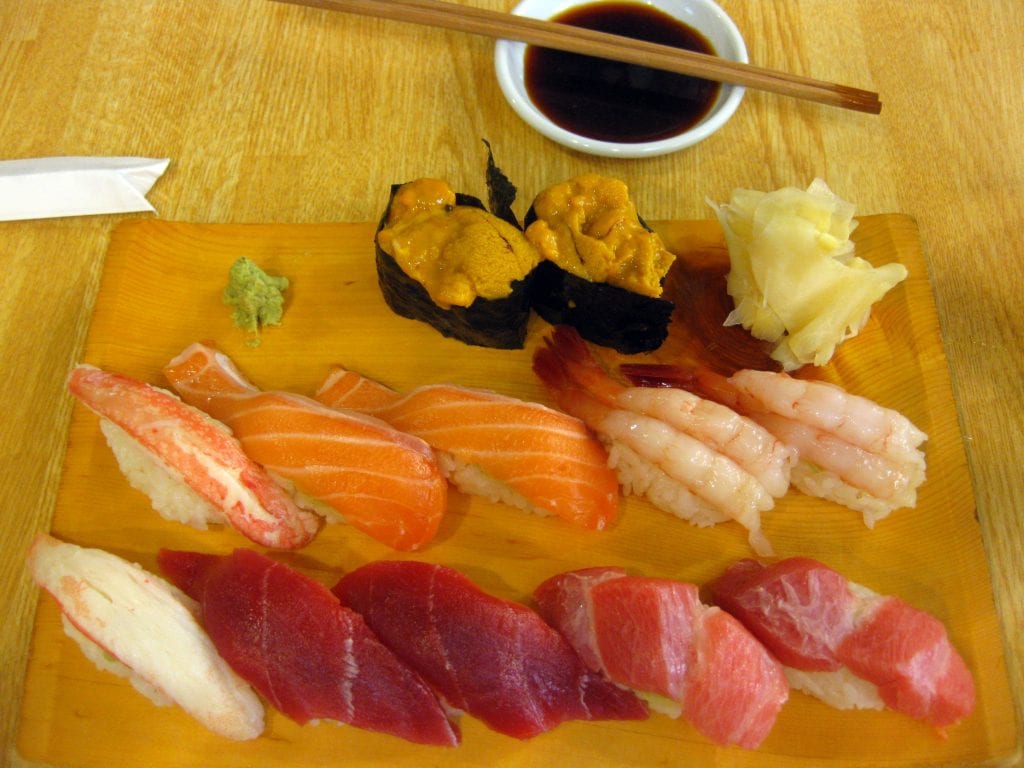 My first stop on my Round-The-World trip was Japan. I was super excited for the rich history and culture, but less enthused about the food situation. I’d never used chopsticks, I was afraid of fish (much less raw fish) and I barely knew anything about what else they might even eat there. Yes, my meticulous research habit almost completely glossed over what to eat.

My friend picked me up from the train station in Tokyo and, after 10 hours of jet-lag crash, I found myself outside Tsukiji Market staring down a plate of sushi. I didn’t want to eat it, but I WAS in Japan, at the most famous fish market in the world, so how could I not? I summoned up all my courage and at the entire plate, even the uni, which was unsettlingly creamy yet fishy.

Did I love it? Not really, it would take a little while for my tastebuds to catch up with me.  But I didn’t hate it and it didn’t kill me.

I was still pretty conservative in Japan, a mistake that I went back and fixed last year. But my journey was just beginning…

It’s Too Hard to Be Picky in Another Language

From there I went on to China, one of the most intimidating places I’ve ever traveled. The language barrier here was STEEP, particularly on the secluded college campus in Xi’an where Mike was living.

Mike had no kitchen, and the local restaurants and street stalls were so plentiful and cheap that we ate out for every meal, including breakfast. Nobody spoke a word of English, so ordering anything at all involved significant miming and guess work. You pretty much never knew what exactly you were going to get.

That doesn’t leave much room for picky. Luckily, the food was so delicious I barely even minded that a lot of the time I didn’t 100% know what I was eating. The lack of control was strangely liberating, and I ran into very few things that I didn’t like. I might have been iffy on vegetables before but Szechuan style green beans, bubbling hot pots of vegetables and copious spicy stir fries started to change my mind. If I wasn’t on the tofu train before, mapo dofu put me on the express line. Honestly, I’m drooling just writing this.

This turned out to be a common theme throughout Asia and other places. It’s too hard to be picky when you don’t speak the language. My drive for a tasty meal ended up being stronger than my drive to maintain my arbitrary preferences.

The World is Just Too Delicious 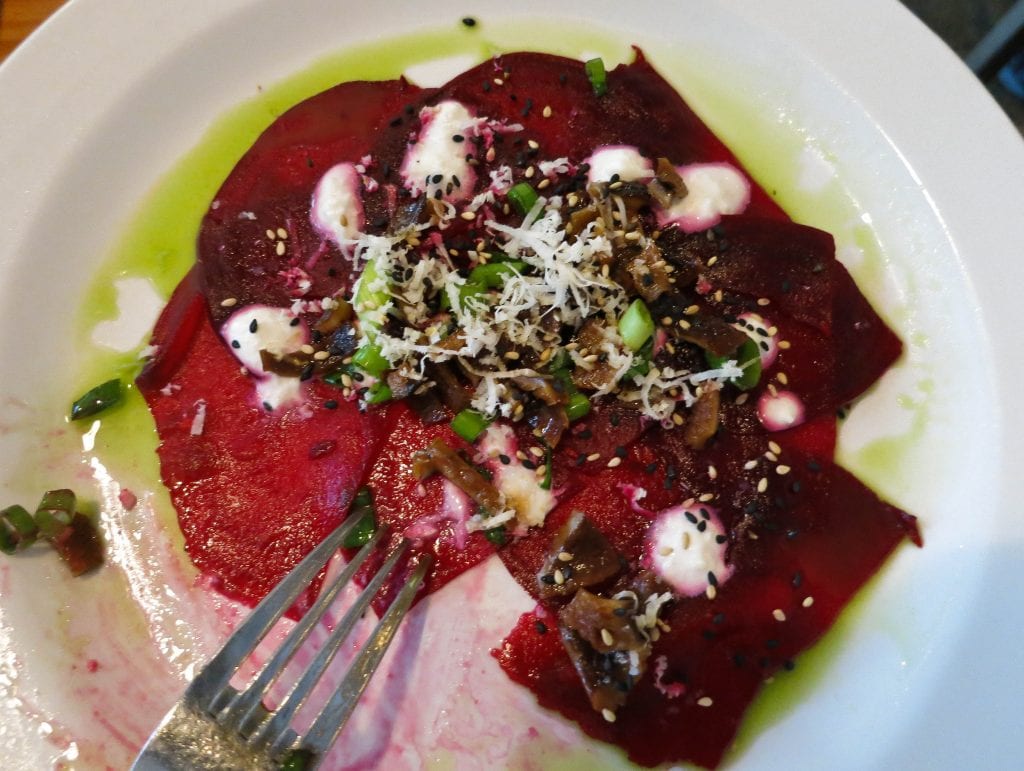 The next year took me across the world. I ate rich soups from street stalls in Vietnam. I ate kangaroo gyros in Sydney. I ate unidentifiable cow parts in Colombia. I ate a lot of things.

I felt like I was only starting to learn what I really liked, so I needed to try as many things as possible to truly discover my taste buds.  I started saying yes to things, even ones that scared me.  Often I was really surprised. Blood sausage? Turns out I love it.

Over time my very equilibrium changed. Now I was traveling TO eat, and a million doors suddenly opened as I realized the incredibly varied, rich and textured cuisines out there to explore. My world got bigger and brighter.

Bringing the World to Me 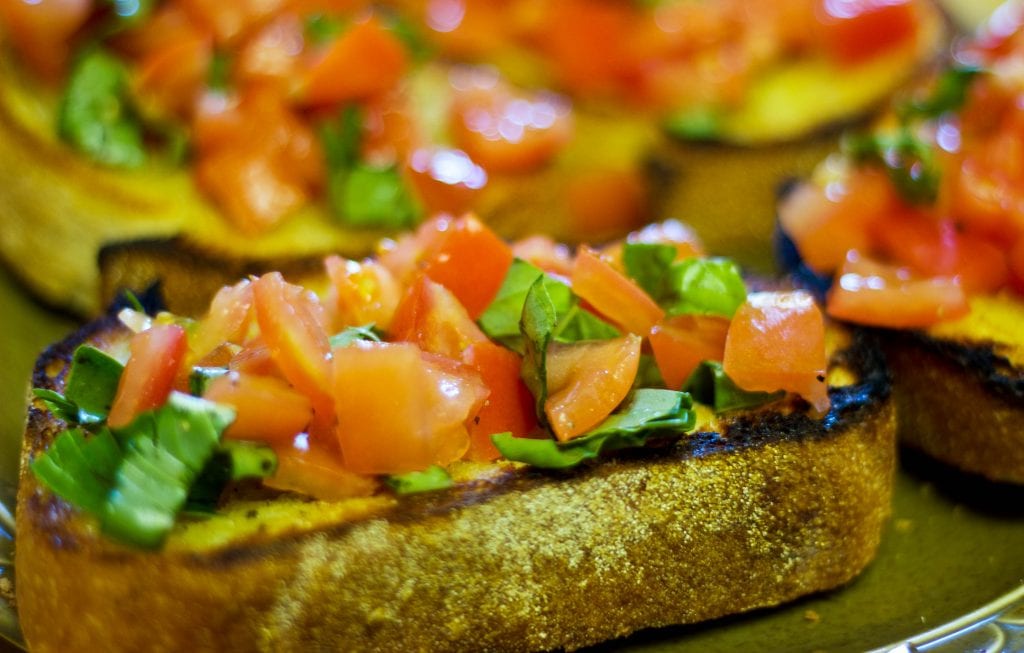 Shortly after I got home from my Asia trip I decided to take up cooking. Now that I truly LIKED food I wanted access to my favorite dishes at all times. Nobody had ever taught me how to cook, so I was basically starting from zero, but slowly and carefully I started following one recipe after another.

I now cook for my family almost every night when we aren’t traveling. I cook all sorts of things: Chinese stir fries, Vietnamese summer rolls, Italian ragus, Mexican soups and more.

Even cooking forces me to broaden my eating horizons. Last summer I made the executive decision that there were just too many good looking recipes involving mushrooms in them and I was just going to have to learn to like them. Now I do.

Look: There are still some things that I just don’t like. Eggplant is a big one. I don’t love really fishy tasting fish, or tripe, or grapefruit.

I will however try anything, and that is probably the greatest gift I have given myself. Because the world is full of amazing flavors just waiting to be discovered. Local food has given my travels so much depth and vibrancy, it’s helped me connect with new places on a level I might not otherwise. And also food is just really, really good.

Here are some things old me would never have eaten, that new me relished:

3 thoughts on “How Travel Cured This Picky Eater”