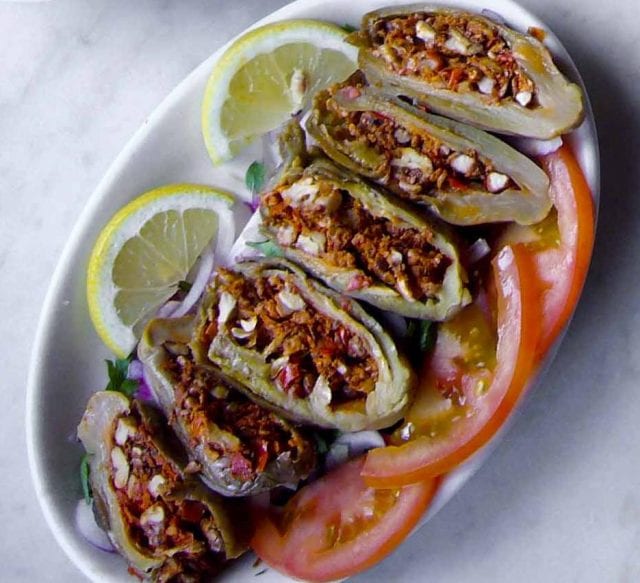 Makdous is a dish you probably won’t find unless you visit the Levant region (Syria in particular). It consists of eggplants bathed in oil, stuffed with chopped red peppers, walnuts, garlic, then sprinkled with olive oil, salt and chili powder to taste. The eggplants are tangy and bite-size — a perfect first course! 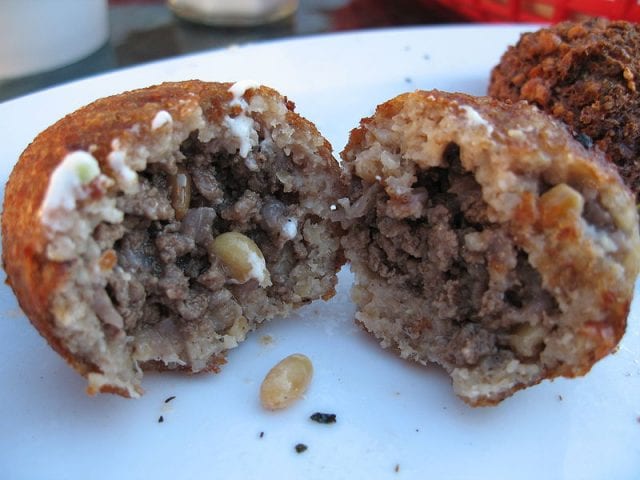 To my surprise, there are many types of kibbeh: Middle Eastern, Kurdish, and even Brazilian. Before I visited the Middle East, though, I did not even know what the word meant. But when my Lebanese friend introduced me to this croquette, it quickly became my favorite Middle Eastern snack! The Arab kind, which is actually pronounced koubba,  is a torpedo-shaped appetizer made of bulgur, stuffed with minced beef and then deep fried until brown. It is an essential part of mezze in the Levant (Syria, Lebanon, Jordan, Palestine/West Bank, Israel), Egypt (koubeiba), Iraq, Iran, Cyprus (koupes), and Arabia. 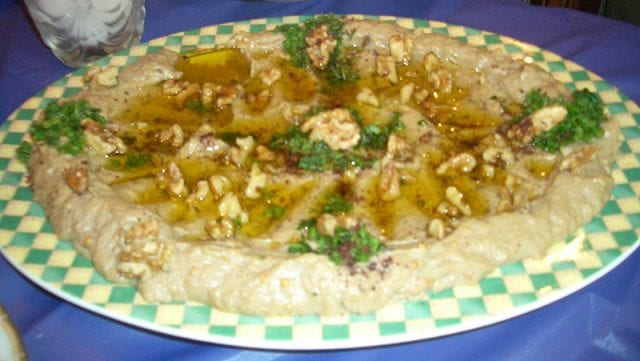 I did not like eggplant until I tried this garlic-infused side dish at the hole-in-the-wall restaurant Taza in Dokki, Cairo. The recipe is simple: Roast, peel and mash some eggplants; then blend them with tahini, garlic, salt, vinegar, lemon juice, finely-chopped onions, tomatoes, and top it all off with an extra dash of cumin and chili powder. This flavorful mezze may be eaten cold as a salad or slightly warm as a pita dip. An insider’s tip? Spread baba ghanoush on your lamb kebab (my personal favorite)! 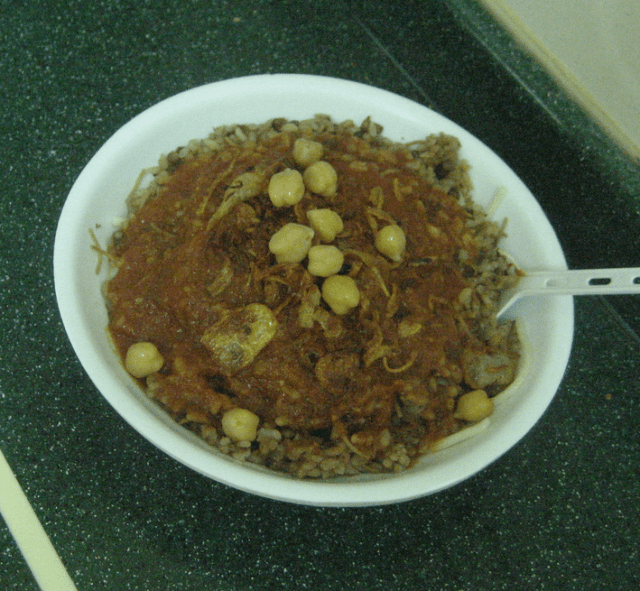 Kushari is one of Egypt’s signature dishes. At first sight, it looks like several leftovers mixed together in one plate. Don’t let its looks fool you, though: Once you take a bite, you are in heaven. This flavorful dish consists of macaroni, rice, lentils, fried onions, garbanzo beans, vinegar, garlic and hot sauce. The best part? Kushari stands can be found all over Cairo and it is one of the cheapest meals you can buy in the country. The most infamous locations to try this staple Egyptian dish, though, are Koshary Abou Tarek (16 Maarouf St., Champollion, Cairo) and Koshary El Tahrir (12, Youssef El Gendy St. , off of Bab El Louk St.). Backpackers galore! 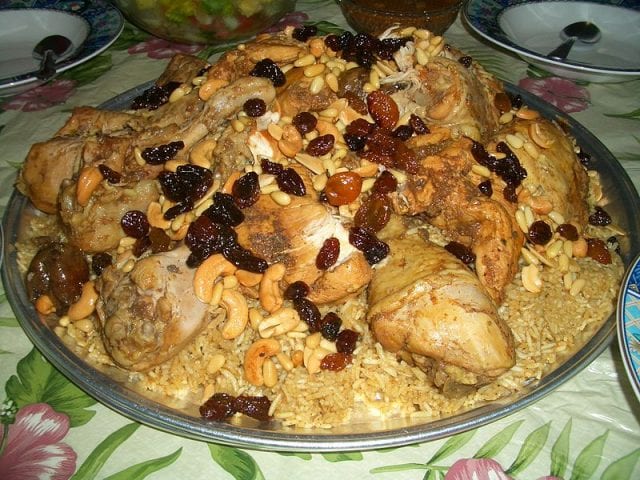 I’m not a big fan of rice, but the aromatic, flavorful Middle Eastern spices changed all that. Kabsa is the dish that best exemplifies this fact! Typically known as Saudi Arabia’s national dish, its origins may actually trace back to Yemen. However, it is eaten in most Gulf countries. My favorite thing about kabsa, though? Its endless possibilities! Bay leaves, black lime, cinnamon, saffron, nutmeg, raisins, pine nuts…you name the spice and garnish to top it all off. As long as it is made with basmati rice, mixed vegetables, Middle Eastern spices, meats and/or seafood, it is fair game. Thus, recipes and spice mixes may vary greatly from country to country, household to household. Chances are, two kabsas will never be the same.

In addition to impressive desert landscapes and extensive history, you have yet another reason to visit the Middle East: It’s delicious food!

Completely enamored with the Middle East and Africa, Maria Laborde is a twenty-something budget traveler that has lived, studied and traveled extensively throughout the region. Through tales, tips, travel guides, and everything in between, she shares her knowledge and love for the Arab world on her niche blog Travel The Middle East. Moreover, Maria is the author of LatinAbroad | Nomadic Translator, where she shares her tales, photos and advice after traveling to more than 20 countries across 4 continents.