For those of you who have read a few of my posts on Twenty-Something Travel (or, better yet, on my own blog Jetfarer), you know that I prided myself on being the college adventure traveler. Throughout college, I traveled during basically every school break, and even on weekends in between school days.

Well, folks, the time has come – I’ve finally finished my degree and graduated, and am ready to tackle the scary yet exciting “real world.”

To get myself started off on the right foot, I’ve planned, saved, and solidified the college student’s dream trip throughout Southeast Asia for the next three months. Though three months sounds like a long while to some, I found that I couldn’t cram nearly all of the things I wanted to see and do while in this region into this short time. During my trip, I will travel primarily by bus or plane from place to place. My main focuses will be cultural immersion and cuisine, though ultimately I just want to learn all I can about each destination. Here are some of the main highlights of my upcoming three months:

What’s not to love about Thailand? This country boasts beautiful temples, dazzling beaches, rare wildlife, fragrant cuisine, and hospitable people, all for a fraction of the cost of living in the United States. I’ll be starting my trip off with a landing in Bangkok, a quick side trip over to Myanmar (which I’ll discuss next), and then a few whirlwind weeks exploring Thailand. My plan is, after retuning from Myanmar, to hang out in Bangkok for a few days, head south to Krabi in the Andaman coast, and finally up north to the likes of Chiang Mai, Pai, and Chiang Rai.

Originally, I wasn’t going to go to Myanmar. News of political turmoil and warnings from close friends took this country completely off my radar. But, as I was planning my trip, I realized that I’d be missing a whole lot of fascinating history and a country famed for its hospitality and beauty. So, in the first leg of my trip, I’ll be spending about 10 days in Myanmar, stopping through Yangon, Bagan, Inle Lake, and Mandalay throughout my sojourn.

Laos was another country that was not on my radar as much as some other countries in the region, but after seeing photos of giant buddhas, shimmering temples, and bustling street markets, I knew that I wanted to really get to know this country and its mystique. My plan here is to station myself in Luang Prabang for a week or so to check out some of the nearby attractions, then to spend another week traveling around the country.

When in Cambodia, I plan on doing some temple-hopping and tasting some of the strange and interesting foods that the country has to offer. I only have about a week in Cambodia, so I’m hoping to tackle Siem Reap and explore the rich culture of the country before heading out. Cambodia is also famous for its odd delicacies, including bugs and weird fruits. I’m not so sure a tarantula is on my list of things to try just yet…but we’ll see if that changes.

I’m planning on spending the longest amount of time, over 3 weeks, in Vietnam. This country is full of natural beauty, such as Halong Bay and Bian Goc Falls, as well as the busy cities like Hanoi, with their oriental architecture and regal pasts.

While here, I also hope to sample some of the finest street food in the world (or so I’ve heard). Pho in the United States is absolutely amazing, and I can only imagine how much better it is at its very source.

Indonesia is the Philippines’ next-door neighbor and fellow archipelago, but yet I’ve never actually had the opportunity to visit. Though it is similar in geography and language to the Philippines, Indonesia is much more heavily Muslim-influenced, so I am interested to see how that differentiates its culture from that which I know so well.

Because it is an archipelago, Indonesia has a ton of beautiful beaches, so my plan is to choose an island (probably one a little more remote than Bali, but I’m open to suggestions!) and stay there for two weeks to lay low and live like a local. 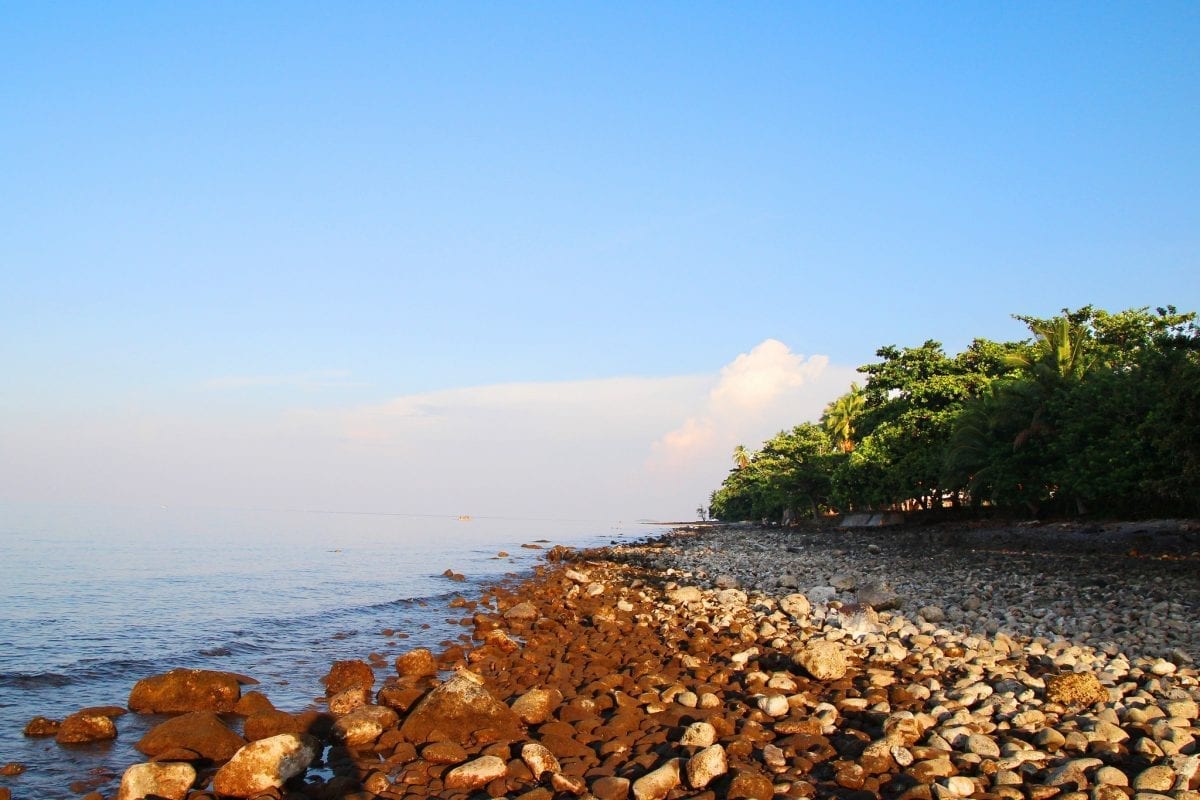 As some of you know, I am by heritage a Filipino-American. I have had many opportunities to see this gorgeous country in my life, and will be returning to spend one week in beautiful Palawan (which I haven’t yet visited) and one week on Camiguin Island with my dear grandmother at her more before we both return to the US and I (officially) graduate from college.

Like in any great long-term trip, I’m leaving myself a couple of “banked” days in case I absolutely fall in love with one place and want to stay longer, or I get sick or something and need to take a few down days to recuperate. These extra days will hopefully help me be more flexible during my time there so that I can truly see as much as possible. I am still ironing out the final details of my trip, but you can be fairly certain that my plans can, and probably will, change.

Some of you might be wondering why I chose to come to Southeast Asia. The answer is a multitude of reasons, but the main ones are that a) I wanted to learn more about the region in which my parents and ancestors were born, b) I wanted to stretch my savings as far as they would go, and c) because I’ve never seen these places before, and I would love to learn as much as I can about these countries and their people. Stay tuned over the next few months for updates on my trip, misadventures and all!