One of the best ways to really get an authentic feel wherever you’re visiting or traveling through, is to taste the local food. And there’s no better way to do that than by trying the iconic regional dish associated with the city or region. These dishes gives us a glimpse at what makes the area unique, which ingredients are served there, and they can even give us an idea of what type of people call the place home. The same way I wouldn’t dream of going to Naples without sampling pizza or traveling through Germany without grabbing a beer, I was determined to find these foods within my own country. This summer, I got the chance to visit 27 states across America, and I tried the famous bites from every place. All of these fantastic finds can’t be condensed into one piece, so we’ve decided to break them up.

In my first segment, I’d like to share my three favorite staples I found while taking a road trip through the East Coast: 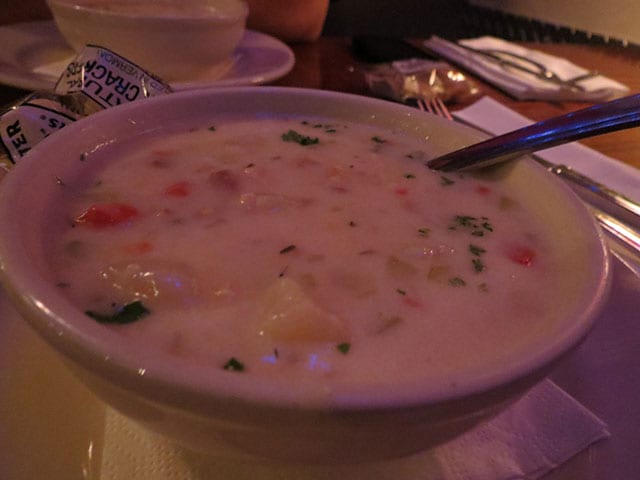 I’ve had plenty of bowls filled with “clam chowder” in Chicago, but none ever as authentic as the east coast is serving up. I got the chance to try clam bakes, fried clam strips, clam cakes, clams in pasta, but clam chowder was by far the most abundant, and the my personal favorite. In Boston, I indulged in a velvety New England clam chowder which consisted of diced potatoes, bacon, celery, and of course, tender, fresh clams in a creamy base. But when I got to Rhode Island, I was surprised to learn that the state has it’s own version of clam chowder. Rhode Island clam chowder is the same basic ingredients, but the soup is a broth base instead of a cream. Many residents have a strong opinion and remain loyal about which clam chowder they will eat. 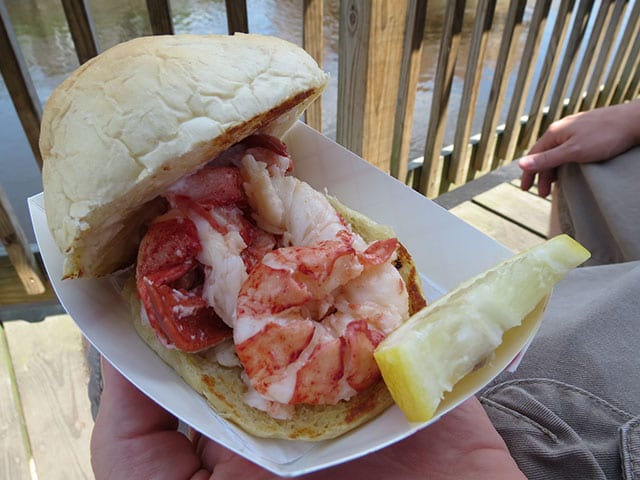 Summer time on the coast of Maine means one thing- lobster. And nothing is more iconic to the region as the famous lobster roll. Fresh succulent lobster piles onto a New England style hot dog bun. Being in Maine, my lobster rolls were lightly tossed with mayo, but had I been in dined in Connecticut, it would have been butter instead. It’s highly debated which is the better accompaniment and also what the proper ingredients on a sandwich should be. Some prefer just the lobster while others like a little crunch with some celery along with other spices. 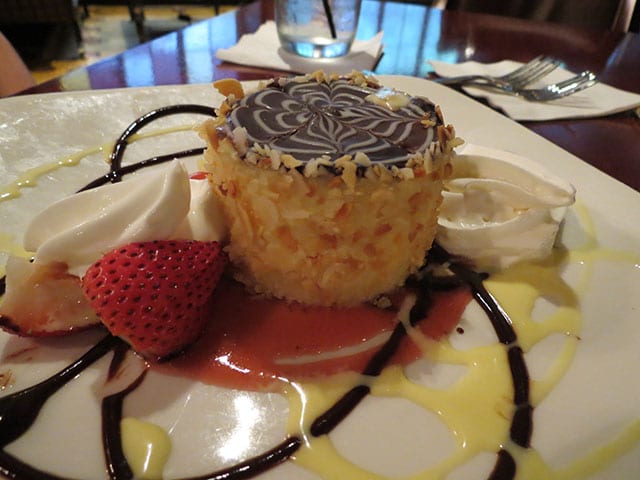 This iconic dessert is so much associated with Boston that simply saying “cream pie” would mean conjure up images of a completely different dessert. Oddly enough, it’s not a pie at all. Boston Cream Pie, which is the official Massachusetts State dessert, is actually a thick cake. It acquired it’s unfitting name after the original creation was served in a pie tin in a hotel within the city. The classic dessert consists of layers of moist cake followed by a vanilla custard or cream filling. It’s all covered with a thick rich chocolate glaze.