Known for impressive marble cliffs, Taroko Gorge National Park is one of the most visited sights in Taiwan. Its name Taroko is said to mean “magnificent and beautiful”, descriptors that do not begin to do the region enough justice.

While it is one of the most visited sights and definitely a high priority for many outdoor enthusiasts and adventure seekers, many travelers do not take the time to research Taroko Gorge, and upon arrival, find they are not able to complete their intended hikes or see some of the best sights.

Here are some tips to help make your visit to Taroko Gorge a memorable – not a stressful – one.

Taroko Gorge is Prone to Earthquakes and Landslides

The geology and terrain that make Taroko Gorge so impressive to see are also quite prone to natural disasters. Taiwan gets earthquakes (sometimes daily) and many of them are centered in the nearby city of Hualien or right off the coast. These earthquakes may not be that massive, but the constant movement of the earth can result in a landslide. Things have been fine one day while visiting, and by the following week, some of the popular stops were closed due to landslides. 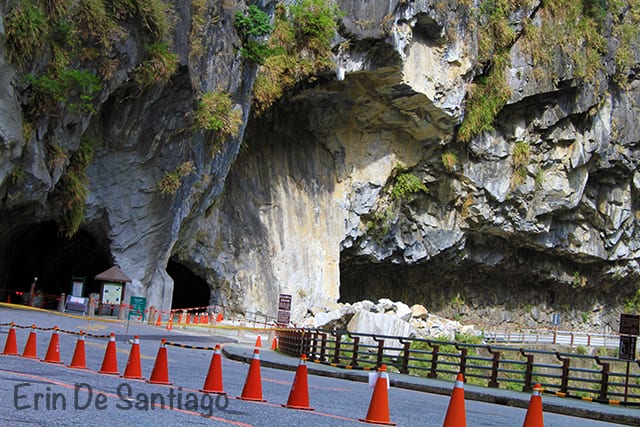 Obviously, you cannot plan your travels around a natural disaster but take caution prior to going down there. Check the Taroko Gorge website and if it is not recently updated, call them and check Google for fresh information, reach out on Twitter, or check the Central Weather Bureau’s English site, which will give you a list of recent earthquakes.

Many of the best hikes and trails require permits as some allow you to camp overnight. These permits are not available upon arrival and often require advance notice. Not all trails are open everyday so be sure to research the ones you are hoping to hike as I’ve seen people leave disappointed after showing up only to find the trail route locked down.

Much like earthquakes and landslides, Taiwan’s east coast is also prone to another type of natural disaster – typhoons. Right now it is typhoon season, and while we haven’t had a major hit this year, the east coast has been battered pretty good by some smaller storms and we have a long season to go yet.

One of the sites that I live by which is a great resource for tracking storms in any region – Tropical Storm Risk. Planning a trip to SE Asia during typhoon season? You can sign up for alerts on new storms – I find I am obsessed with it during travel planning time as we’ve found ourselves in the middle of Taiwan’s worst typhoon in 50 years, four cyclones in French Polynesia (during a two week period), and on the beach of a small island in Belize during a category 2 hurricane. My husband calls it paranoia, I call it being prepared.

Along with typhoons, the monsoon season brings miserably hot and humid temperatures to the island so hiking in the middle of summer might not be the most ideal of conditions to see Taroko Gorge under either.

We’ve taken countless travel friends down to Taroko Gorge by car and warn them — it is a long drive and an exhausting day. Despite not looking like it’s too far away from Taipei on a map, it is a one-lane road all the way down, so yes, it’s an all-day adventure…in the car. And most times, they agree no more road trips after the 3rd or 4th vehicle and scooter come into the lane head-on.

Which brings me to another important point – if you have never ridden a scooter, Taroko Gorge is probably not the place to start. There are very tiny passages that are not two-way, and I’ve seen tourists almost plow head-on into tour buses that are navigating the very tight and narrow tunnels. While it was recently romanticized on ABC’s The Bachelorette, driving Taroko Gorge is not for the faint-hearted. Heck, I got grazed by an SUV just standing at the edge of the guardrail.

With the landslides, typhoons, and earthquakes, the east coast Suao Highway can be closed at times – and it is the only road along the east coast. Make sure you call ahead and find out the road conditions if you plan to drive. The better alternative to seeing Taroko Gorge on a day trip from Taiwan is to take the train to Hualien and hire a taxi for the day – it is much safer, less tiring, and the taxis often have negotiated hire rates for the day – often less than the cost of a tank of gas from Taipei.

Don’t Believe Everything You Read

I hate to write this, but I have seen a lot of erroneous information published in English about Taroko Gorge. Most of the time I can tell the writer has never visited and is likely an online “content curator” who is looking for a travel story in Taiwan. When you talk about a “must visit” trail that has been permanently closed so long it was even mentioned in an earlier edition of a noted guidebook, someone deserves an F in research.

Last year, I read an article on a well-respected travel site that talked about visiting Taroko and the trails you have to see – sadly, one of them had been closed for six months already due to a previous typhoon and massive landslide. They had just dug out the road not too long before, and they still had months to go on reopening the trail itself. I politely suggested that travelers should check the website for trail conditions since I was just there the day before and it was completely blockaded…and I wound up with my comment being deleted. C’est la vie.

If you have specific questions and are looking for reliable information, there are a number of professional Taiwan photographers that have online galleries –reach out to some of the local bloggers and photographers as they know the best spots, are often up on all the current news, and can even recommend places most people won’t read about in a guidebook.

The moral of the story is always check for yourself — find out what is open, what permits are required, and have there been any recent natural disasters that might affect your trip. Taroko Gorge is worth the long trek down and the often motion-sickness inducing car ride – just make sure you get the most out of your visit since there is so much to see and do.

Planning a Trip To Taiwan?  Bring Your Appetite!

Must Try Foods in Taiwan: Xiaolongbao from Din Tai Fung 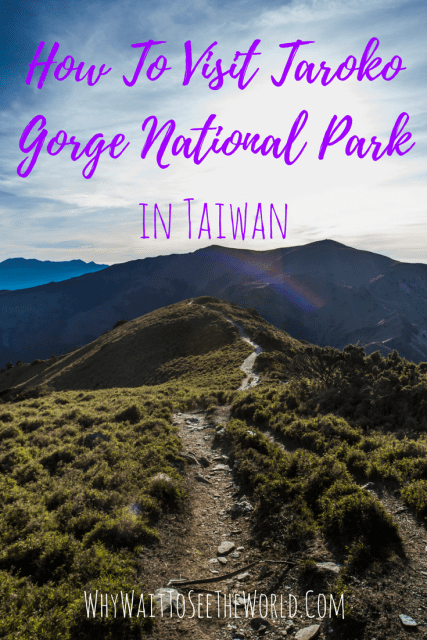