I came down to Mexico determined to see some pre-hispanic ruins. Unfortunately most of those pristine Mayan pyramids are in the South East of Mexico and I never made it over there. So when I learned that there were actually an archeological site with ruins dating back to 300 BC, just an hour outside of Guadalajara, I insisted on adding it to our road trip itinerary.

I’m not even going to ask if you’ve heard of Guachimontones because I’m nearly certain you have not. Despite being a UNESCO site, there is very little information on the internet about it. So here’s your short guide to visiting Guachimontones. 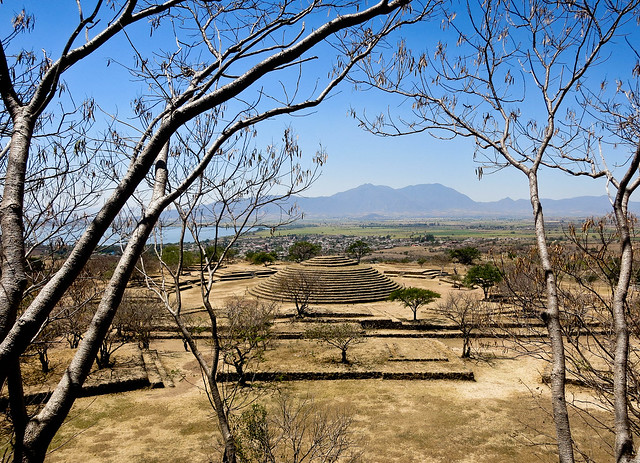 Unlike the Mayan temples in other parts of Mexico, the ruins here are left over from the “Teuchitlan tradition,” a society of people who lived in Jalisco and Nayarit between 300 BC to 900 AD. Not a ton seems to be known about these people but they had a penchant for building cone-shaped step pyramids, unlike any other society in the area. 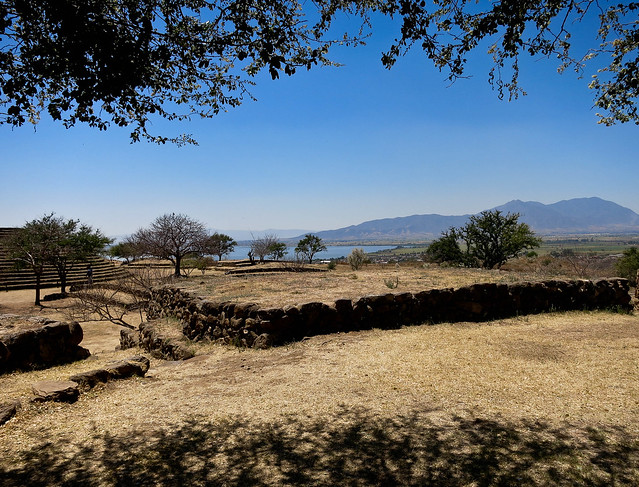 Guachimontones is the largest archeological site leftover from their 1200 year existence. The site was only discovered in 1970 and researchers didn’t arrive until 25 years after that.

There isn’t a ton left of it’s former grandeur- many of the stones were removed over the years by the locals as building materials. The site’s main features are three circular pyramids of increasing size, each one surrounded by a ring of square buildings. These were former ceremonial sites where people danced, burned offerings and worshipped their gods.

There are also two ball courts, where ceremonial ball games were played. According to Wikipedia, they sound like they were intense:

“The ballgame was used for political ends (territorial division, inheritance questions, etc.) or religious, where the winner won “gods immortality” in heaven, while being beheaded in the court.”

While nowhere near as impressive as Chichen Itza or other large tourist attractions, Guachimontones is very neat to see, and has the added benefit of being nearly empty. There’s something quite magical about having an entire site like this almost to yourself. 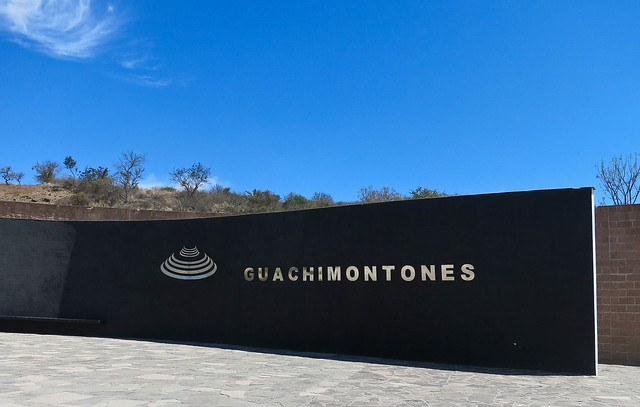 Guachimontones sits right outside the town of Teuchitlán (which means place dedicated to God). It’s a fairly direct 45 minute drive outside of Guadalajara on the road to Puerto Vallarta. Alternatively it can be visited via bus, which I’m told takes about 2 hours. From the bust stop in Teuchitlán you will have to walk a mile to the site, or find a taxi.

Admission is 30 pesos ($2.30) and there is a student discount available as well. You can hire a guide for 200 pesos but we did not feel like that was necessary and had no problem exploring independently. 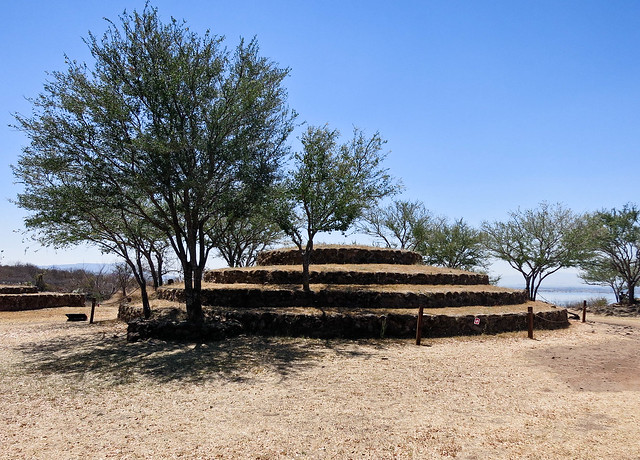 The site had a expansive and expensive looking visitors center. The exhibits are all in Spanish but there is a ten minute introductory video available in English. The museum is closed on Mondays but the site remains open.

You will want to wear sunscreen and bring water. Mid-day in late March the temperature was well into the 90’s with little shade to be found. Visiting the site requires a 5 minute hike up a very steep hill, but it’s well worth it! 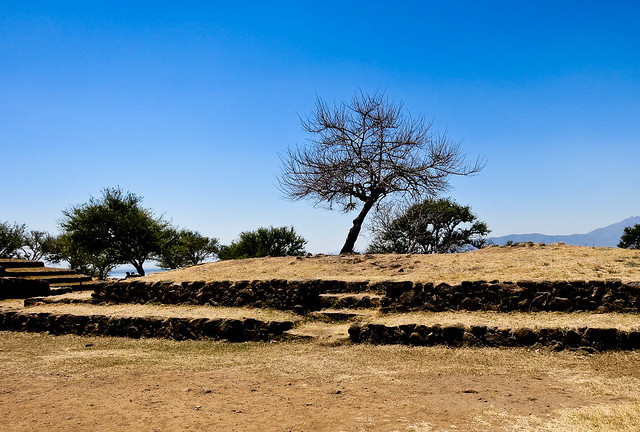 We visited Guachimontones with a complimentary rental car procured by CarRentalsUK.

6 thoughts on “Visiting the Guachimontones Pyramids”