After weeks of chilly, rainy, smoggy weather, I finally had a stroke of luck in Beijing! A late October warm snap made China’s capital city golden and gorgeous. It was impressive, as was my first experience visiting the Forbidden City. 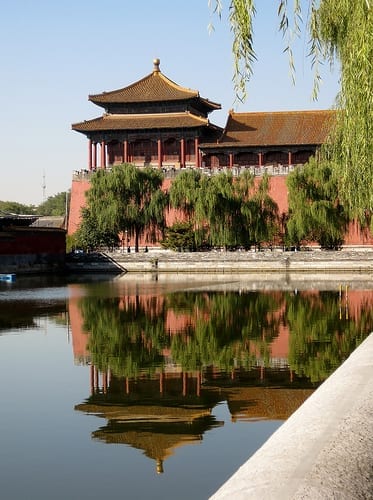 The Forbidden City was built over a span of 16 years to house the Imperial family. It’s breathtakingly enormous, 7,800,000 sqft and 8707 rooms. One of the tour guides I overheard put it like this: if from the time you were born, you lived in a different room of the forbidden city every single day you would be 27 years old before you managed to visit them all.

In other words, it’s crazy big. And crazy crowded. The Chinese are big domestic travelers (after all they can’t easily travel overseas) and on a sunny Beijing afternoon, it seems like everyone is visiting the Forbidden City. At first, I was dismayed to see the hordes of people crowding the entrance way, but I actually had quite an enjoyable morning in the city, with plenty of space and maybe even a little peace.

So here are my tips for dealing with the crowds of China when visiting the Forbidden City:

Do NOT take a Tour 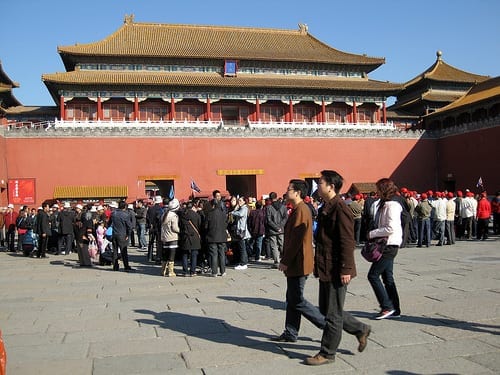 The Chinese seem to travel primarily in enormous tour groups. You’ll see 20-30 people, sometimes more, crowded around a single tour guide with a little flag and bullhorn. Among them was the occasional English speaking group, being shuttled through the landmarks at a fervent pace. English or Chinese, all of these tours seem to follow the same route, causing congestion and confusion.

Don’t fall into that trap. While the Forbidden City IS large, it’s quite easy to navigate by yourself. Signs are in English and a good guidebook could tell you everything the guide would. You could also spring for an audio tour- I heard mixed reviews as to their usefulness however.

Step to the Side

Even if queing in a big sweaty group isn’t your personal idea of hell, there’s another very good reason to explore solo. ALL of the tours follow the same narrow path from site to site. Fresh air and plent of breathing room await you if you just step even 5 meters off the beaten path.

Here’s a picture I took in one spot: 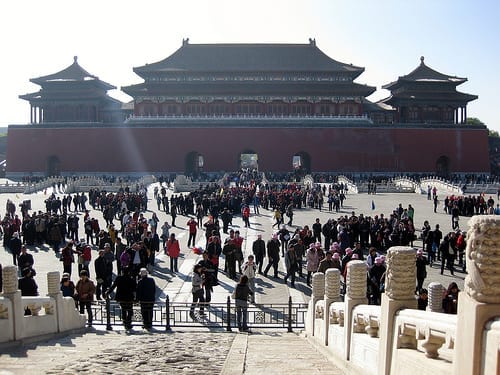 And here’s a picture about 10 meters away: 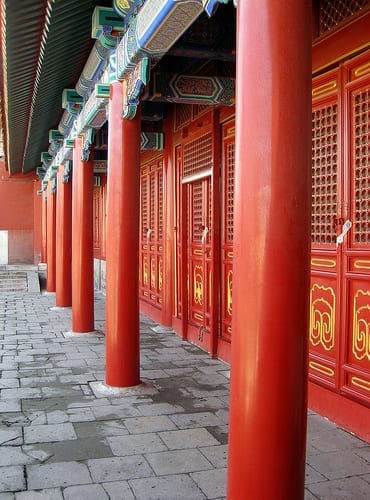 Want to Embrace Being a Chinese Tourist for the Day?  Why Not Explore Tang Paradise and Embrace It!

Tour or not, most visitors still seem to follow the same route around the city, which is a shame for them, but lucky for you, because there is a lot of things to see besides the Palace of Heavenly Purity. There are intricate details along the walls and on the roofs. There are passageways downstairs and quiet avenues. There is an entire complex of palace courtyards and museums that you could entirely miss by following the crowd.

There are cool marble walls where you can sit in absolute peace, imagining the imperial courts of old.

If I hadn’t gone off exploring while visiting the Forbidden City I wouldn’t have seen these: 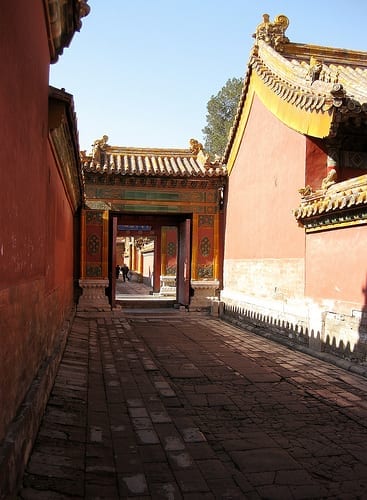 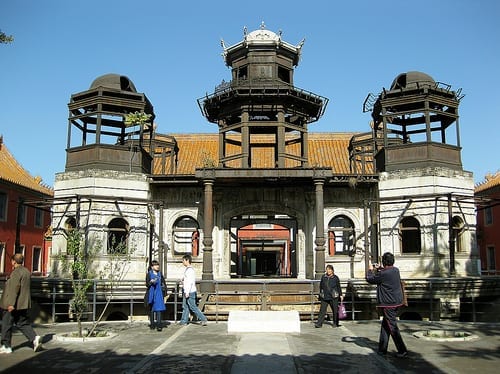 There are a LOT of people in China, it’s true. If you’re willing to break away from the crowds though, and do a little exploring on your own- so many discoveries and treasures await you.

Headed to China?  Learn More About Travel to China Here 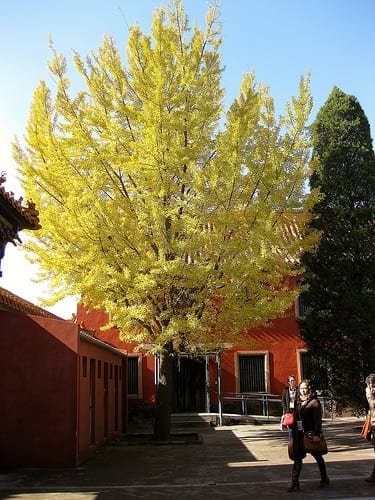 Do you have any other suggestions for visiting the Forbidden City?

Looking for a Place to Stay in Beijing?  Why Not Try One of These Places!

Looking for a budget hostel located close to the Forbidden City and in a Hutong?  Then head to P.Loft Youth Hostel which was originally an artillery factory and then a prison!

Nostalgia Hotel Beijing Confucius Temple is a long name for a hotel but it will take you back to the 90’s with its video game inspired lobby!  Plus the rooms are comfortable and cozy.

Looking for an upscale quiet retreat in the heart of Beijing?  DuGe Boutique Hotel is the place for you.  Relax in their Chinese or Western hotel rooms and take advantage of their free bikes to explore the neighborhood. 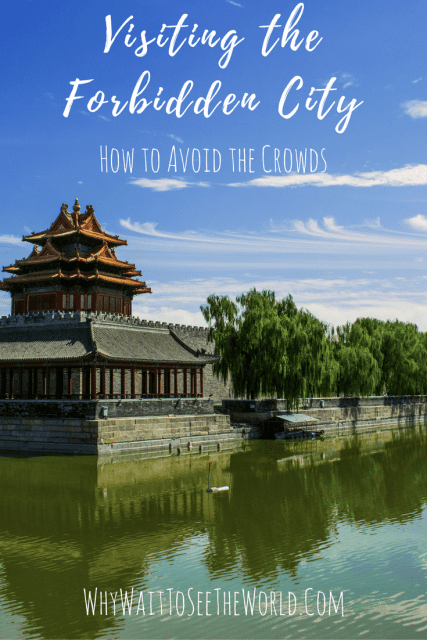