Lots of people think their Dad is the best Dad but mine is actually the best. He’s the kind of Dad other people get jealous of: he’s not only supportive and loving, but he’s really, really fun. He sings the loudest, dances the longest, and befriends just about everyone he meets. He’s the kind of guy who can turn anything, even a trip to the hardware store, into an adventure. Which is probably why he ended up with such an adventurous daughter.

We didn’t do much international travel when I was a kid, but a lot of what inspired me to become a world traveler stems back to my childhood and the family trips we took all over America. I owe a lot of my traveling spirit to my Dad, and he’s taught me a lot, not just about travel, but about life. Since it is Father’s Day and he’s far away on the other side of the country, I thought I would share some of the greatest lessons I’ve learned from having him as a father.

It’s Okay Not to Know What You’re Doing

My parents have shockingly put up with every one of my hare brained life and career schemes. When I wanted to travel and work abroad after college instead of finding a full time job, they encouraged me. When I wanted to pursue an English major, my Dad reassured me that there would always be jobs for people who can write well. When I wanted to quit my well paying job and backpack around the world, they were excited. When I started working on this blog full time, my Dad started handed out my business cards to everyone he met.

Why did my Dad support me through all of this when other parents might be worried sick about their strange hippie daughter? I think it’s because he knew that there’s no such thing as a straight career path. He majored in Philosophy, dropped out of college, went back, went to Umpire School (yes, really), got two masters degrees and has had a long and succesful career, and he would be the first to tell you that at 62 he still doesn’t know what he wants to be when he grows up. 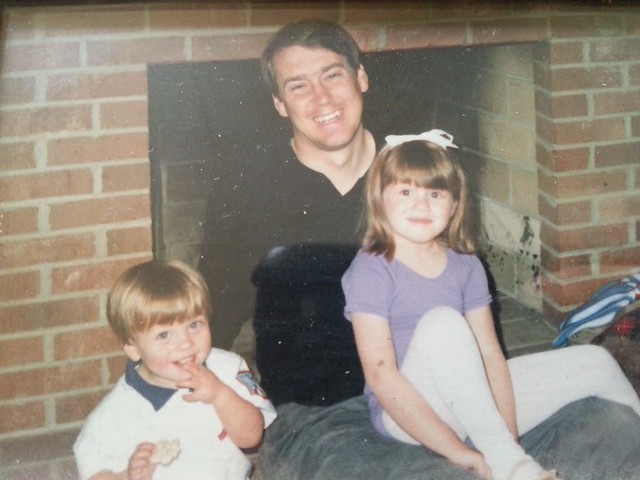 When I was 9 years old, my parents purchased a second hand Tioga Arrow and my Dad took a summer-long sabbatical from work. For those three months we drove all the way across the country and back again, stopping at National Parks, the Cowboy Hall of Fame, the Corn Palace and all 5 Great Lakes. My younger brother and I rode our bikes around dusty campgrounds, made single serving friends with other vagabond kids and kept records of our adventures in a journal bought specifically for the occasion.

(They couldn’t have set me up any better for blogging if they’d tried).

Looking back, I’m sure that this mammoth trip was a pretty radical thing for my parents to do. Three straight months living in a shoebox with 2 kids under 10? That’s something most parents wouldn’t even contemplate, but mine were totally game. Years later when I was contemplating my own RTW trip it sure helped a lot to know that things like this were possible.

Know When You’ve Had Enough

My Dad loves to tell the story of the moment 2/3 of the way through the above mentioned trip when my brother and I refused to get out of the car. It was somewhere around the Badlands of South Dakota, it was 90 degrees and we were NOT the least bit interested in looking as one more rock (obviously I’m kicking myself now for missing this).

Since then, “no more rocks” has become shorthand in my family for travel overload. That moment where you’re just over it, and no amount of amazing scenery or history or culture is going to pull you out of your funk. The only cure is to suck it up and take a break.

When I hit the wall in Vang Vieng I felt nothing but guilt, until my Dad reminded me that “no more rocks” doesn’t mean your over travel. It just means you need a change of course.

Don’t Be Afraid to Look Silly

This is a lesson I have to keep reminding myself over and over. Oftentimes social anxiety gets the better of me and I find myself shrinking from interactions and experiences that would probably be good for me.

My Dad is never afraid to look silly. Whether he’s singing louder than anyone else, dancing (sometimes literally to the music in his own head), or laughing loudly at his own jokes, he does not give a crap what anyone else thinks of him. And everybody loves him for it.

I still work hard to not care what other people think of me, and I’ve gotten better over time. Alcohol certainly helps (another thing my Dad taught me volumes about).

Don’t Just Roll with the Punches, Embrace Them

In the past couple years my Dad has been through a LOT. A pretty rough divorce, the deaths of both my grandparents, career issues, housing issues and both of his children getting married (not a bad thing but certainly a stressful one). A lesser person would have rolled up into a ball, a lesser person might have given up, but not my Dad.

My Dad isn’t just surviving, he’s thriving. He’s throwing parties (he hosted my rehearsal dinner the same week my stepmom left- how is that for powering through?), he goes to Grateful Dead Concerts, baseball games and camping trips. He drove cross-country by himself last year, discovered Korean BBQ and Szechuan Hot Pot and even tried kombucha when he came to visit me in Seattle (his reaction “It’s like a battle between good and evil in my stomach.”

The most important thing my Dad has taught me is that life is an adventure- IF you make it one. Attitude is everything and with the right outlook anything can be interesting and fun.

When I hand out with my Dad, adventure could be anything from drawing on the walls of a soon to be demolished house with Sharpies to driving around for hours in search of the best ice cream. It could be drunkenly trespassing at a thousand year old Welsh castle (yes, that did happen) or crashing an LGBT house party in Rehoboth Beach. It could be anything really, but it’s always something.

I’m not my parents, but so much of who I grew into was shaped by the person they taught me to be (my Mom, if you couldn’t guess, is pretty neat too).

I hope you’ll forgive me this thoroughly self-centered and glowing article, but I do feel so genuinely lucky to have this guy as my Dad. Because aside from all his goofyness he’s actually quite wise.

The best, and most unique thing about my Dad is that he is always unapologetically himself. This isn’t always easy in a cynical, judgemental and sometimes pretty disingenuous world, but if you can master it, your life is bound to be infinitely happier. I can’t always quite be there yet, but I’m getting closer.

After all, I have a terrific role model.

15 thoughts on “What My Dad Taught Me About Travel”