After walking for an hour, my hands felt as if they’d frozen through my gloves, breath turning to frozen clouds of vapor in the air as I walked cautiously through the ice-laden streets of Prague. The shop windows sparkled with Christmas lights and decorations as scents of apple, cinnamon, and chocolate drifted through the frigid air. I watched as children’s sparkling eyes perused potential Christmas presents and cozy cafés boasted plush chairs and electric heating. I, however, was not on my way to anywhere remotely warm. On the contrary, I chose to come to Europe at this time because I wanted to be cold. As snow fell softly from overhead into my black, braided hair, I tried to feel every tiny flake as it hit my skin. Looking back at my visits to Prague, Vienna, and Budapest in the wintertime, I realized that I quickly fell in love with the nuances of Europe in wintertime. 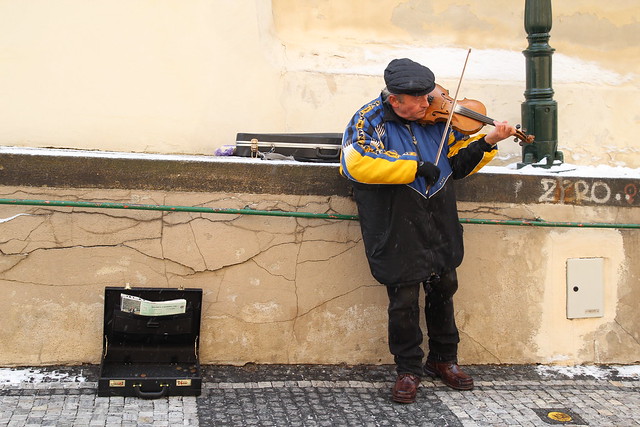 Most people wouldn’t really consider visiting frosty Europe in the middle of the coldest time of the year. However, having gone to college in Houston for a few years, I had become accustomed to (and almost became sick of) the warm, humid climate there. I’d forgotten the feeling of being cold. To us, a rainy, sub-60 degree-day is “cold” and Christmas is all about shopping and consumerism. I wanted to learn about how Europe views the Christmas season, with its traditional Christmastime dishes, Christmas markets, and snow-laden beauty. I dreamed of children asking their parents about St. Nicholas and hanging their stockings above old, brick fireplaces. In the weeks leading up to my trip, I endlessly romanticized the idea of Europe in the wintertime in my mind.

My dreams didn’t leave me disappointed. Walking along those cobblestoned, white dusted streets of Prague, I felt a very peculiar energy about the winter here. Maybe it was people walking swiftly to avoid the cold. Perhaps it was all of the shops selling local, handmade goods, so far away from the manufactured, plastic empire in the United States Christmas aisle. It was so easy to get happily lost in the streets and alleys of Prague, admiring everything from jewelry to baked goods and ducking into buildings for a quick flash of heat before embarking into the cold once again. 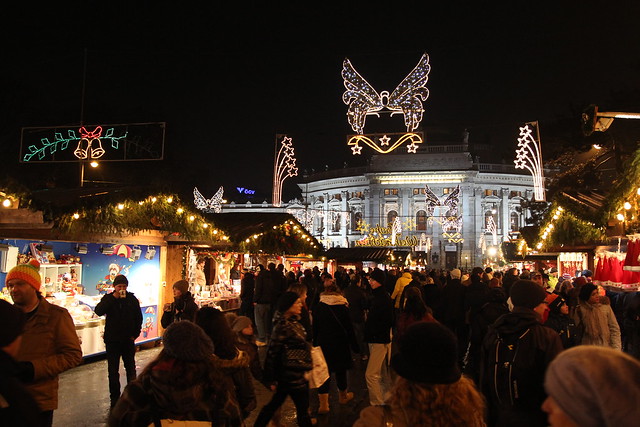 In the wintertime, most major cities in Europe set up Christmas markets in town squares where local vendors and artists can sell their work. You don’t have to walk long in a city before you stumble upon one or another. In Vienna, these markets are located all over the place, from slim alleyways to sweeping, open city parks. Most other cities in Central and Eastern Europe have Christmas markets that spring up in the winter season as well. Braving the cold of the evenings to peruse the tiny booths and tables was well worth the layers of scarves, leggings, and socks I had to lug around with me.

The magic of Christmas in Vienna, aside from these Christmas decorations and marketplaces, is the music. The ballet puts on grandiose spectacles of The Nutcracker each year and Handel’s Messiah is a favorite of the Opera as well. But, to me, the most marvelous thing about Vienna’s music scene was the street musicians and carolers that seemed to line every other corner of the city. Music filled the air like a sweet scent and gave the city a living, breathing personality and atmosphere. It was as if the Christmas lights shone just a little bit brighter when accompanied by perfect, German traditional folk carols. Exploring Europe in the winter was like transplanting myself into the middle of a silent film – antique, grandiose, and just plain magical. 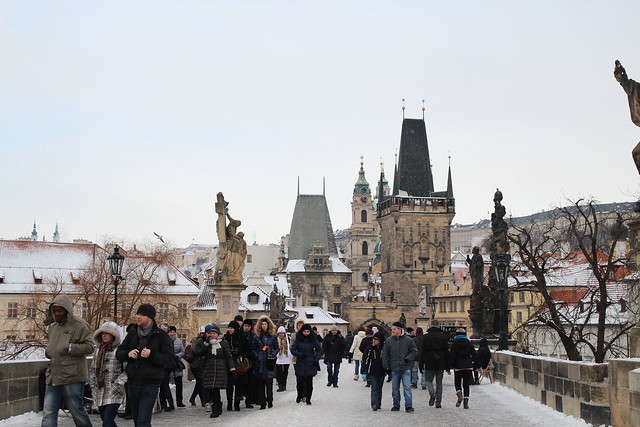 The concept of the “off-season” is a strange one to me, because I believe that every season a good season to travel. Nonetheless, winter is the “off season” for tourism in Europe, so things are generally cheaper, less crowded, and overall more satisfying given the lower volume of tourist traffic. Even though I was clearly a foreigner, I didn’t feel at all unwelcome when I traveled through Central and Eastern Europe during this time of year. In fact, I even made a good number of local friends in each city!

In Budapest, I would sit in ruin bars with peeling walls and dilapidated roofs and try to converse with anyone I met who spoke a wink of English. Most people knew at least a little bit, and tried to use as much of it as they could with goofy, slightly embarrassed smiles on their faces. Perhaps everyone was preoccupied with preparing for the upcoming holiday season, or maybe just excited at the dwindling number of tourists milling around. Either way, I found the overall lack of tourist congestion gave me a much more personal and memorable experience than waiting in lines for hours. 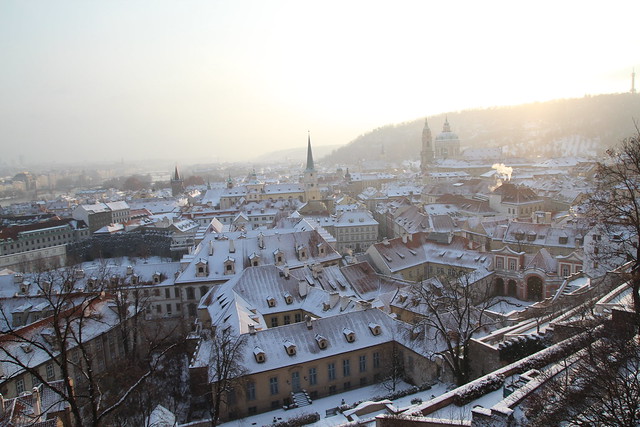 One late afternoon, I took a hike up to Letna Park in Prague with a new friend. Climbing dozens of stairs in the bitter cold of the Czech Republic was not exactly my original idea of fun, but as my breathing deepened and my legs began to ache, I also slowly rose to the pinnacle of the stairs – an old, swinging pendulum overlooking the city. Standing at its base, I looked over the city at dusk as smoke puffs rose out of chimneys and snow blew in swirls over shingled rooftops. The city’s thousands of steeples seemed to almost extend over the horizon, starkly marking their presence like upside-down icicles. It was like I was looking at the entire city through blue goggles – everything took on the same grayish-aquamarine color of twilight.

If there is one thing that resonates in my memory from visiting Europe in December, it is the breathtaking views of some of the world’s most historic, fascinating architecture covered in ice and snow. Prague, Vienna, Budapest, and all of the little cities in between were absolutely breathtaking in the frozen glory of the winter season. That thin layer of untouched snow that covers every roof in every city adds an element of mystery and grandeur to famous faces etched in the history of the world.

19 thoughts on “Why Europe is Better In the Winter”