I’ve touched on my travels around Kyrgyzstan and the awesome food scene in the country but I wanted to get down to the nitty gritty of what it was really like in Kyrgyzstan and why you should visit! 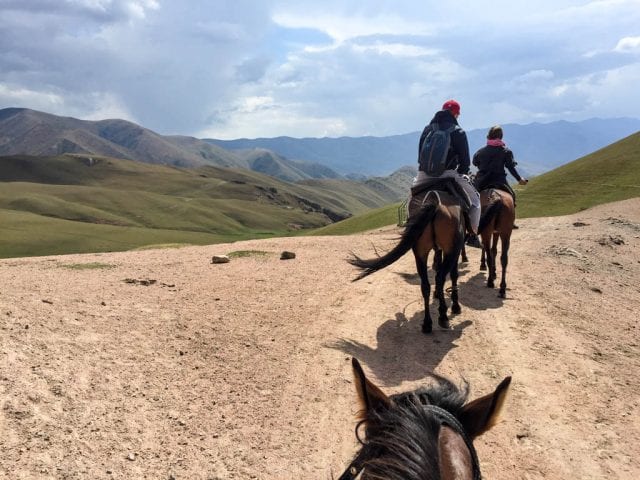 Much of Central Asia is a trekker’s dream. For an out of shape girl like myself, it is a challenge. Enter “trekking” on horseback! Although I was nervous for how my derriere was going to feel after spending 2 days on horseback, I thought it’d be an experience I couldn’t pass up! And I was certainly right.

We spent 2 days exploring the Northern Naryn Region and went from Kochkor to Song Kol Lake. There really is nothing that compares to being in the virtually untouched wilderness. The views were absolutely astonishing.

We were welcomed into yurts for two nights on the trail and again, an unforgettable experience. Language wasn’t common between my group and the yurt family, but it wasn’t entirely necessary. We were met with kind eyes, and kids and animals that were more than interested in befriending our group.

Sitting down to a never ending hot cup of tea, and big meal of plov (a hearty meat and rice dish common to the region) and never ending bread with a fire nearby is all you really want after hours on a horse.

Song Kol Lake certainly deserves a visit. This serenely calm lake was surrounded by majestic mountain views and really showed off how gorgeous Kyrgyzstan really was. I even made a baby donkey friend. 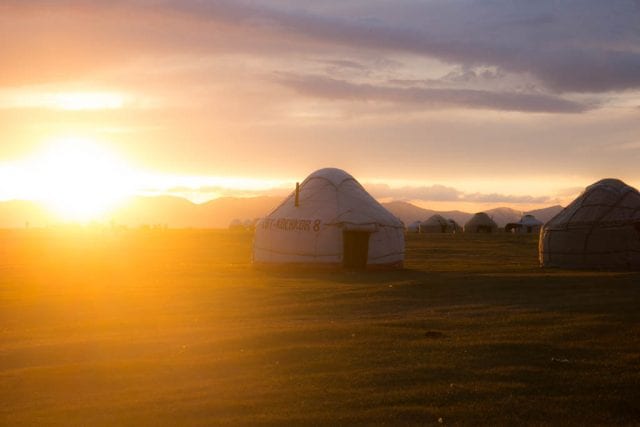 It is incredibly cheap.

Tourism hasn’t exactly hit Kyrgyzstan. Yes, avid backpackers and trekkers have begun infiltrating the country and region due to the amazing trekking, landscapes and people, but the majority of travelers wouldn’t think about stopping in Kyrgyzstan on a round the world trip.

There are definitely reasons to put Kyrgyzstan on your itinerary, however! Unlike many other Central Asian countries, Kyrgyzstan doesn’t require an expensive visa to visit if you come from the US, UK, Australia, and many other countries.

Big delicious meals can be had for a few dollars, a warm bed not much more, and your most expensive cost will likely be whatever handicrafts you pick up from the locals! The important thing to remember, though, is that cash is king in this country, not many places will even take cards. 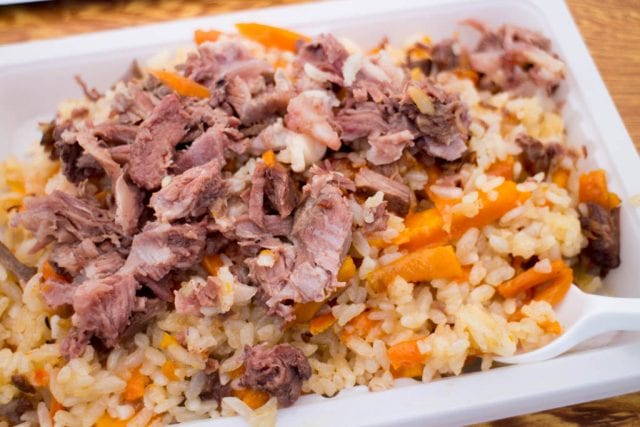 Check out my food guide to Kyrgyzstan for more in-depth info, but bottom line, don’t ask too many questions. It is certainly a country that isn’t ashamed of eating animals that aren’t really popular in other places, ie. horse. It will be an adventure for your taste buds like no other.

Plov quickly became a meal I looked forward to. It was always a little different but rotated around rice, hearty veggies and meat. I’m fairly certain I had a version with horse meat at one point, but beef was the typical addition. 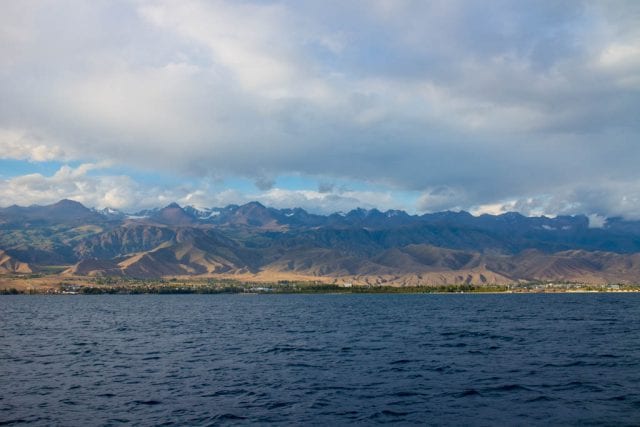 Because most of the country lives nomadic and tourism isn’t bringing droves of English-speakers into the country yet, English speaking locals are rare to find so this is certainly a place where speaking a touch of Russian will get you far. A fair amount of the country speaks Russian, but many also or only speak Kyrgyz, a language very similar to Russian.

Luckily, there were quite a few Russian speakers in the group that I was in and because Kyrgyz is so similar to Russian, it wasn’t impossible to communicate with them as well. Speaking and interacting with the locals is ¾ of the fun and the draw of Kyrgyzstan, so don’t limit your experience because of a lack of language. 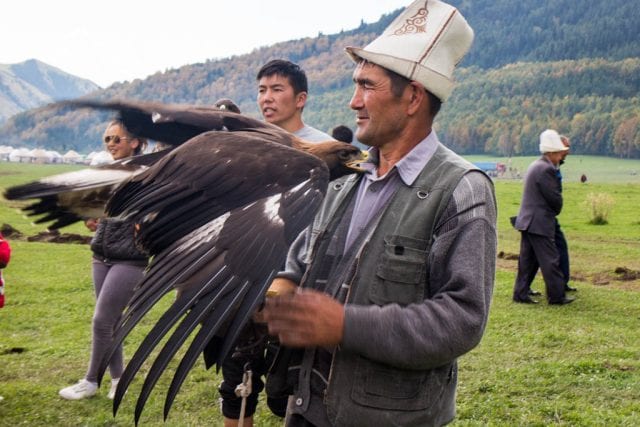 If You’re Visiting in 2018, Plan Your Trip Around the World Nomad Games

This will forever be the most interesting experience I’ve ever had as a traveler. The World Nomad Games are exactly what they sound like, olympics for nomads. But you don’t get, is just how badass they really are.

For now, the games take place near Issyk-Kul Lake in Cholpan-Ata in Kyrgyzstan every 2 years. There are 3 ‘campuses’ of sorts that divide the categories of the games. One is set up for intellectual games like mancala, another is about a half hour drive into the mountains offering a gorgeous backdrop for competitions like eagle hunting, yurt building, and archery, and the final, main stage is where the horse events like the infamous Kok-Boru and wrestling events take place.

Quick side note: Kok-Boru is a sport where two teams of I believe 5 ride on horseback. They are trying to get a “ball” into their goal on either end of the field. The catch? The “ball” is a 70+ pound decapitated goat carcass. It’s a very thrilling sport to watch, that’s for sure!

The games welcome participants from countries around the world! We even saw and chatted with a US Kok-Boru team which was a bit surprising! They are designed as a celebration of the historic heritage of the nomad culture and really highlight sports and activities traditional to them.

Disclosure: My trip was organized in cooperation with Discover Kyrgyzstan, and made possible by the support of the American people through the United States Agency for International Development (USAID). The contents are the sole responsibility of the author and do not necessarily reflect the views of USAID or the United States Government.

8 thoughts on “Why You Should Visit Kyrgyzstan”