’ve wanted to talk about my experiences working abroad with the BUNAC work visa program for awhile now. The six months I spent working and living in London are some of the happiest months of my life up to this point. But even though I went to London and not India or the Dominican Republic, it was still a turbulent and at times stressful ride.

I fell in love with London when I studied abroad there in 2006.  From the frantic black cabs to the shady squares of Bloomsbury to the palatial British Museum, I adored everything about the city.  My three months at University College London whizzed by and by the end I felt as if I’d only seen a tiny chunk of what the city had to offer.  With graduation rolling up fast and absolutely no clue as to what I might do career-wise I was determined to return somehow.

In a moment of serendipity a like-minded friend told me about the BUNAC program. BUNAC is one of the most popular work abroad schemes for young Americans (and Canadians I believe, although it’s called SWAP there). For a couple hundred dollars they help students and young travelers obtain work visas in the UK, Ireland, Canada, France, Australia and New Zealand. As a recent graduate I was able to obtain a 6 month work visa for the UK, without having to go through the absolute nightmare of red tape that is British Immigration. 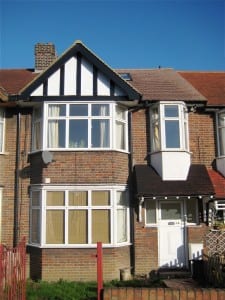 The procedure to apply was ridiculously easy. I filled out a form, had an employer write me a recommendation, sent it in along with $350 and a passport sized photo and about a month later received my 6 month work visa in the mail.

Once I arrived in the city I had to attend a 2 hour orientation at the BUNAC headquarters near the Farringdon tube stop. The office offered resources and assistance in finding housing and a job, but it was the responsibility of the individual to work these things out. My visa qualified me to work in any field I chose save professional sports or entertainment star (not much chance of that). After several stressful weeks of typing tests and interviews with employment agencies, I ended up finding work as a receptionist at a rather famous auction house.

After that I was pretty much on my own. BUNAC offered monthly meet ups and sponsored day trips around England, but I mostly avoided these meetings. After all I didn’t come to the UK to hang out with a bunch of Americans, and I was pretty absorbed in my own life by then.

Within a month of arrival I’d found a flat in North Acton where I lived with three Australian boys (which was in adventure in itself). I’d found a dull, but okay paying job. I’d made some friends and even met a boy. It was actually pretty amazing how well things worked out.

I’d suspected living abroad would be very different from studying abroad, even in the same city and I was right. More on this, and my conclusions on the work abroad experience next time.