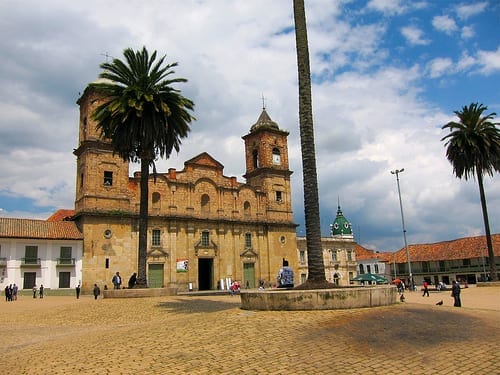 The main attraction in Zipaquirá isn’t the beautiful church or the old town. It’s actually what’s happening below the surface that people care about. 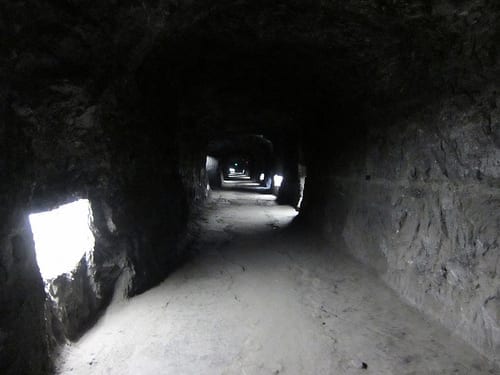 You see, Zipaquirá has had a major salt mine for thousands of years. Salt mining is profitable but pretty dangerous for the miners who use dynamite and pickaxes to chip away the rock salt. It’s enough to make anyone turn to religion. About 50 years ago the miner’s decided to turn their talents to creating a giant underground church, carved almost entirely out of the salt: 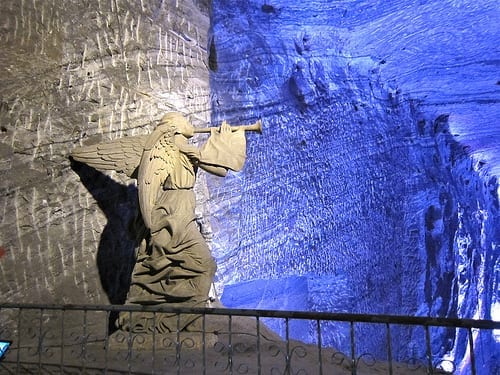 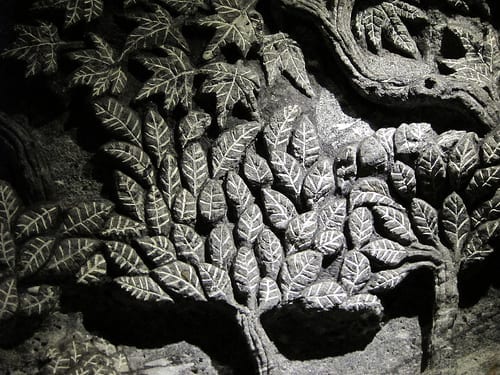 Talk about a serious labor of love. The result is an absolutely enormous church over 200 meters deep in the mountain. The main sanctuaries were created by adding on to already existing mining tunnels, creating cavernous spaces lit up by LED lights. 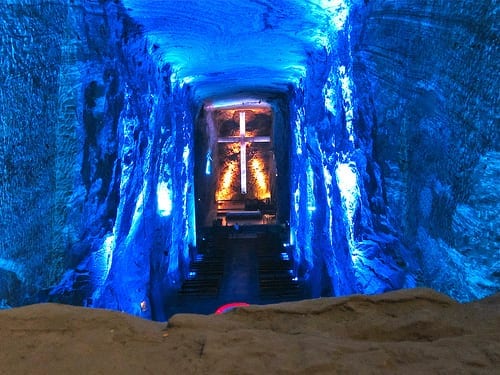 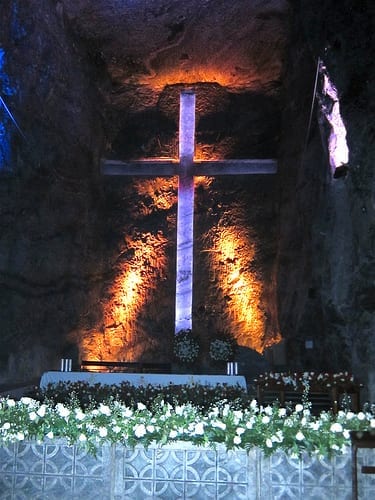 This is actually the second Salt Cathedral at Zipaquirá the miners carved. The first one, built in the 1950’s was too close to the surface and was destroyed by a flood in the eighties (as you can imagine, salt and water don’t mix). Undaunted they created an even bigger, more elaborate church. It took four years and cost millions of dollars- which they’ve made back and more with tourism.
One long hallway has enormous symbolic depictions of the stations of the cross. The devout make pilgrimages to the mine, and there are stone kneelers all around. 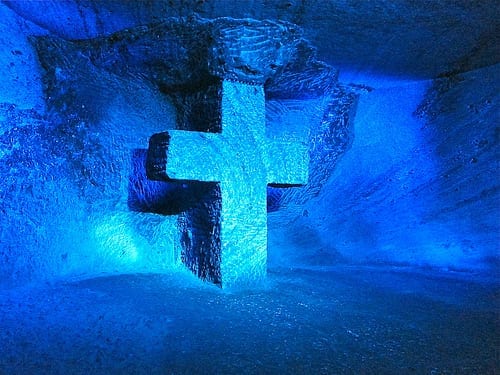 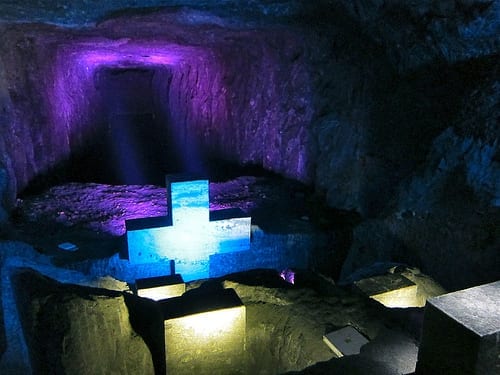 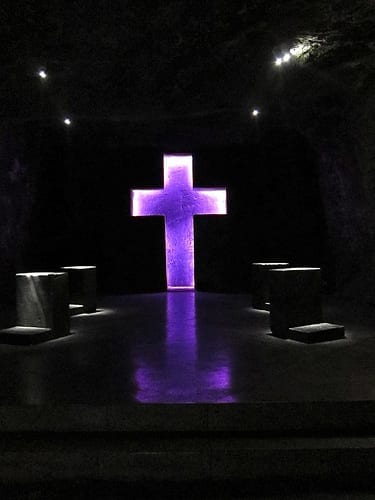 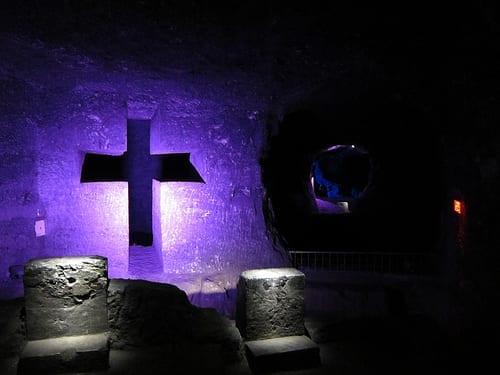 Beautiful but uhh, kinda trippy. The place is illuminated with multicolored LED lights which only increase the dramatic effect of the caves sharp edges. 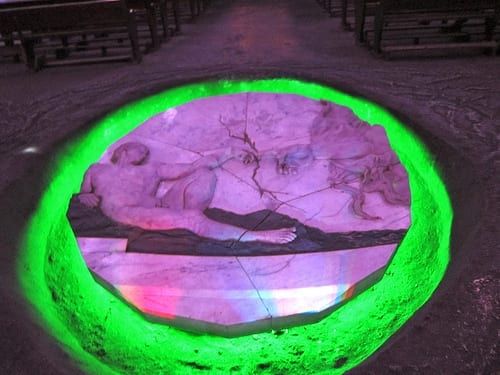 It’s a strange and beautiful place. There is a certain solemnity deep inside the earth.  It’s a serious labor of love and you can feel the devotion of the miners who created it. Although the place may indeed be a major tourist attraction, it’s one with a real heart.

Zipaquirá is a popular day trip from Bogota. To get there you can either take a “tourist train” which takes around 3.5 hours each way or you can take the more local approach: take the bus to the edge of town and hail a local shuttle bus which will have you in town in about an hour for the rate of around $2 each way.
Entrance to the Cathedral is 20,000 pesos (around $11 US) and includes a guided tour and a really hokie 3D movie.

Planning a Trip to Colombia?  Be Sure to Check Out These Other Articles For More Travel Advice:

Monserrate: High Above the City

The Weird World of Colombian Fruits

Things to Do in Cartagena, Colombia – A Weekend Guide