What would you do if you had more money than you could ever conceivably spend in your lifetime? Would you hoard it, like some famous fat cats, or would you try to help people?

My first thoughts are of course of having a villa in 12 of my favorite countries and an army of shelter pups, but I like to think I’d help others too. This is why I’ve so admired Bill and Melinda Gates. Despite being literally the richest people in the world they’ve chosen to dedicate their lives to altruism and making the world a better place for everyone.

Bill and I both call Seattle home, but we’ve yet to cross paths ( (I guess maybe he’s not as into frozen yogurt and happy hour tater tots as I am), but I have gotten more familiar with his work, thanks to the Bill and Melinda Gates Foundation Visitor Center. 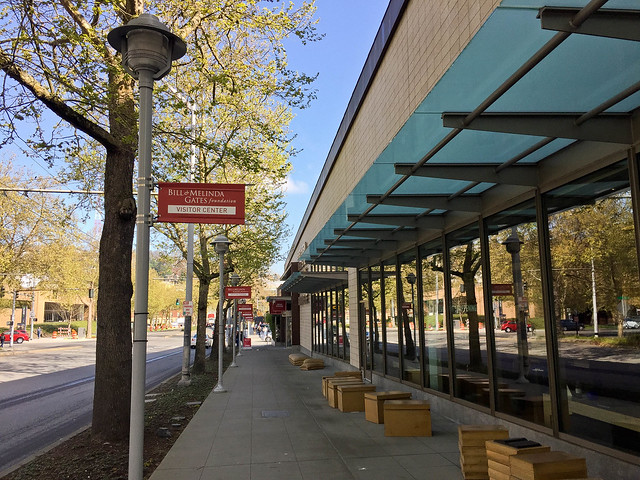 If you’re sightseeing around Seattle, I highly recommend a stop at the Gates Foundation Visitor Center. It’s conveniently right by the Space Needle, it’s totally free and it’s really interesting. The Gates Foundation invited me to come by and have a look around the center a few months ago.

The Visitor Center is designed to be the “front porch” of the Gates Foundation. A way to connect with the public and involve them in the work that they are doing. There are several rooms full of multimedia experiences which show the history of the foundation and the kind of work they do around the world. 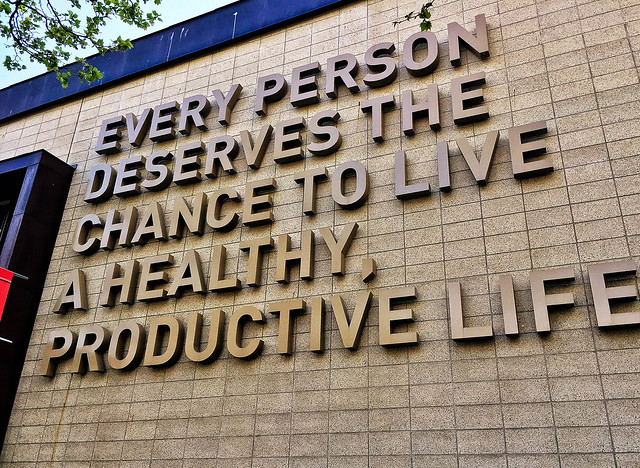 The Gates Foundation was created by Bill and his wife Melinda, along with his dad William H. Gates. In 1997 Bill read an article about dirty drinking water killing millions of children in third world countries. He sent it to his dad along with a note saying “Dad, maybe we can do something about this.” From that an idea was born that has simply grown and grown. In 2008 Bill Gates left his job at Microsoft to work with the foundation full time. It now has an endowment of over 41.3 billion dollars ($28 billion donated by Gates himself).

Inside the Visitor Center you can get an idea of the wide range of initiatives the foundation supports. They do tackle the issue of clean drinking water, along with about a hundred other important topics, both regional and global. Instead of running their own programs, the Foundation gives it’s money in the form of grants to thousands of associations each year. They have their hands in a little bit of everything, from inventing a better toilet to curing malaria, supporting Seattle area food banks to improving agricultural practices worldwide. 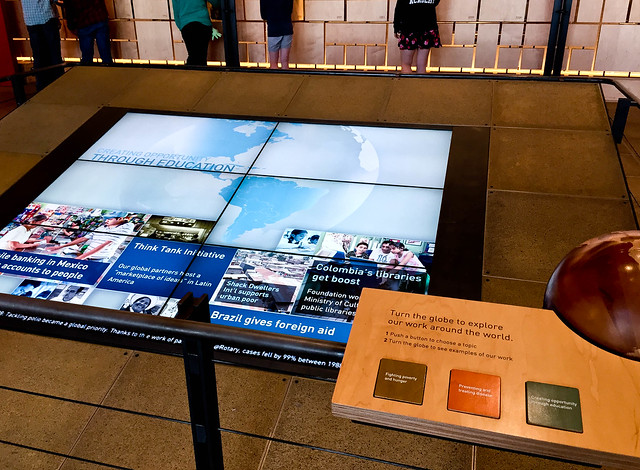 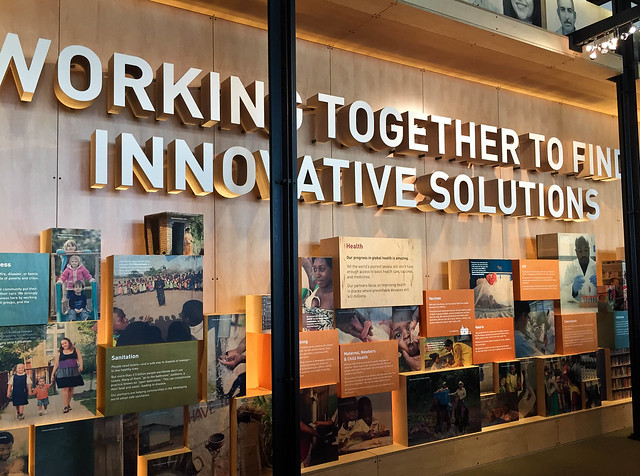 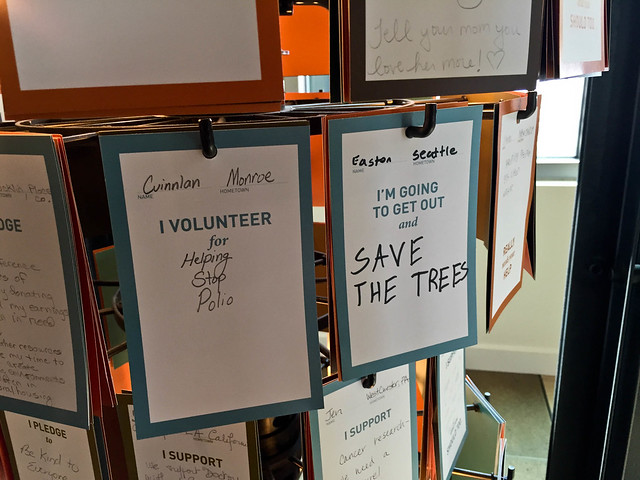 The visitor center itself is fun and interactive, with stations where people can learn about issues, develop their own solutions and make their own pledges of service. The center doesn’t just show you what it’s doing, it invites you to get involved.

It was particularly touching for me as an international traveler who has seen up close and personal some of the poverty and frustration of living in third world countries. Oftentimes when we see that kind of misfortune on such a large scale it makes us feel helpless. But I left here feeling inspired. The real message of the Gates Center is that you don’t have to be a billionaire to effect change. Every little bit can help. 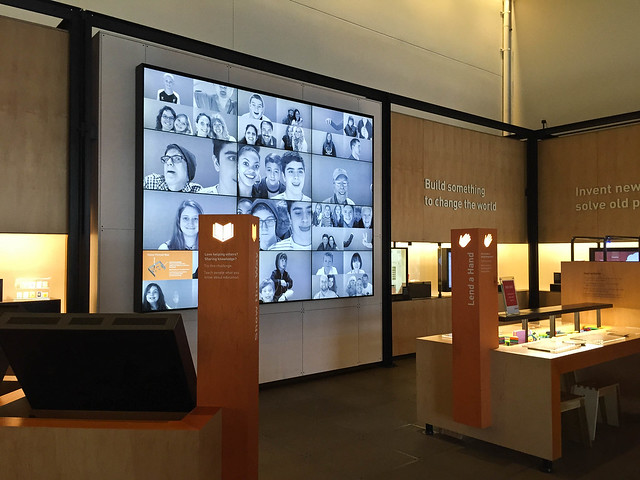 Disclosure: The Gates Foundation invited me to visit, but the tour is free for everyone.