You may not know this, but I’m kind of a big deal… in China anyways.

I’ve been visiting Mike in Xi’an for a little over a week now. It’s been so nice: the university Mike teaches at is up in the mountains and I’ve barely seen any of the sights downtown yet. Instead of rushing out to see the Terracotta Warriors or bike the city walls, I’ve been trying local foods and following Mike to school events. Basically, I’ve been relishing being in one place for a little while.

Besides, on campus WE are the main attraction. The first time I noticed it was in Shanghai. As I marvelled at the lights along the Bund a young chinese guy stealthily approached me at an angle. In an instant he whipped out his camera, blasted me, full flash in the face before grinning and running off.

Shanghai is a pretty cosmopolitan city so this only happened a couple of times. Nothing compared to the onslaught of paparazzi waiting for me in Xi’an. A school of 20,000 kids with a totally of 7 western teachers means that we are quite an exotic rarity. My blonde hair seems to be a particular novelty. We can’t even go to the dining hall without being subjected to open mouthed stares and whispers.

And pictures. People snap pictures on their cellphones when we go out to eat, or are at KTV. They are not even slightly subtle about it. The braver girls come ask for a picture WITH me—agreeing to one means agreeing to hugs and snapshots with about a dozen strangers. It’s not that I mind, I just can’t fathom what they are DOING with these pictures. Before I went to Asia, I never really understood what it meant to stand out so clearly just from one’s appearance. In my past travels in Europe it was fairly easy to blend in and (except for Italy) I never attracted much attention. But here, where diversity is so narrow and foreigners so very rare, I stick out whether I want to or not. All of a sudden I’m much more self-conscious, fixing my hair in the mirror, trying not to be such a klutz. People are watching after all.

I’m even more notorious around campus because of my coveted title of “Michael’s Girlfriend.” I might as well change my name to that, as it’s all I’m known by around campus. That’s what I get for dating the hunky American english teacher I guess. They love him and by extension they love me, we are the Brad Pitt and Angelina Jolie of the university. They just LOVE love. We pose for photos, pretending not to hear their chants of “kiss! Kiss” and pretending even harder not to hear their constant question “why aren’t you married yet?” It’s fun and flattering for sure, if a little disconcerting. I can’t lie and say I don’t enjoy the constant compliments on my looks, my hair, my laugh. I could see how if would go to someone’s head, but really I know it has absolutely nothing to do with ME. I’m not REALLY a supermodel. I’m just a novelty to them, something so very different from what they see everyday.

There’s a darker side to this too. It’s bigger than me. It’s an entire standard of beauty, a western standard of beauty, that has managed to pervade every corner of the world, even this mountain school in central China. It’s white women in beauty ads, it’s skin whitening creams and it’s the eyelid tape that was so popular when I was in Japan. It’s this ridiculous worldwide advertising conspiracy aimed at convincing us that it’s imperitive that we all look the same. 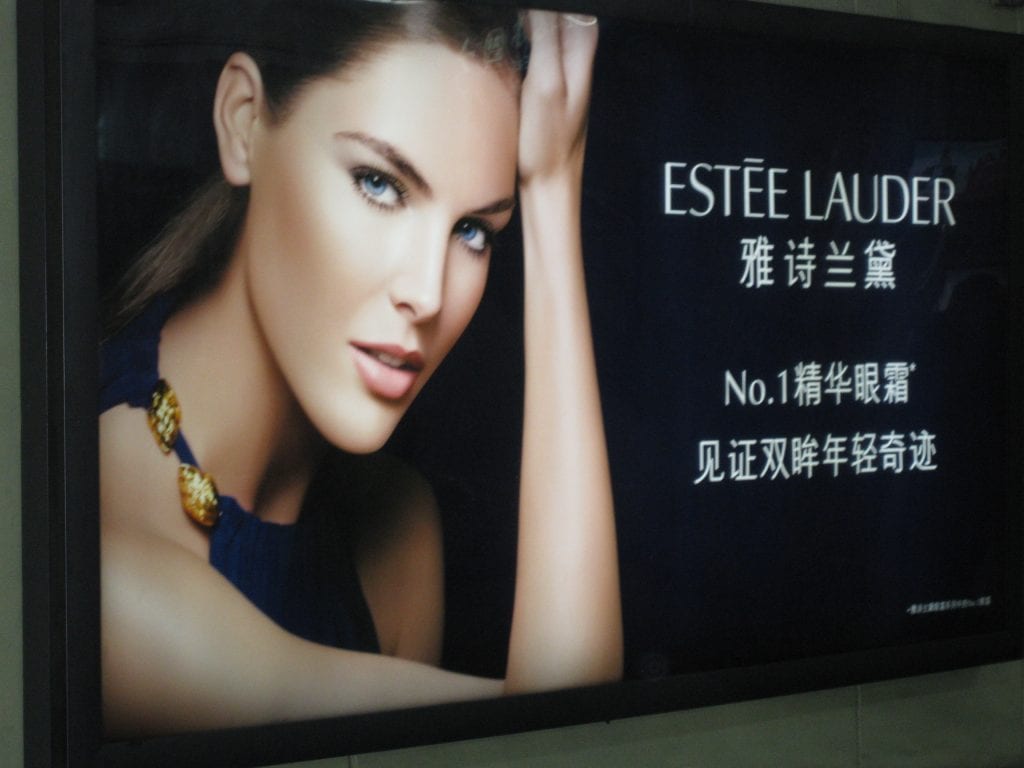 There’s not much I can do about that though, except graciously accept their compliments, pose for their pictures and extend my own genuine comments. One girl has amazing bone structure, another beautiful shiny hair.

These standards of beauty, they are so peculiar. There’s a lot about it I don’t understand.  Luckily it’s exactly the kind of thing I hope to explore more throughout my travels.

46 thoughts on “My Life as a Chinese Celebrity”