Welcome to our ongoing series that asks: How Much Does it Cost to Travel?

Today’s budget is from Laura of Travel Addicts. 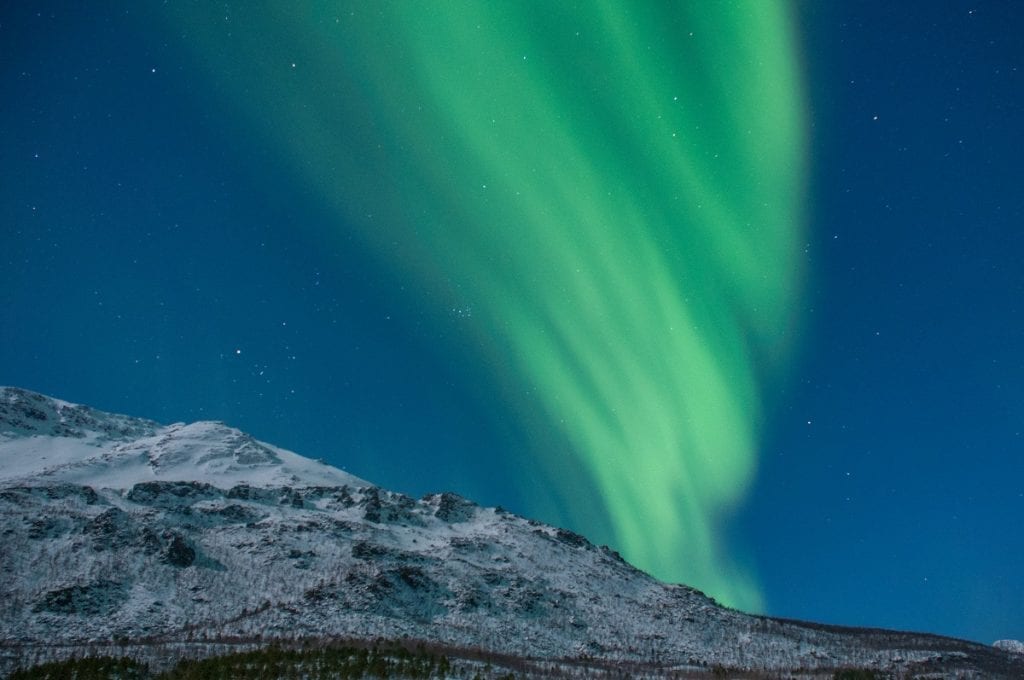 We took a trip to Norway for an 8-day winter adventure.

We started in Oslo and booked our own version of the Norway in a Nutshell route with a stop in Flam on the way to Bergen. After several days in Bergen, we flew to Tromso above the Arctic Circle.

How much money did you spend overall on your trip to Norway?

Airfare: $1200 international airfare from the USA to Norway.  Then another $700 for flights in Norway.

Transportation: $450 for trains, bus, and ferry.

Accommodations: $740 for five nights in hotels and $330 for three nights in an apartment rental in Bergen.

On the ground expenses and activities: $1500 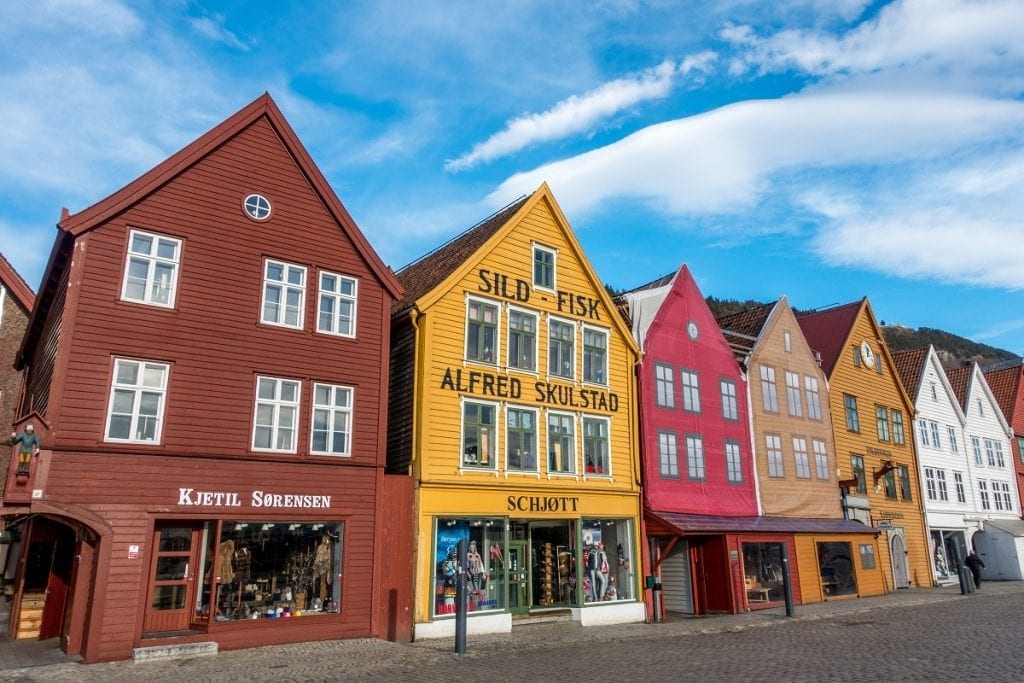 Transportation was our biggest expense for our trip to Norwat since it included planes, trains, a bus, and a ferry. Everything but the planes were to get to and from the airport or were part of the Norway in a Nutshell route, which runs between Oslo and Bergen on Norway’s west coast. The route took us past some of Norway’s highlights, including an amazing ferry ride through the fjords and a trip on the famous Flam railway. It’s a series of tickets on public transportation rather than a package tour, so we saved a little by booking the tickets ourselves rather than going through an organizer.

We stayed in an apartment for three nights in Bergen and hotels elsewhere. We lucked out because the apartment we booked was accidentally double-booked by the management company. They ended up upgrading us to an enormous three-bedroom place in a great location.

Hotels in Norway can be expensive, so we would suggest booking as far ahead as possible when planning a trip to Norway to give yourselves the most options. 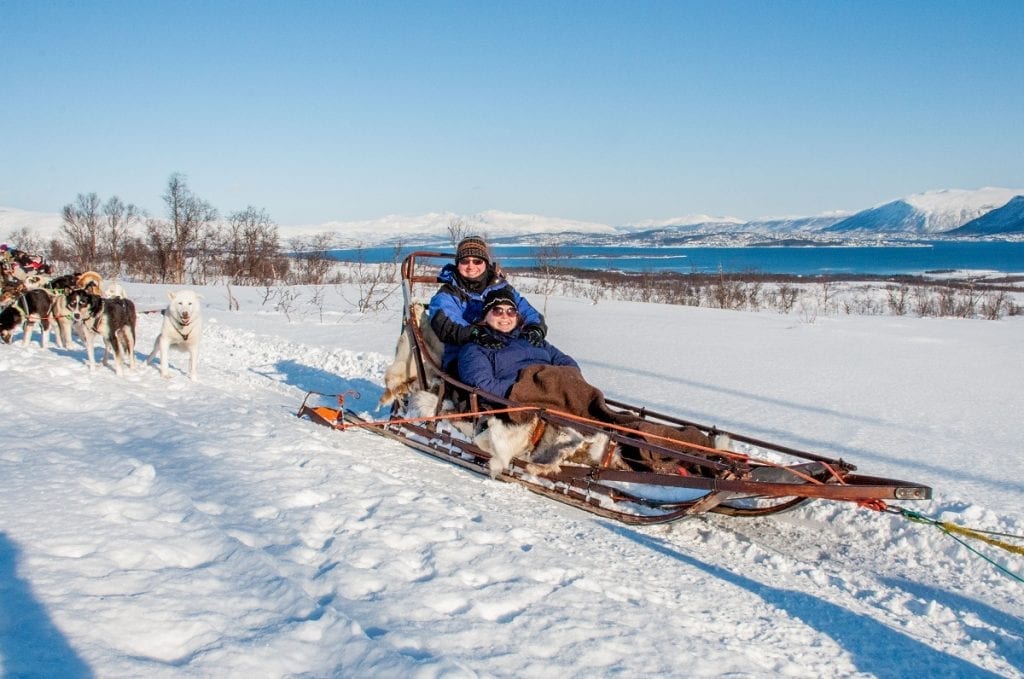 For the most part, this trip to Norway was about the outdoors. We took a ride through the snow-covered fjords on the way to Bergen. We spent two nights watching the Northern Lights, and we went dog sledding. Otherwise, we visited markets, searched for street art, took a cable car to the top of a mountain, and spent time walking around the cities.

What did you splurge on during your trip to Norway? Was it worth it?

Our biggest splurges were the night tours to see the Northern Lights and the dog sledding. We decided to do the Lights twice because they’re a natural phenomenon and can be unpredictable—we didn’t want to travel all that way and miss out. It was absolutely the right thing to do. Our first night was very cloudy, so we didn’t see much at all, but the second night was spectacular. We would do it again in a heartbeat. The dog sledding was pricey, but we assumed it would probably be a once-in-a-lifetime experience, and we really wanted to go with a reputable company. It was definitely worth it.

Because Norway isn’t a cheap destination, we looked for a couple of places to save that wouldn’t impact our experience. Booking our own Norway in a Nutshell tickets was easy and saved about $100, and we stayed in an economical hotel in Tromso. We also weren’t blown away by the food options, so we cooked a couple of nights in our apartment in Tromso, which was a lot of fun.

We collect Christmas ornaments on our trips, so we bought one in Bergen that features the city’s UNESCO site, a row of brightly colored buildings with history back to the 1200s.

Did you do anything special to save up for this trip to Norway? 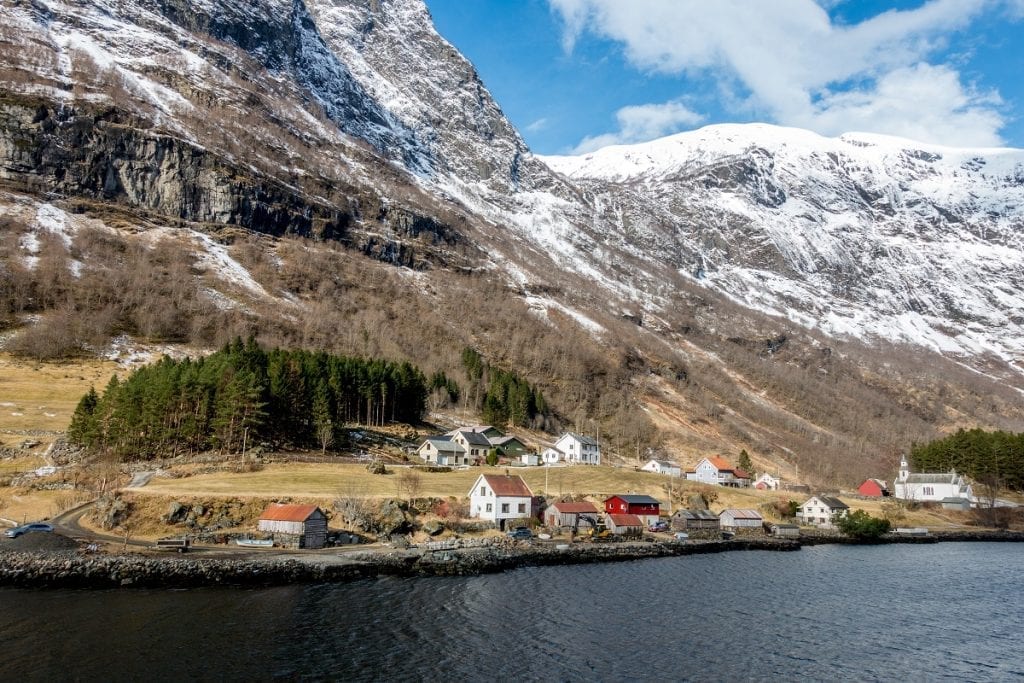 No. We had the idea and wanted to get there while there was still a good chance of seeing the Northern Lights. It was less than a month from when we made the decision to when we left for Oslo.

No, we really loved everything we did. We weren’t expecting it, but Norway is one of our favorites now.

Norway has a reputation as being a pretty expensive travel destination. Everything online and in guidebooks prepares you for very high prices. As a result, we were ready for the worst, but it didn’t turn out to be that bad. Maybe we’re a little used to higher prices because we lived in New York City for a number of years, but we didn’t feel most of the prices were crazy.  Yes, it’s expensive, but not so prohibitively expensive that you can’t have a good time.  It is well worth your time and money to take a trip to Norway. 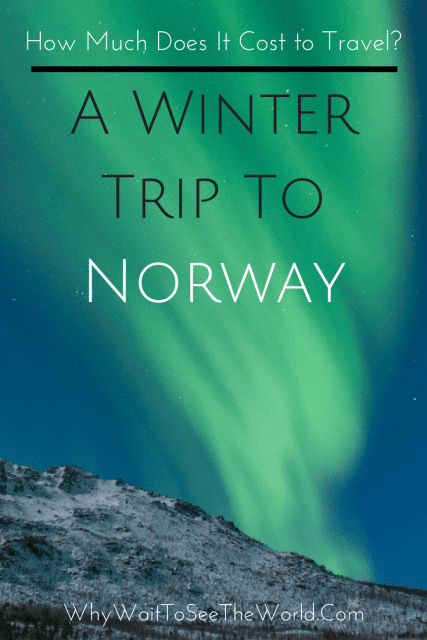 1 thought on “How Much Does it Cost to Travel? A Winter Trip to Norway”