I was at Patong, Phucket and the streets were packed. Maneuvering through all the motorbikes, people, and food stalls keeps you busy enough to forget where you were walking to in the first place. The beach reminded me of spring break in Miami. There are more foreigners in this area than Thai locals.

While sitting at an Internet café, I overheard a woman with her family ask the front desk tour agency if there were any beaches that were less crowded. She laughed and told her there really aren’t many options for her. The woman asked if Koh Phi Phi was any less crowded. The tour agency lady continued to laugh. The woman didn’t want to believe her and repeated the question if there really wasn’t any beaches she could go to with her family that were less crowded. 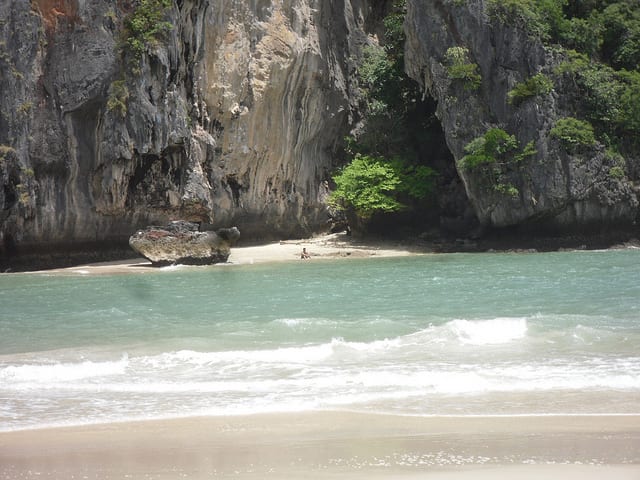 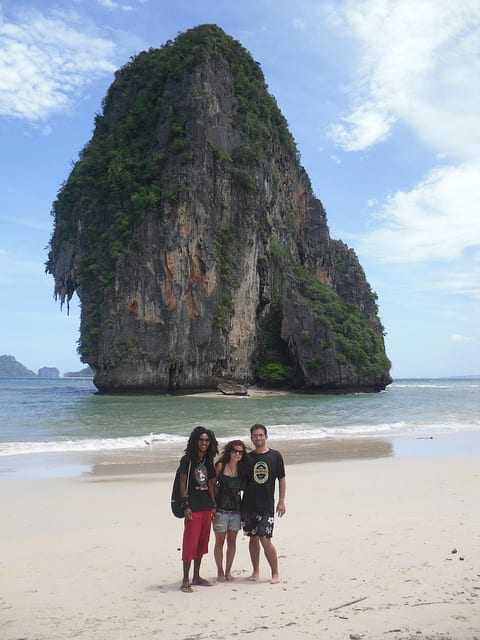 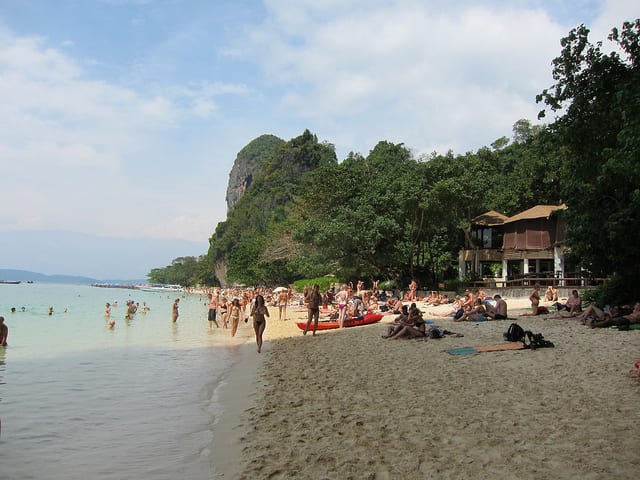 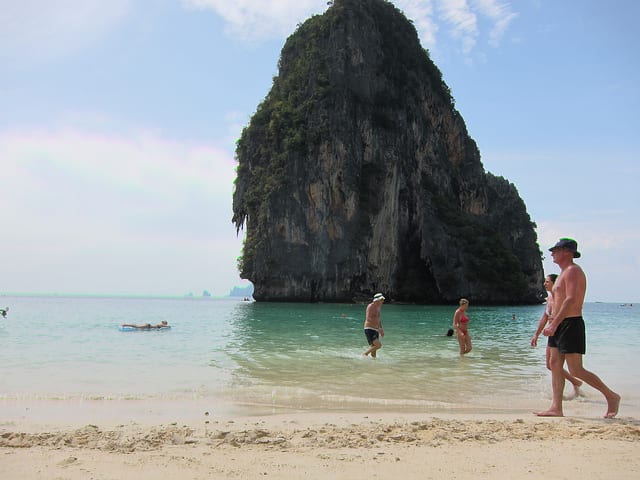 While peak season does not mean the destination is any less amazing, it can impact our perspective of a destination when there are too many tourists. Travel has this weird thing of making places seem like there is less to see because of the amount of people that are there.

Places like Railay beach didn’t have the same affect on me than it had when I went while it was deserted. I know it’s the same exact place and not much has really changed but if I hadn’t been to Railay during the low season as well, would have I known how beautiful it could be during the low season? I may have just judged it as being an overcrowded family beach all the time if I hadn’t been there earlier. The pictures are a contrast of the same beach.

Overall, I think the low season is much better time to travel to Thailand. I’ll take my chances of a few showers rather than overcrowded attractions and highly priced accommodations.