I write a lot about food and its connection to culture, so when I heard about Puerto Rico’s Pork Highway, it was immediately at the top of my list of things to do when visiting the island. The highway didn’t disappoint, and it was easily one of my favorite experience in Puerto Rico. Here’s how you can check it out too. 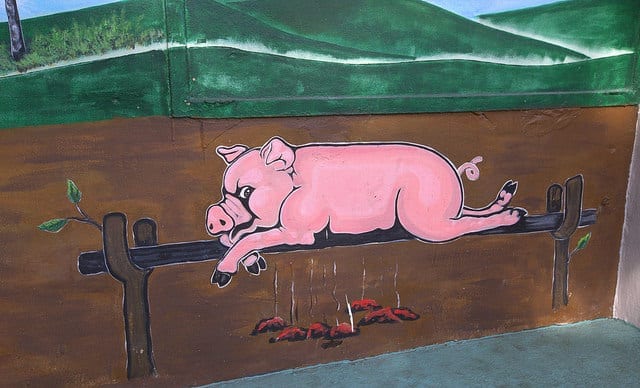 The Pork Highway, or La Ruta del Lechón, is a roughly three-mile stretch of Route 184, which is located in a central area of Puerto Rico called Guavate. This winding road is lined with more than a dozen casual roadside restaurants, known as lechoneras, specializing in slow-roasted whole pig (lechón). Each restaurant uses a unique (and usually secret) combination of spices to season the pig, which is then roasted over an open fire for 6-8 hours.

Aside from the tasty pork itself, people come to the Pork Highway to experience its buzzing atmosphere, with many restaurants also featuring live music and dancing. The road is only about a 45-minute drive from San Juan, yet this mountainous area and its down-to-earth restaurants feel much farther away from the island’s capital.

The Pork Highway is by no means undiscovered (Anthony Bourdain and Andrew Zimmern have both featured it on their shows), but it still attracts a fairly even mix of locals and tourists. It’s an excellent opportunity to explore a less touristy area of the island, as well as sample traditional Puerto Rican cuisine.

When to Visit the Pork Highway

Although many lechoneras are open during the week, weekends are the busiest and liveliest time to visit. It’s more of a lunch-time feast, with most people arriving around noon-ish and leaving before sunset. The atmosphere gets kicked up an additional notch during the Christmas season (which, in Puerto Rico, generally stretches out from early November until mid-January) when many restaurants extend their hours and even more people join the impromptu party.

I can’t say from personal experience what the atmosphere is like on a weekday, but Brent and I visited on a Sunday afternoon and the restaurants were as hopping as I’d heard they would be. You can at least sample the pork on a weekday, but it’s best to plan your visit on the weekend if you’re interested in the overall ambiance as well. 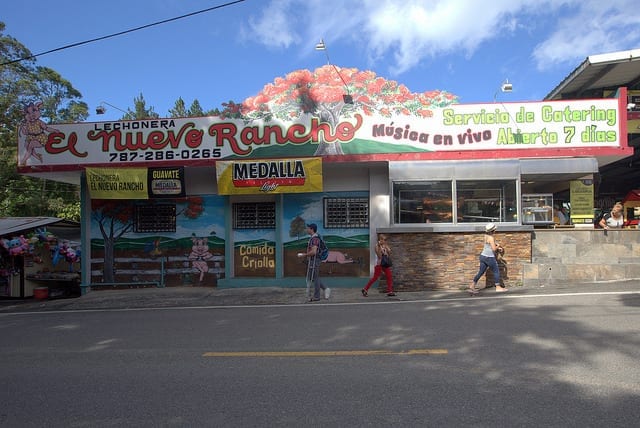 With numerous lechoneras to choose from, which one should you pick? The lechoneras share the same basic set-up, offering cafeteria-style counters where you point at this dishes you want. You then carry your tray of food to a table. In addition to roast pig, the restaurants also serve a number of other local dishes like pastelón (a lasagna-like dish made with sweet plantains and meat), tostones (fried plantain slices), rice and beans, among others. Some places also prepare other meats, like chicken or turkey, in the same spit-roast style used to cook the pork.

It seems like everyone has their personal favorite lechonera. We ate at El Nuevo Rancho, but Los Pinos and El Mojito are also popular choices. The lechoneras are quite spread out along the road, and most people told us to keep driving — even after we thought we had passed the last restaurant – because the best ones are hidden at the end of the road. There are a few restaurants clustered right at the beginning of the highway, which are great options if you’re short on time. Pretty much all the lechoneras have their pig displayed in the window, so it’s easy to tell which places along the road serve lechón.

We initially thought about sampling the pork at more than one restaurant, but if the portions served elsewhere are anything like the ones we received at El Nuevo Rancho, you would have to have a massive appetite or travel with a big group that’s willing to share the enormous portions.

How to Get There 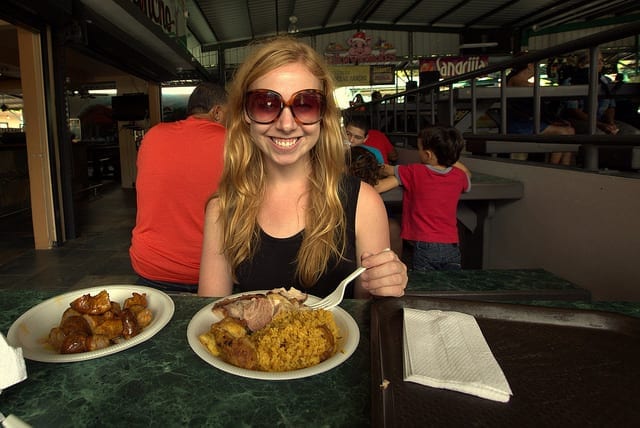 The Pork Highway is an easy drive from San Juan. You basically just follow Highway 52 south from the city, take exit 32, and then make a left turn onto Route 184. I think it’s worth renting a car for the trip because the part of the fun is driving along the road and ogling all the lechoneras at your own pace; however, a few companies also offer organized tours.

Have you been Puerto Rico’s Pork Highway?  What was your favorite spot? 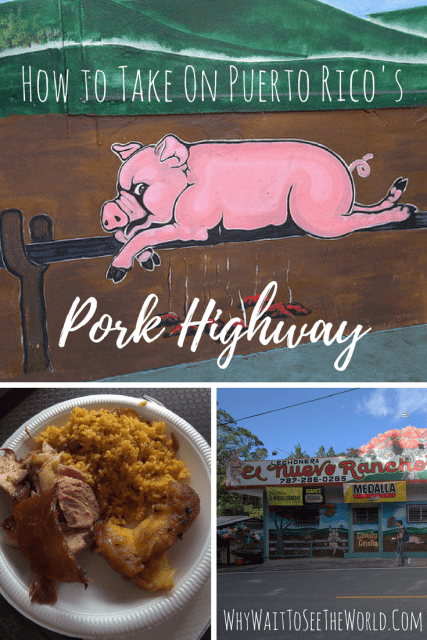